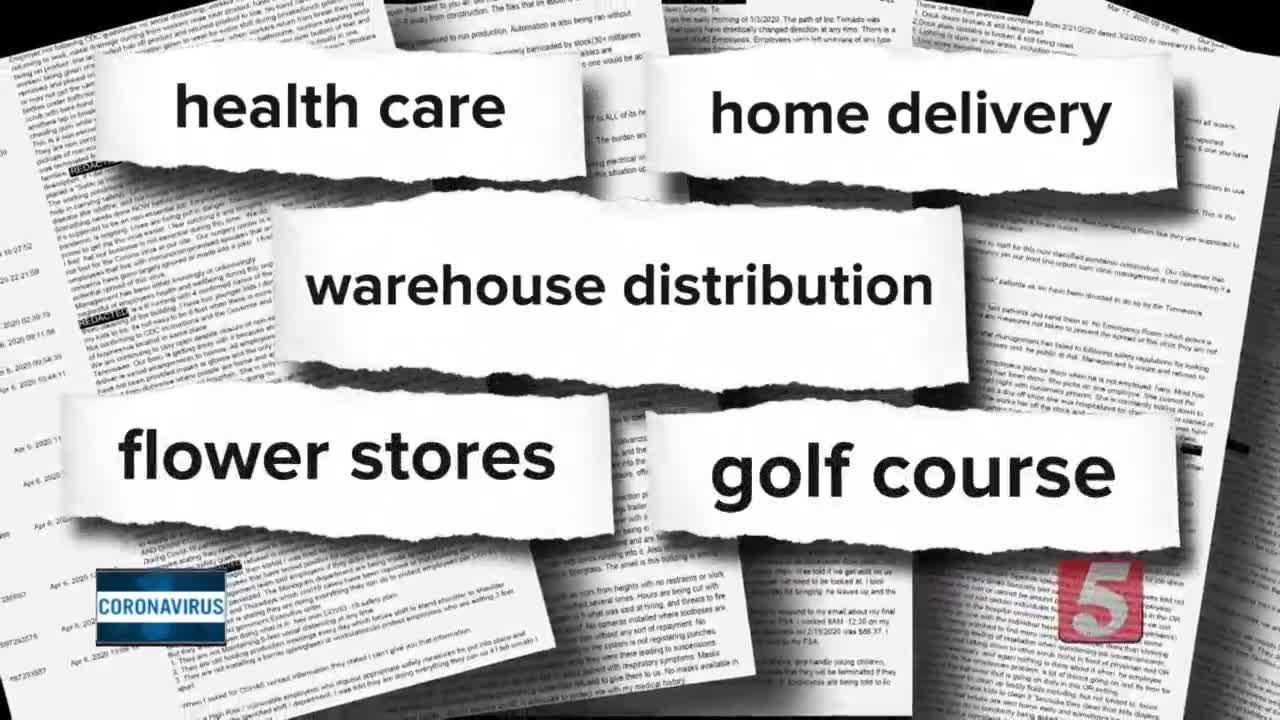 Worker complaints filed with the Tennessee Occupational Safety and Health Administration (TOSHA) reveal fear and frustration that employers are not doing enough to protect them from COVID-19. 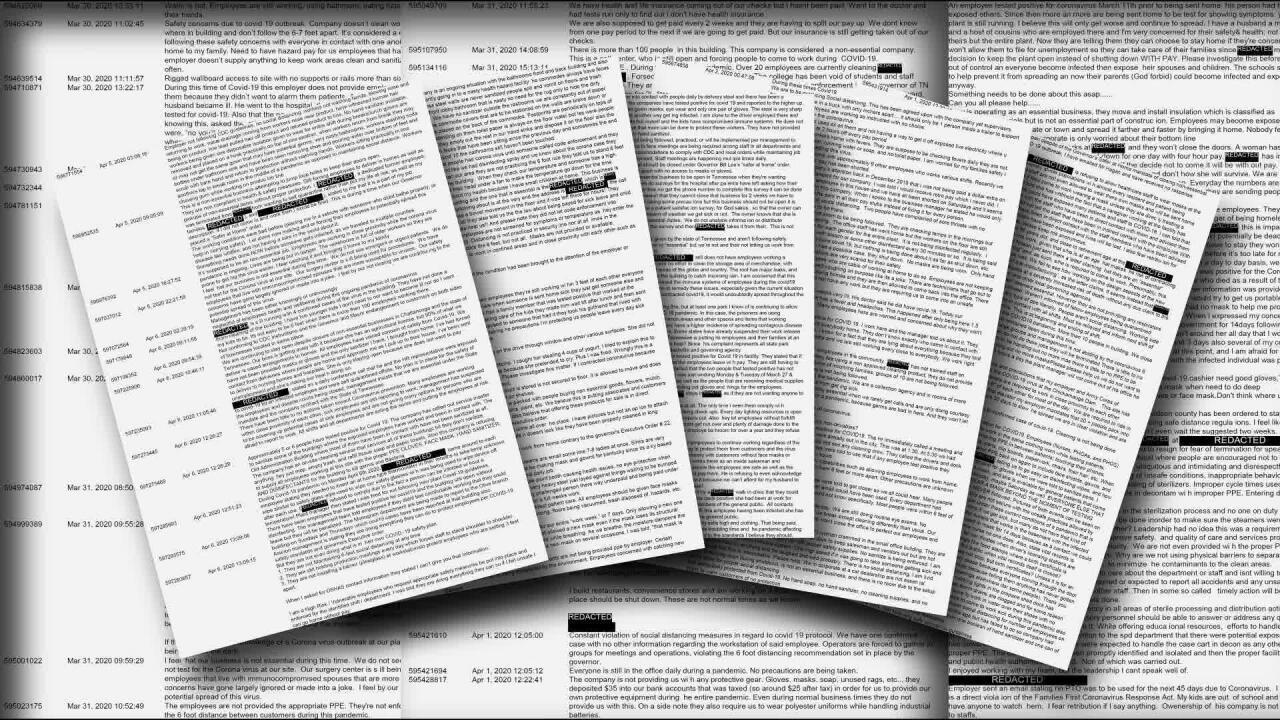 NASHVILLE, Tenn. (WTVF) — Many workers still on the job in the midst of the COVID-19 pandemic do not feel employers are doing enough to keep them safe, according to documents from the Tennessee Occupational Safety and Health Administration (TOSHA).

Even though the state redacted identifying information like company names, it shows many workers feel employers were either unprepared for COVID-19 or unconcerned for their safety.

Ethan Link with the Central Labor Council of Middle Tennessee was disturbed by the number of the complaints.

"There's a lot of folks who are trying to do the right thing by there (sic) employees, and there are others trying to cut every corner they can," Link said.

Many of the complaints were from health care facilities, but we also found home delivery businesses, warehouse distribution centers, flower stores and even a golf course.

An April 6, a complaint involving a business with more than 100 employees stated: " REDACTED (the company) is still running with 4 confirmed cases of the virus in the building. They have not done a thoro (sic) cleaning of the building."

A complaint from April 3, claimed their company told them to lie to "codes enforcement" about having "disinfecting spray" and stated "When they check our temperature and someone has a high temperature they tell them to put their head under a fan to make the temperature go down."

Chris Cannon with the Tennessee Department of Labor said in a statement:

"The typical spread of germs in the workplace is not governed by any Tennessee OSHA workplace health standard, other than sanitation, which requires employers provide soap and water for employee hygiene."

Cannon said TOSHA can't force a business to close but sends "a letter informing them an employee expressed concern about continued operations."

NewsChannel 5 Investigates asked "Would you like to see the state come down harder on some of these businesses?"

Ethan Link with the Central Labor Council responded, "Absolutely, in fact we'd like to see that happen before all of this."

Dozens of complaints reported insufficient personal protective equipment, and many others were concerned a business was still open even though it was non-essential.

"This is a non-essential business attempting to jump loop holes to keep their doors open." an April 5 complaint stated.

Just as workers at the Tyson Chicken plant in Shelbyville recently told NewsChannel 5 Investigates, the complaints depict fear among employees about taking the virus home to their families.

"I don't need nor want to become ill," said a complaint from April 6. "nor do I want my kids to be."

These workers are out in the community at the same shops and stores as everyone else.