Emails also show he tried to sell PPE to Metro 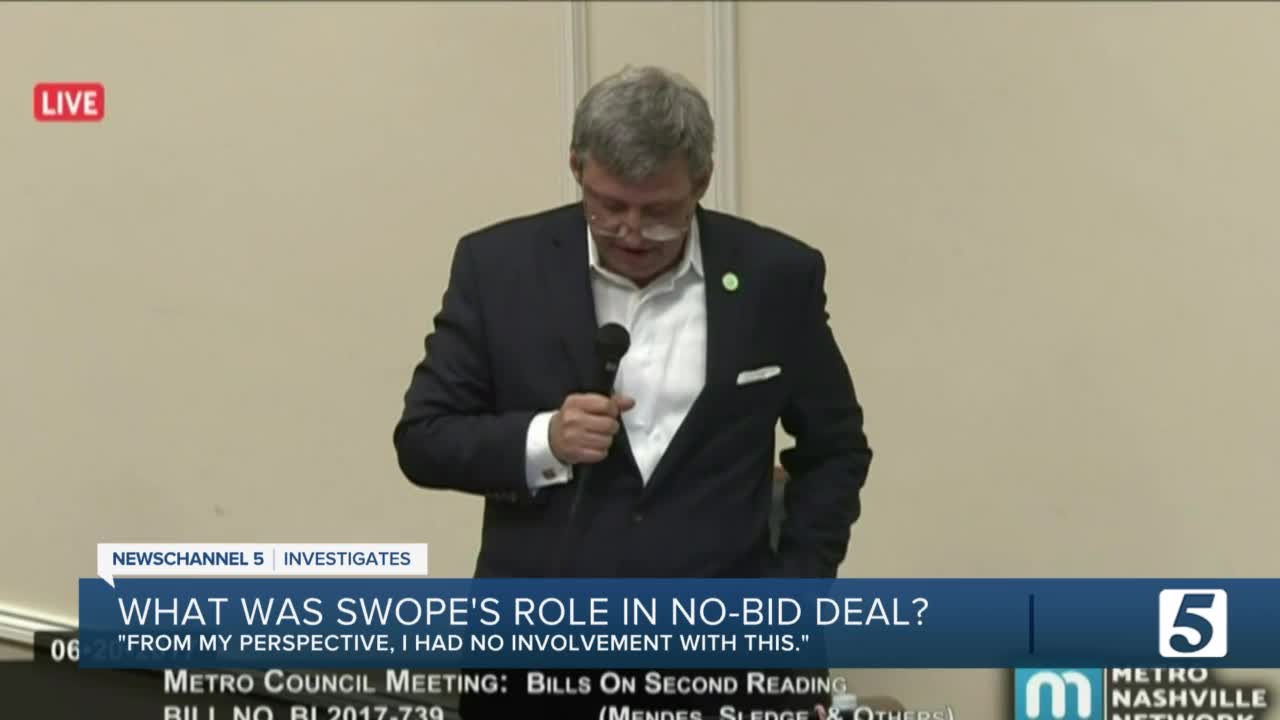 A political activist, who was involved in Tennessee Gov. Bill Lee's $80 million, no-bid COVID-19 spending spree, says he just can't remember how he got involved. 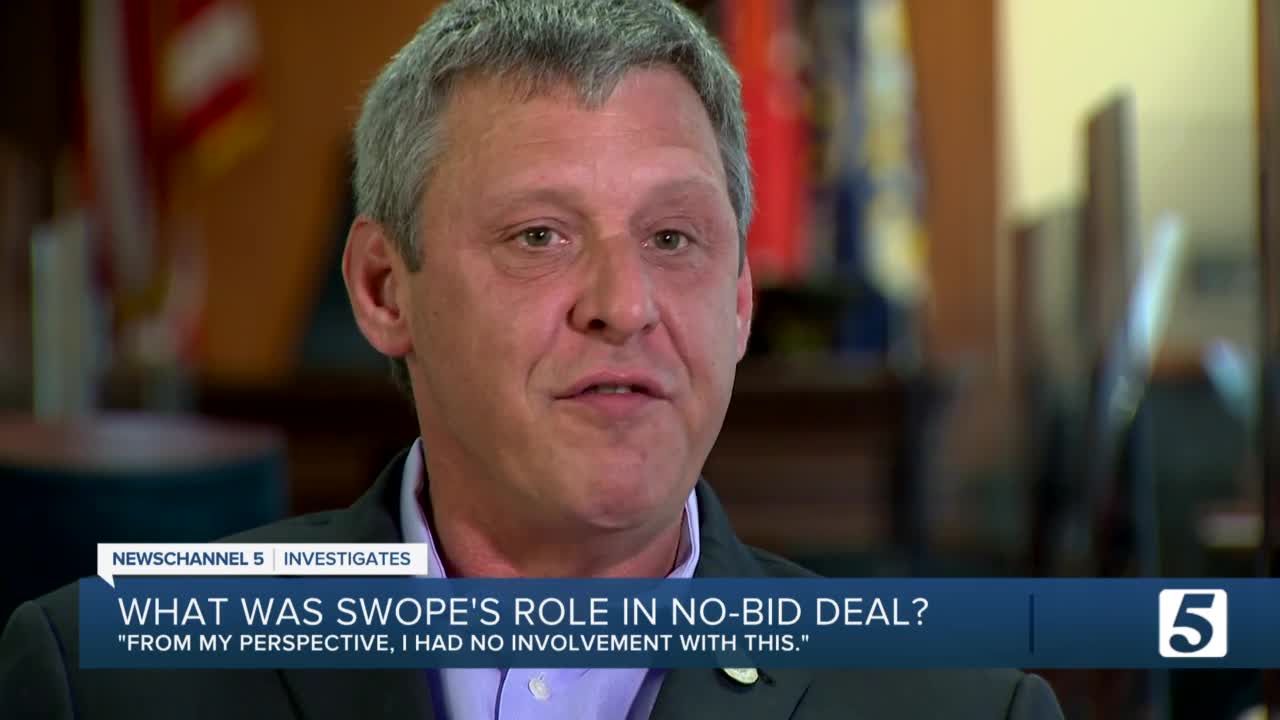 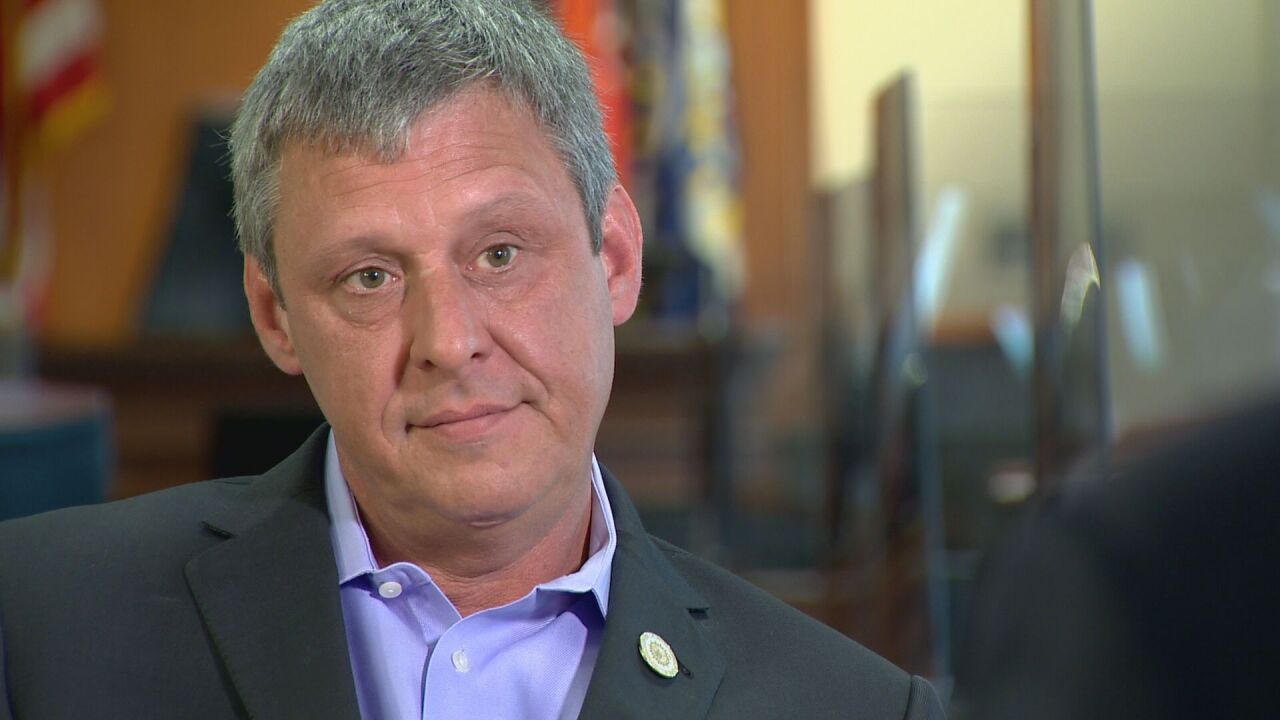 In an interview with NewsChannel 5 Investigates, Robert Swope insisted he never made a dime from his efforts to help a small security company to get millions of dollars of your money.

But Swope's answers left us with even more questions.

"From my perspective, I had no involvement with this," Swope said.

NewsChannel 5 has been investigating how, in the rush to find personal protective equipment in the early days of the pandemic, a small security company -- Pale Horse GRS -- snagged millions of dollars in no-bid contracts with the state of Tennessee.

As we first reported, the company is headquartered in a remote part of Hickman County.

According to the Tennessee Emergency Management Agency, Pale Horse's billings so far have totaled $6.8 million.

NewsChannel 5 Investigates had asked Pale Horse CEO Aaron Spradlin, "Who was your contact that helped you get these contracts?"

"There was no one, there was no contact that I'm willing to put out there," Spradlin answered.

"It was just a person that forwarded us the need."

But we discovered emails showing that Swope, a Metro Council member and Republican activist who served as state chairman for the 2016 Trump campaign, was the company's first contact with the state.

After initially ignoring our calls, Swope agreed to sit down for an interview.

"The state needed help. Pale Horse was in that business. I made some introductions," Swope said.

We wanted to know how he came to be in contact with the people at the state who were handing out the no-bid contracts.

"They're friends. Again, you have friends all over the place. It's like a friend asking you to help move a piece of furniture," he explained.

NewsChannel 5 Investigates asked, "So who asked you to get involved with PPE contracts?"

"Good Lord, a dozen people -- I mean I couldn't pin it on any one person," Swope answered.

Remember Pale Horse was in the security business, not the import business.

But Swope said he personally knew people who could produce what the state needed.

"I have a lot of friends in China including in manufacturing," he added.

NewsChannel 5 wanted to know, if he had contacts who could deliver the supplies, "why did you need Pale Horse?"

"Because I didn't want to do it. I introduced all the parties together and said go take care of the world."

Swope insisted he never had any financial interest.

But in the emails, Swope presents what he calls "our" current price guide - and lists himself as "managing partner" for Pale Horse.

And in new emails, just obtained from Swope's metro government account, he also touted his connection to the company.

"Pale Horse and I entertained for two or three days partnering together. That ended very quickly on good terms because I did not want there to be even a perception of impropriety," the Metro Council member insisted.

We followed up, "So what was the agreement that led you to feel you could list yourself as the managing partner?"

"But you really weren't?"

"So why would you put that in the email?"

"Because, at the time, it was the right thing to do."

"Why was it the right thing to do?"

The Republican activist insists he never talked to the governor about the deals - and never took a dime.

"To alleviate any, any inkling of impropriety, I said no and walked away from it all," Swope added.

What was his concern?

"Because it might be perceived incorrectly that I was benefiting from anything, which I never have."

NewsChannel 5 Investigates asked, "Was there ever conversation about you getting paid a commission?"

"Would you have entertained that if they had suggested it?"

"If we had come to a legal agreement, of course. It never went that far."

NewsChannel 5 Investigates had also heard that the Metro Council member had used his position to approached the city about PPE.

"I suggested if OEM [Office of Emergency Management] or the health department needs assistance, I'll be happy to connect you with my Chinese friends."

We followed up, "Did you present yourself as a representative of Pale Horse?"

"At that time, I don't think I did," the Council member said. "It was simply an offer. I can give you some phone numbers and names of some people to call."

But after the interview, NewsChannel 5 obtained an email that Swope sent to city officials, again offering "our current price guide," adding: "We look forward to serving your needs as we all face the Global Pandemic Coronavirus."

Again, Swope signed as the "managing partner" for Pale Horse.

There is no evidence that any Metro agency ever bought anything from Pale Horse.

If the Metro Council member had a financial interest, his efforts could raise some potential legal and ethical issues.

But Swope insists he did not -- even if he did call himself the company's managing partner.

In a text message, Swope wrote: "At no time have I ever benefitted (sic) from assisting the city I love in a time of need.... either financially, or otherwise.... ever."