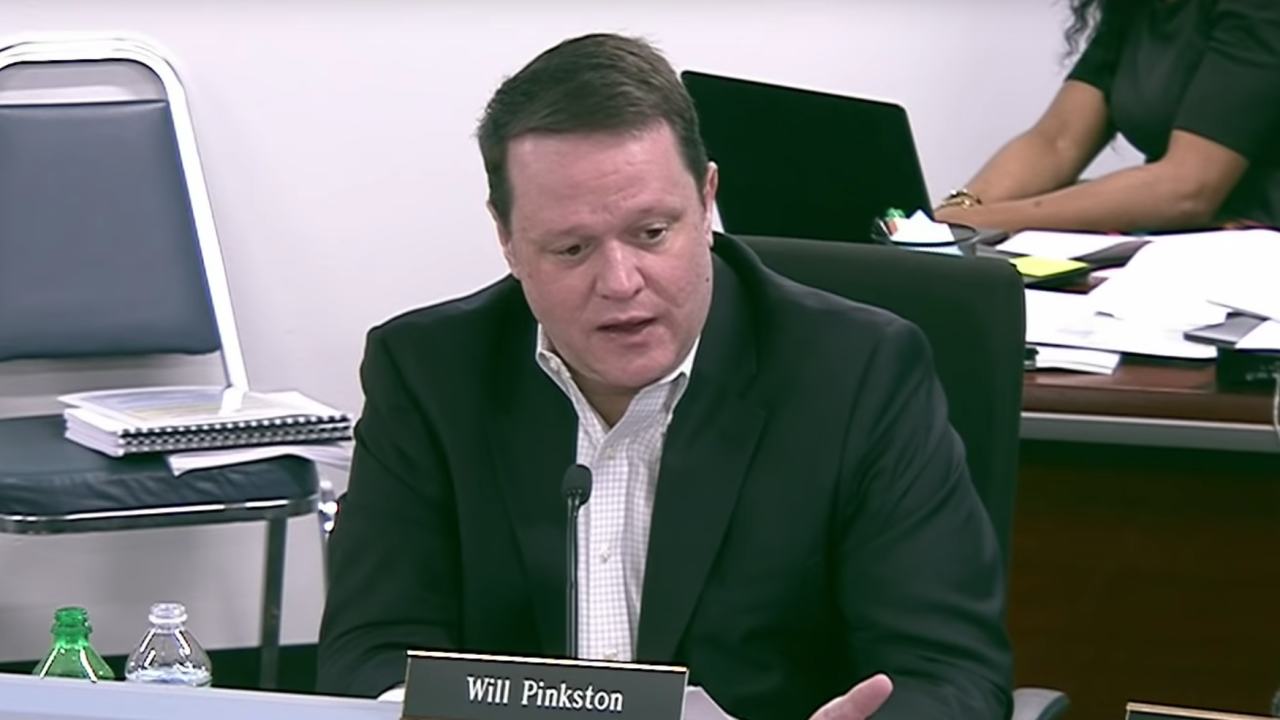 NASHVILLE, Tenn. (WTVF) — A key supporter of Dr. Shawn Joseph is seeking to delay completion of the Metro School Board’s mid-year evaluation of the schools director, as well as a vote on his future, amid signs of declining support.

In an email sent Saturday to his colleagues, school board member Will Pinkston argued that the “increasingly complicated” schedule for producing a budget had “compromised our ability to have rational conversations about the director’s contract.” By Sunday, Pinkston was simply blaming "this screwed-up board."

"I'm not going to participate is a process that would be hijacked by people dealing in bad faith," wrote Pinkston, who chairs the board’s director evaluation committee.

Joseph’s supporters had scheduled a vote for March 26th on a proposal to extend his contract -- more than a year before that 2016 contract was set to expire.

Responding to Pinkston's initial suggestion that the director's evaluation be postponed to focus on the budget process, Joseph critic Amy Frogge responded in a sharply worded email that accused him of trying to delay the director’s evaluation “for political purposes.”

“If you continue to play games with the director evaluation process and with the contract discussions that have long been placed on our agenda, you will absolutely guarantee a very contentious and embarrassing budget season for all of us – with pretty much zero chance of obtaining the funds that our district and staff so desperately need,” Frogge wrote.

"I think the district and our city deserve to hear from us about where we think we are doing well, where we need to adjust, and to hear from Dr. Joseph and his team what he plans to do based on the results of the evaluation," Pupo-Walker said in an email Sunday.

"That is what we expect principals to do with teachers, and so on up the chain of command."

"If you and others need a platform to bloviate over results that already have been extensively aired publicly, then by all means schedule a meeting and knock yourselves out," he told Pupo-Walker.

"In the meantime, I’m going to stay focused on the budget and other stuff."

In recently released evaluations, Pinkston agreed with fellow board members that Joseph was not meeting expectations on “ensuring that all students are achieving academic growth in reading and math” or closing achievement gaps among children of color.

However, Pinkston said that Joseph met or exceeded expectations in the eight other categories.

In recent weeks, Pinkston has walked out of school board meetings as soon as Joseph’s critics began questioning the results of an audit of the district’s contracting practices and a highly critical review of the district’s Human Resources Department.

The board's director evaluation committee had been scheduled to conduct a public meeting to discuss Joseph’s performance, but Pinkston said that he "forgot" that this past week was the district’s spring break.

“Given where we’ve landed on the calendar … I’ve asked Dr. Joseph to instead just reach out to individual board members to book time to discuss their observations so that each board member can have their voice adequately heard in a thoughtful environment without other board members trying to hijack the conversation,” he said in his Saturday email.

Frogge said it is critical for the board to address serious questions that have emerged about Joseph’s tenure.

“Among other things, we have not addressed the fact that literally millions of dollars were wasted on no-bid contracts that could have been spent on classroom needs, trauma-informed specialists in all schools, and much more,” she added.

“We have no idea where that money went. Much of the city is appalled at our ongoing lack of action on many fronts, and rightfully so.”

Frogge joined with board members Fran Bush and Jill Speering back in October in penning an opinion column that argued “it is time for a change” in the district’s leadership.

Behind the scenes in board emails, Pinkston has referred to them derisively as the “Gang of Three” and accused them of engaging in “conspiracy theories.” This weekend, he argued that the evaluation had been "tainted" by their overwhelmingly failing grades for the director.

And he has blamed them for not following his schedule for evaluating Joseph.

This thread is especially relevant to Pinkston's latest efforts: https://t.co/m5u6xVpu6e

On Tuesday, Jan. 29, Pinkston emailed the board about the mid-year evaluation process, himself noting “we’re a couple of days behind schedule.” He informed them that a vendor hired to manage the evaluation process, FourPoint Education Partners, would be sending out evaluation forms that next day. He asked that they be completed the following Monday.

A majority of board members pushed back, saying they would need a week to do a thorough evaluation.

On Feb. 19, Pinkston updated his colleagues.

“Because of the incessant turmoil created by the Gang of Three, I’ve asked FourPoint to take the additional step of certifying individual ratings before rolling them into a consolidated evaluation,” he wrote.

At that time, Pinkston said that, once those evaluations were consolidated, there would be a meeting of the director evaluation committee to publicly discuss Joseph’s performance.

“This will be the best opportunity for the Gang of Three to air their grievances and for those of us who are committed to constructive criticism to provide professional feedback,” he added.

On Sunday, when Pupo-Walker insisted that the board continue with the plan for an evaluation meeting, Pinkston accused her of "pandering to the Gang of Three."

In recent weeks, Pinkston has also lashed out at his critics on Twitter as “nitwits” and threatened to report them to Metro Police for sending him emails that were critical of his votes or behavior.

Frogge, in her email response this weekend, told Pinkston that she had “become weary “ of his tactics.

“I feel the need -- after months of this behavior -- to ask you to please stop,” Frogge said.

“Please try to rise to some semblance of professionalism in your work with the rest of us.”