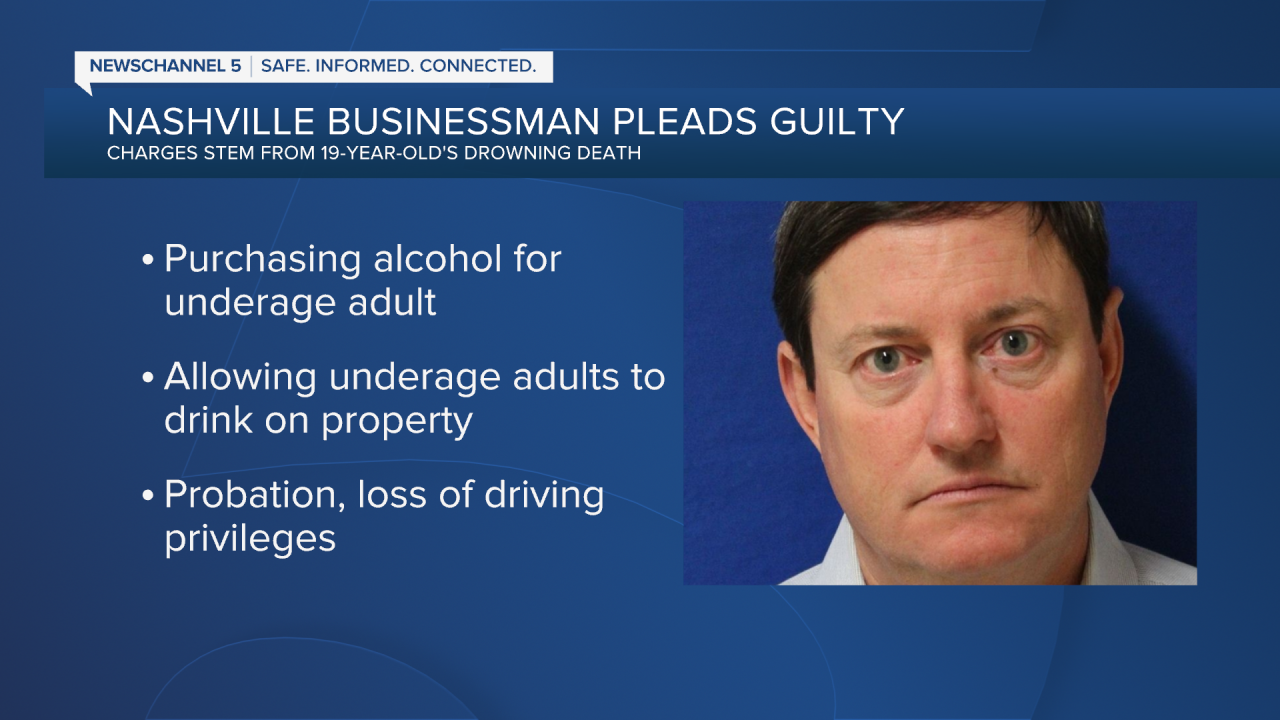 Prominent Nashville businessman pleads guilty to charges regarding his role in a high school graduation party that ended with the death of a 19-year-old Montgomery Bell Academy graduate.

NASHVILLE, Tenn. (WTVF) — A prominent Nashville businessman has pleaded guilty to charges stemming from his role in a high school graduation party that ended with the death of a 19-year-old Montgomery Bell Academy graduate.

Court records show that Lewis Forrest Conner, 50, recently pleaded guilty to two misdemeanor charges - one for purchasing alcohol for an underage adult, the other for allowing underage adults to drink on his Dickson County farm.

Conner was placed on probation for a year and lost his driving privileges as a result of the plea.

It all stems from the August 2019 drowning death of Will Caver during an graduation party for students from two elite Nashville schools, the MBA school for boys and Harpeth Hall school for girls.

A 911 call obtained by NewsChannel 5 Investigates revealed that Caver had been missing for some 12 hours before his body was discovered in a pond on the property.

Conner's attorney, Stephen Young, had initially claimed that Conner "did not provide alcohol that evening to the group, nor did he prove alcohol of any type to anyone under the age of 21 who attended, outside of his immediate family."

NewsChannel 5 reached out to Young for comment, but did not hear back.

Conner's wife, Stephanie, had also been charged with allowing underage drinking on the property.

"The sole charge against Ms. Conner was dismissed and any record of the charge was expunged by court order," her attorney Timothy V. Potter said in an email.

"Ms. Stephanie Conner had no culpability. Dismissal was the proper result."

As part of a plea deal, Forrest Conner can have his charges expunged after he complete his probation.