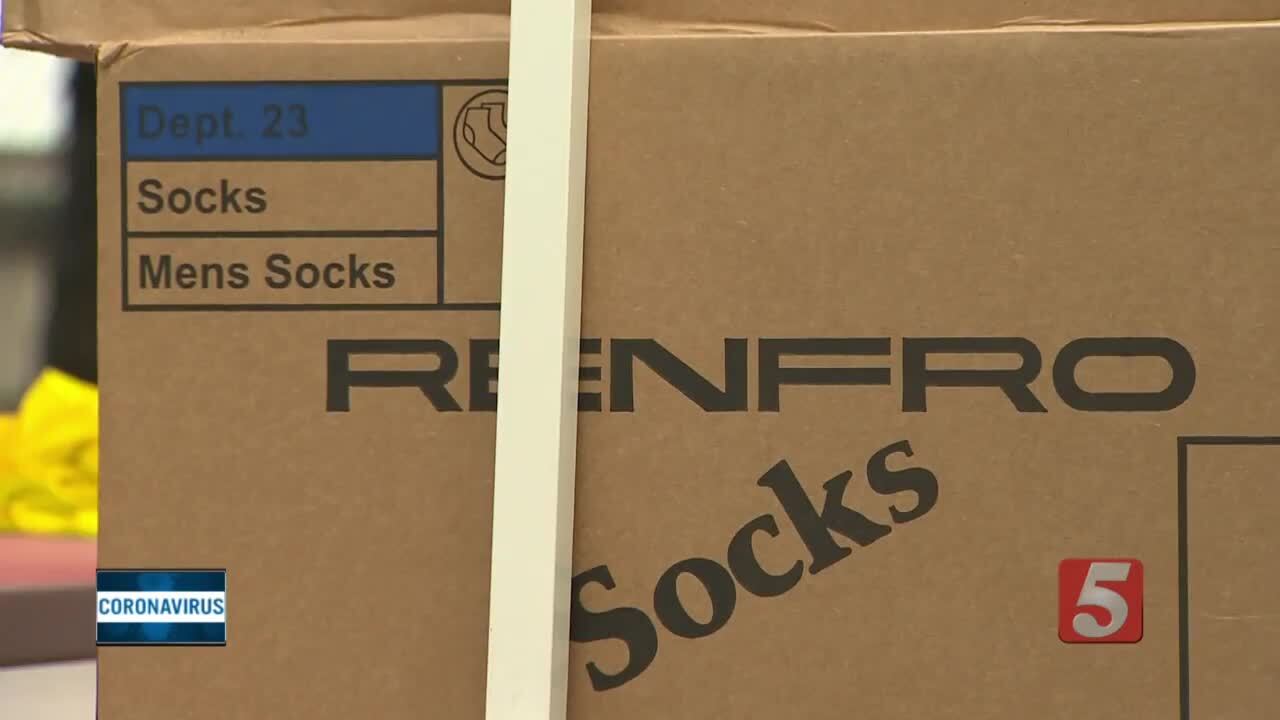 That came after the company ignored a request for comment from NewsChannel 5 Investigates last week.

Now, the Lee administration -- responding to questions about its $8.2 million, no-bid contract with Renfro -- has begun sharing that misleading news release with journalists. Read the news release here.

Renfro, for example, claims that NewsChannel 5 made a mistake in identifying the registered pesticide as Silvadur, instead of Silvadur 930.

But it was the Lee administration itself that told multiple news outlets that the masks were treated with Silvadur.

Regarding earlier tweet, here is where @GovBillLee’s office identified Silvadur - and not Silvadur 930. This was NOT information that we got wrong. pic.twitter.com/8zd4EI1XiD

That information presumably came from Renfro itself.

"The EPA Registration for SILVADUR™ 930 FLEX Antimicrobial does not include any warnings regarding inhalation, skin contact risks, or irreversible eye damage that were cited in the news reports," the Renfro news release states.

The EPA filings for Silvadur do list an inhalation risk for that product.

What Renfro does not include in its statement is that Silvadur 930 is also a registered pesticide that includes its own health warnings.

These are the warnings for Silvadur 930. Unlike the Silvadur warnings, it does not cite an inhalation risk. But there are other risks clearly cited. pic.twitter.com/f8bm90bBRF

Those warnings include the fact that Silvadur 930 "causes moderate eye irritation" and is "toxic to fish."

In addition, Renfro ignores the fact that the filings for Silvadur 930 say it is designed for "non-food contact uses in industrial and household woven and non-woven fibers."

NewsChannel 5 Investigates asked Renfro why it would be ok to cover the mouth with a substance that is for "non-food contact" and, so far, has received no response.

Silvadur 930 is registered by DuPont as a pesticide for “non-food contact” uses on fibers, but Renfro Corp. insists it is safe to use as a mouth covering pic.twitter.com/EcnX3PjVtQ

Renfro's news release also did not respond to concerns raised by an environmental toxicologist about the controversial use of such silver technology.

DuPont says Silvadur "delivers silver ions when organisms land or form on a treated fabric." These ions "continually release to safely kill microbes that cause odor."

Renfro's news release includes a claim from DuPont that "the independent International Oeko-Tex Association conducted a thorough evaluation of the technology, and confirmed SILVADUR™ 930 FLEX Antimicrobial has been demonstrated to be harmless to human health when used as intended."

Little information is available publicly about the International Oeko-Tex Association and about how independent it is from DuPont.

Jay Feldman, executive director of the environmental group Beyond Pesticides, called Renfro's statement "very misleading" in its distinction between Silvadur and Silvadur 930.

"The only difference that we can see from the label is the percentage of silver," Feldman said. "Up to 99.9% of ingredients ('other ingredients') in the antimicrobial pesticide is not disclosed on the product label."

"All these products treated with antimicrobials are not regulated by EPA unless they are making a public health claim.... EPA does not look at exposure patterns associated with the treated textiles. We have always told EPA that this is an outrage."

NewsChannel 5 is happy to include Renfro's perspective, which is why we reached out to them for comment last week.