Not 'one of the best' as labor commissioner claimed 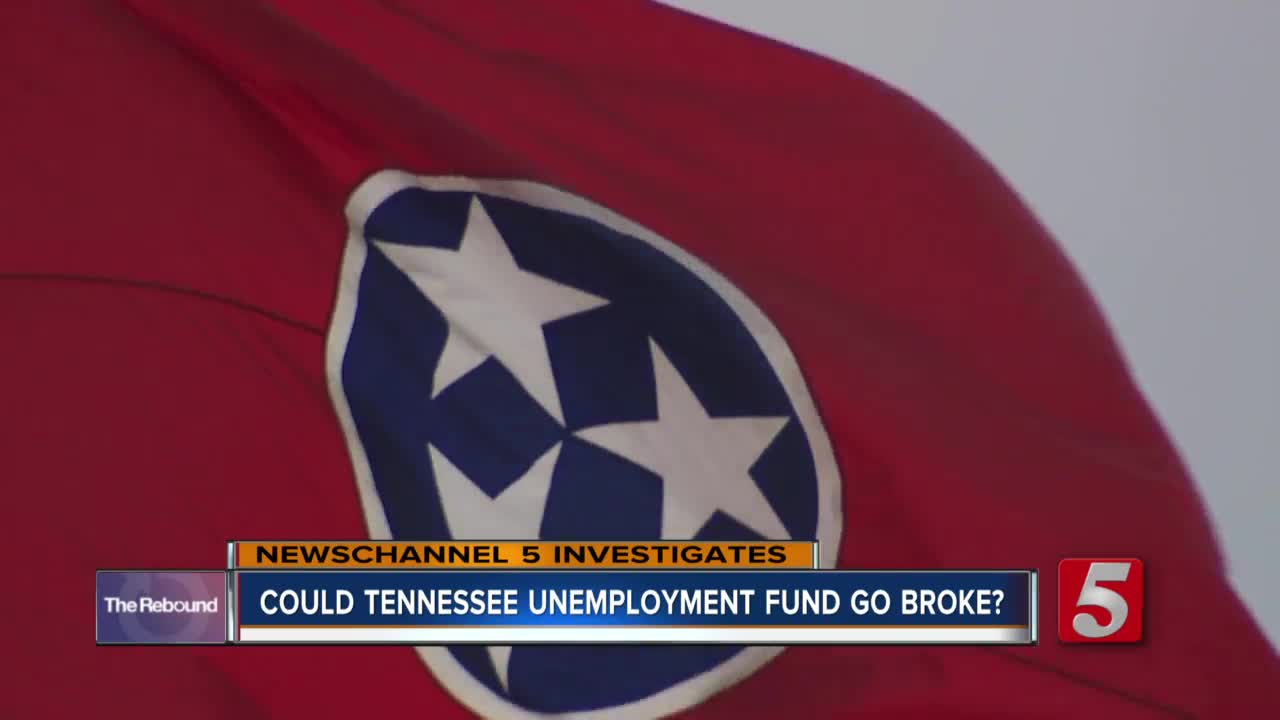 Tennessee's unemployment compensation fund, which has failed for years to meet minimal standards set by the federal government, could run out of money in just over four months, according to an analysis by a non-partisan tax watchdog. 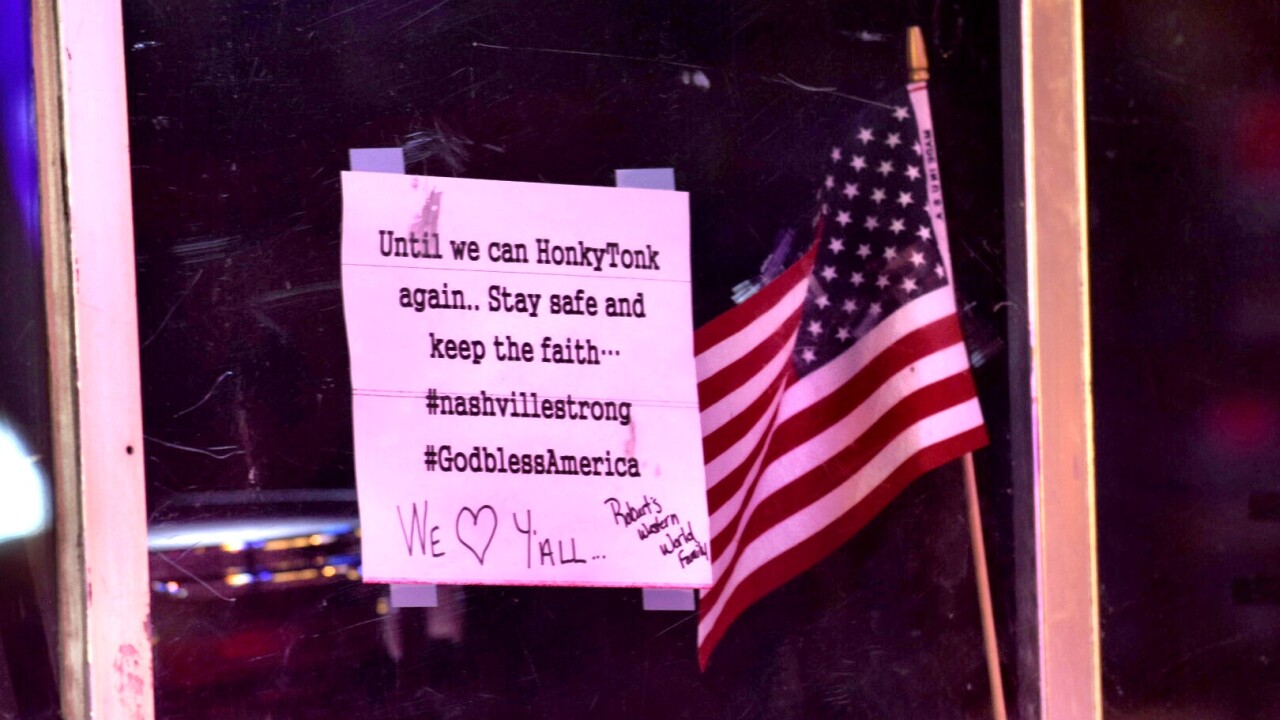 NASHVILLE, Tenn. (WTVF) — Tennessee's unemployment compensation fund, which failed for years to meet minimal standards set by the federal government, could run out of money in just over four months, according to an analysis by a non-partisan tax watchdog.

When that unemployment trust fund goes dry, Tennessee could be forced to borrow money in order to continue paying state benefits, saddling taxpayers with a long-term obligation.

"Tennessee will take longer than many – and that’s good news," said Jared Walczek, director of state tax policy for the Tax Foundation.

"That means that Tennessee will have to borrow less than others, but this is likely going to happen. And it’s going to potentially take years to pay this off, meaning higher tax rates and more challenges for the state fiscally for years to come."

"Yes, sir, we are concerned in the sense we want to track it and know what’s happening and make plans as such," Lee said during a telephone call with reporters.

He said his administration has asked researchers at the University of Tennessee to develop projections of what might happen with the state's unemployment reserves.

All across the state, the COVID-19 crisis has forced businesses to close and millions of workers to turn to unemployment insurance to survive.

The unemployment compensation trust fund is financed by a tax on employers.

Almost 325,000 Tennesseans are currently receiving jobless benefits, according to the latest data from the Tennessee Department of Labor and Workforce Development. The state benefit is currently $275 per week, in addition to the temporary payment of $600 a week under the federal stimulus program.

According to the state labor department, Tennessee's unemployment fund had a balance of $1.2 billion at the end of March 2020.

So far, the state has already paid out $67.7 million from that state account.

The man in charge, Labor Commissioner Jeff McCord, recently insisted there was nothing to worry about.

“The traditional claims insurance is handled by an insurance trust fund, which is basically a savings account -- and it's in really good shape," McCord said during the governor's news briefing on April 23rd.

"It's one of the best shapes in the country.”

But that's not what NewsChannel 5 Investigates found in the latest Trust Fund Solvency Report put out by the U.S. Department of Labor.

When it ranks the financial stability of the states' and territories' unemployment funds, Tennessee comes in at number 33.

It's below the minimum solvency level set by the federal government.

And while it shows most states would be able to borrow money interest-free from the federal government, the list of those not eligible includes Tennessee.

Under the Coronavirus Aid, Relief and Economic Security (CARES) Act, those interest payments would be waived for the current year.

"Tennessee is about middle of the pack in terms of its ability to pay out these benefits, not one of the best in the country," the Tax Foundation's Jared Walczek told NewsChannel 5 Investigates.

“Tennessee was just under the minimum adequate solvency level the federal government recommended before this crisis. And the reality is this crisis is way worse than most states were preparing for.”

NewsChannel 5 Investigates asked, "So is this a crisis?"

“It is a crisis for states and their finances – and ultimately for taxpayers," Walczek.

In a written statement, the labor commissioner did not dispute the suggestion that Tennessee's unemployment compensation trust fund could run out of money.

"In March, the trust fund was at record highs in terms of dollar amount," McCord said.

"The Trust Fund Solvency metric is one measure of assessment. The state has had ongoing analysis by economists to assist in further assessing the trust fund, both before and during the COVID-19 crisis."

McCord added, "We are of course concerned with the impact that this unprecedented event is having and are monitoring the situation closely."

At current rates, the Tax Foundation estimates that Tennessee’s unemployment compensation trust fund will run out of money in 18 weeks or less.

But Walczak cautioned that the 18-week estimate for Tennessee would likely shrink as new unemployment claims are processed.

"While there's 18 weeks of ability to pay out current claims, we'll see more claims soon and these numbers will get smaller," he added.

Kentucky is worse. It has just four weeks reserve.

But Alabama has 23 weeks.

At the top end, Wyoming has a 49-week cushion.

Walczak said the financial crisis for the unemployment compensation trust funds in Tennessee and other states reflects a short-sighted approach to paying taxes to fund those reserves.

"If your taxes are not adequate to invest for the future so the fund can be used, what this means is you have to raise taxes at the worst possible time," he explained.

"You have to pay them during the recovery or even before that to pay off the debt. That's when it's most challenging. That's when you need businesses to be able to stay open, to rehire people once this health crisis abates."

He added, "A lot of states got that timing wrong. They probably should have had a little bit higher taxes during the good years so that taxes can remain lower when things are bad."