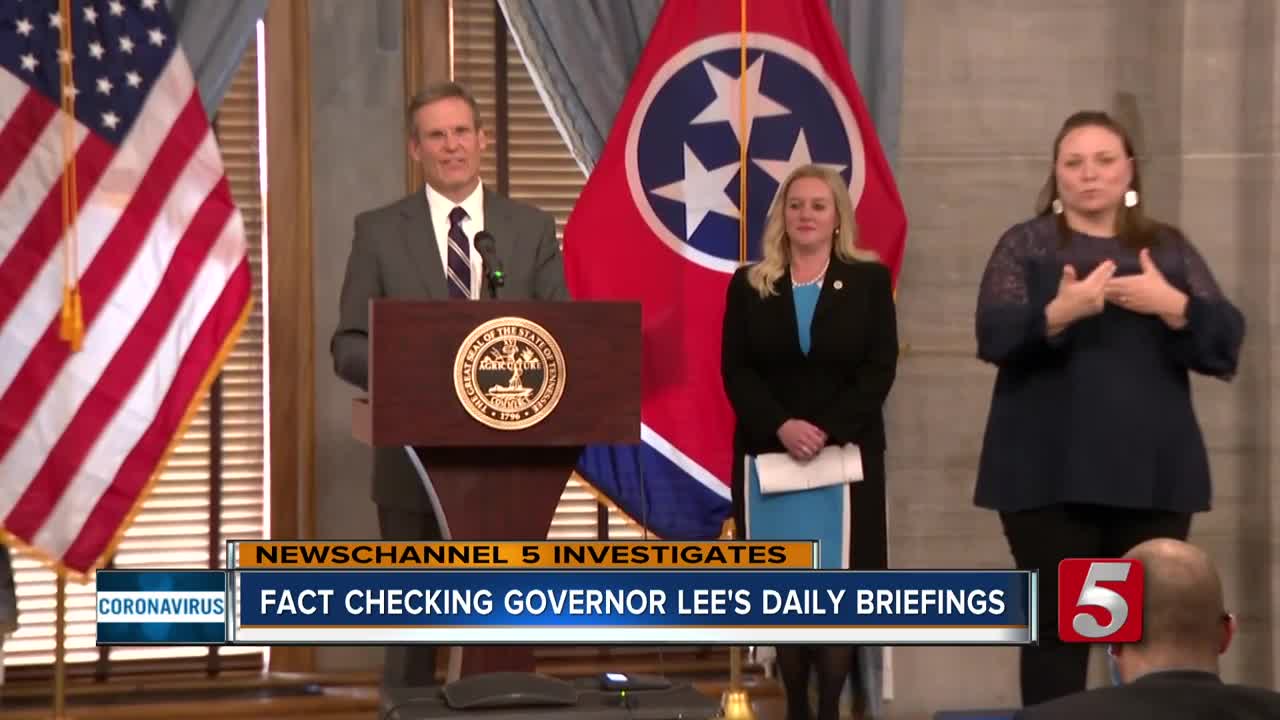 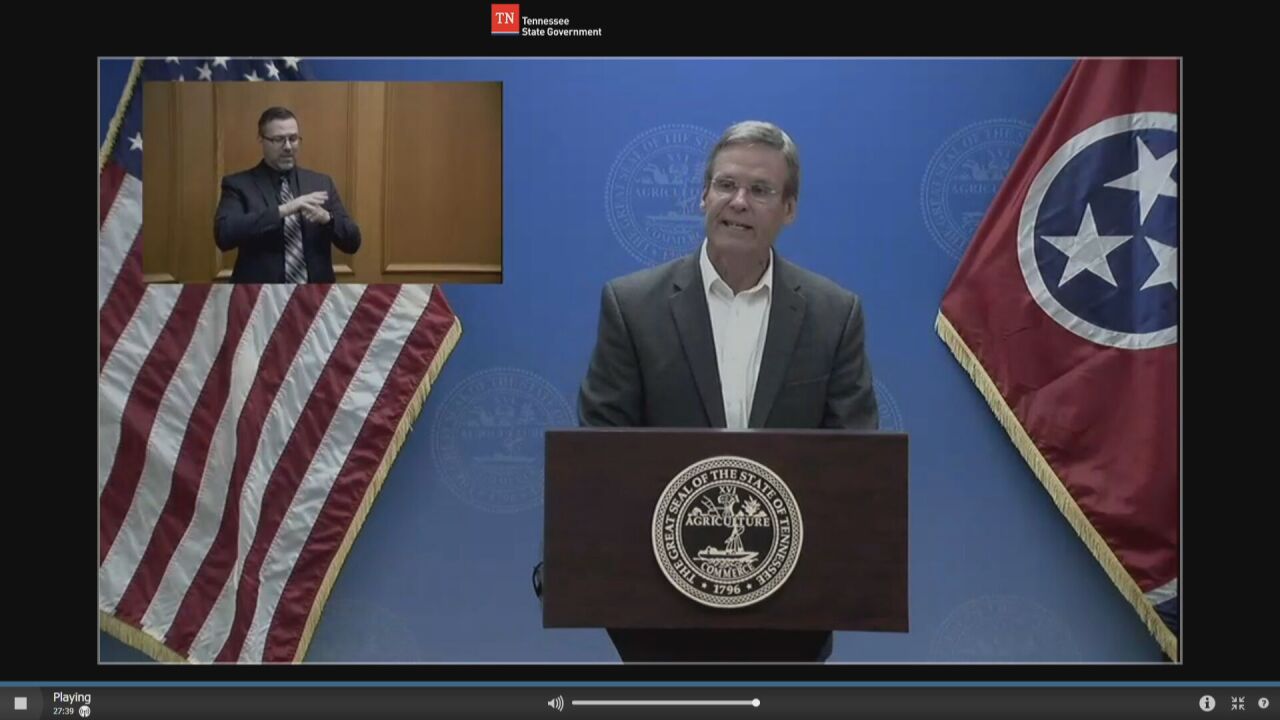 NASHVILLE, Tenn. (WTVF) — Tennessee Gov. Bill Lee's COVID-19 briefings have become a time for him to show calm amid what he has repeatedly described as a storm.

But a fact check by NewsChannel 5 Investigates revealed that, in his desire to give hope, the governor's claims sometimes veer into exaggeration.

From the first COVID-19 briefing on March 16th, very beginning, Lee's public updates have served up a mixture of grim reality -- with daily updates on the number of confirmed cases and the latest death toll -- along with generous helpings of optimism.

"There will be a day when these clouds break -- and when they do, we have great hope," Lee said on April 1st.

One of the Lee administration's repeated claims has focused on testing for the deadly virus.

"We were one of the first five states in the country to test for COVID-19," the governor said on April 3rd.

Day by day, the governor and his health commissioner went from boasting about comparisons to similar states.

"We are testing at a rate per capita much higher than many of our peer states," Lee said on March 26th.

Soon, they were comparing Tennessee to every other state in the Union.

"We are pulling away from other states," Commissioner Lisa Piercey said on April 1st.

An independent analysis by NewsChannel 5 Investigates shows Tennessee is not in the top 10 states per capita for testing.

In the total number of tests, for example, Tennessee trails behind Massachusetts, which has about the same population -- and Lousiana, with far fewer residents.

Lee's optimistic claims began early, claiming on March 16th that Tennessee would have 15 remote assessment sites "up and operating across our six major metropolitan areas by the end of the week."

While Metro Nashville quickly had the tents for its remote testing sites, those sites sat empty for two weeks as the city waited for the state to deliver the needed testing supplies.

"You hear about a lot of makeshift things happening, but there's not makeshift happening in our state yet because we have stayed ahead of the curve," the governor said on March 26th.

While the governor had insisted Tennessee was doing just fine, webinars conducted by his own health department for medical workers told a different story.

"Most primary care physicians and outpatient providers don't have enough PPE, and we know this is incredibly frustrating," state doctors said in one video.

In another, they offered up ideas for makeshift PPE.

Instead of surgical masks, they suggested bandanas, diapers, even layers of tissues and gauze.Instead of hospital gowns, contractor trash bags. Instead of gloves, plastic grocery bags.

Then, there was the governor's reluctance to order Tennesseans to shelter in place.

The governor insisted he was on top of the situation.

"I sent troopers to Gatlinburg yesterday just to walk the streets and give me a firsthand view of what's happening out there," Lee said on March 27th.

"Tennesseans have shut down."

But when a Knoxville News-Sentinel reporter asked, a Tennessee Highway Patrol sergeant for the area told him "they haven't performed any walking patrols," insisting it was "business as usual."

Lee also faced pleas from some 2,000 doctors for a shelter-in-place order.

Yet, even after finally putting down the stay-at-home order nearly two weeks later, Lee insisted that the medical community had actually been divided.

"The reality is that there are differing opinions," the governor said on April 1st.

Lee added that he had received a letter "from a whole host of medical providers that are an organization in one section of our state that actually was supportive of the efforts and said it was the right move."

But when NewsChannel 5 Investigates asked the Governor's Office for that letter of endorsement, we discovered that what Lee called a "whole host of medical providers" was an association of rural doctors.

The letter was signed by two doctors out of Cookeville.

In addition, the governor and his health commissioner have insisted the state acted decisively in dealing with the COVID-19 outbreak at a Gallatin nursing home.

The commissioner has even praised the nursing home operator.

As of Wednesday, the death toll there has now climbed to 11.