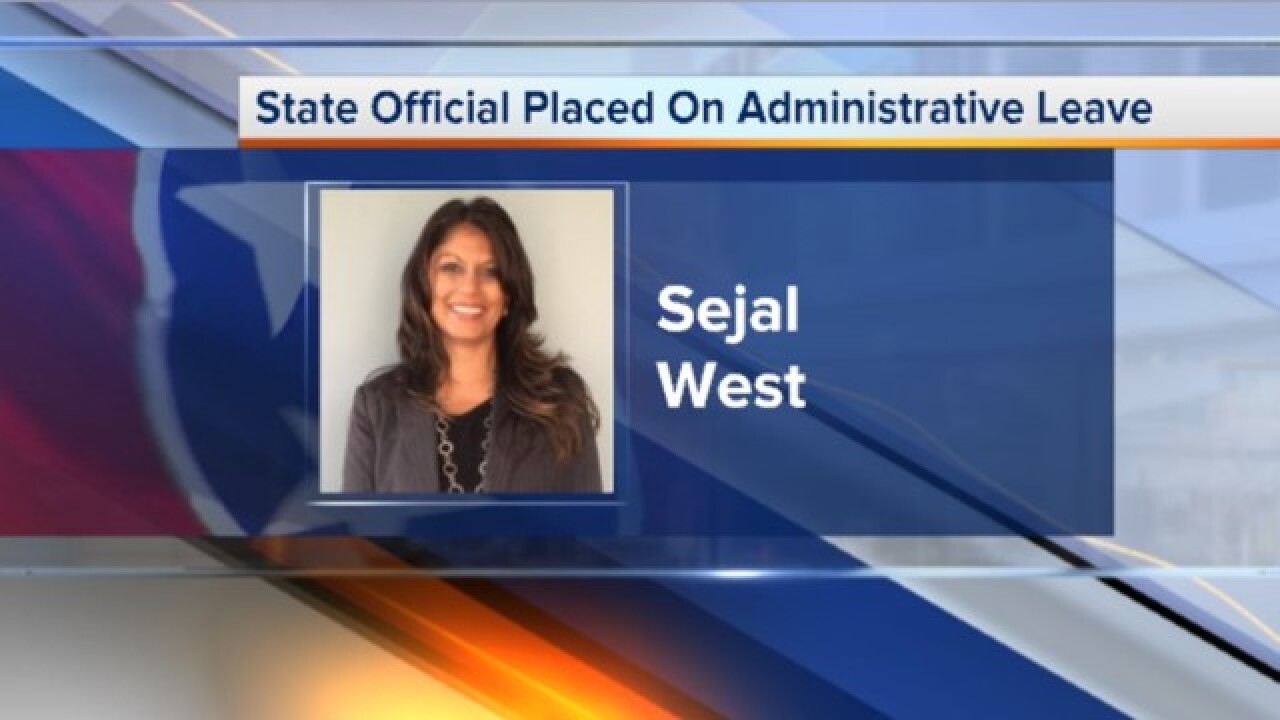 The state official accused of having an extramarital affair with former Acting TBI Director Jason Locke has been placed on administrative leave.

Sejal West, who works in the Department of Mental Health and Substance Abuse Services, was identified in emails that Locke's wife sent to Tennessee Gov. Bill Haslam. Kim Locke accused the two of conducting an affair on taxpayer time, charging the state for their travel.

"The allegation of misuse of state funds is currently under investigation by the Tennessee Comptroller of the Treasury, as well as the Tennessee Department of Safety and Homeland Security," said department spokesperson Matthew Parriott in an email statement."

"Effective today, Ms. West has been placed on administrative leave with pay pending the outcome of the investigation."

West was currently serving as director of wellness and employment. She was deputy commissioner from October 2016 until January 2018.

On Tuesday, the TBI announced that Locke would be placed on administrative leave, pending the outcome of the investigation.

The Department of Mental Health and Substance Abuse Services said it had a policy against commenting on ongoing investigations.

"Therefore, until the investigation has been concluded, we are unable to provide any further comments, statements, or details related to this investigation," Parriott said.

"We take very seriously all allegations regarding misuse of taxpayer dollars. Our department has cooperated fully with investigators and will continue to do so."