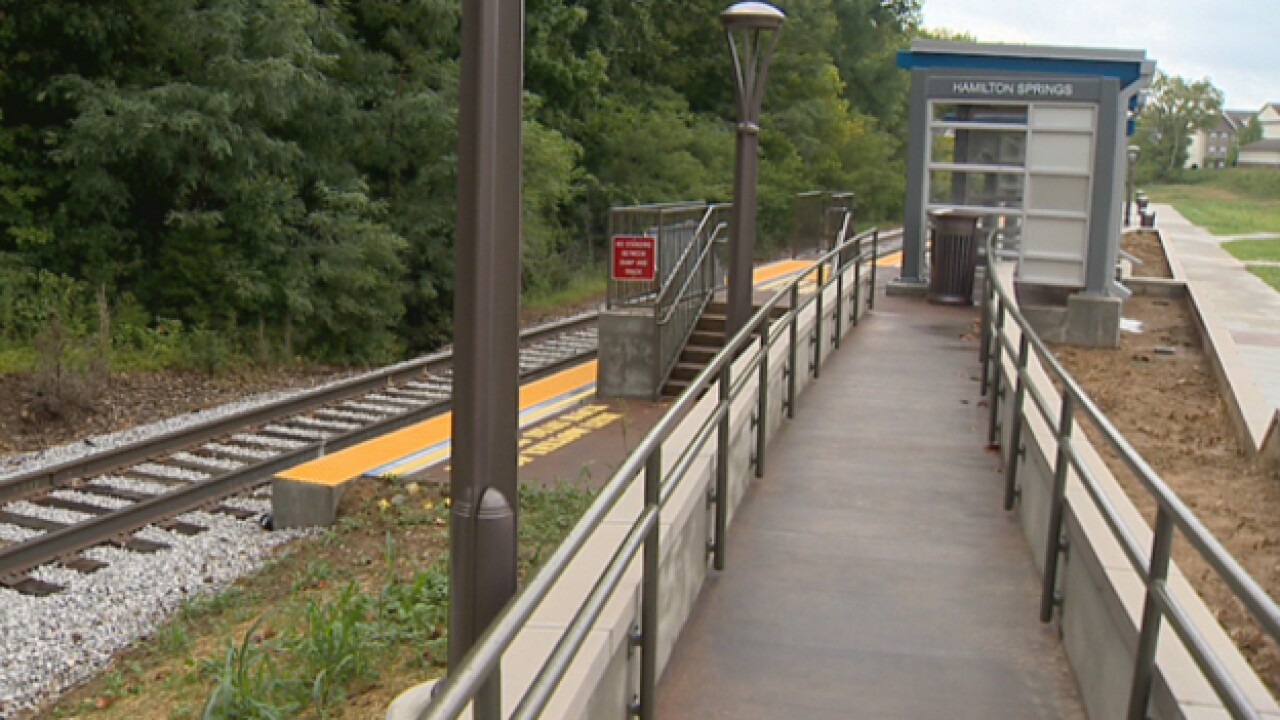 It's been under construction for more than a year, but by the end of the month the area's only commuter train will stop at the Hamilton Springs development every morning and afternoon.

The Music City Star gives around 1,200 rides a day to people who live between Lebanon and downtown Nashville.

"It saves me about 35 minutes a day to ride the train over sitting in my car on the interstate," said rider Sarah Burger, who has been using the Star for about a year.

Riders like Burger say they love the feel of passing traffic by. But the one complaint you hear over and over again is the lack of stops and limited frequency for the train that shares tracks with a freight line and is limited outside of rush hour and special events.

"I know Nashville is booming," said Wael Abouzeid who started riding the Star three years ago when he moved to Nashville from Egypt, "we need more trains."

That's why Wilson County Mayor Randall Hutto is so excited Hamilton Springs is about to open.

"This will be something that people will gravitate to in order to say 'hey I don't want to worry about what (NewsChannel 5 Traffic Anchor) Rebecca's saying about the traffic on I-40. I can get on the train and I can ride in nonstop'" he said.

The new station holds 160 parking spots between the currently strapped stations in Mt Juliet and Lebanon.

"Since those park and rides are nearing capacity, this is another opportunity," said Music City Star Spokesperson Amanda Clelland, who says some riders even commute from Rutherford County, using the I-840 loop to get to Lebanon and park before using the train to get to Nashville.

But you don't have to drive there anymore.

Hamilton Springs was built with an entire mixed-use community on-site. It's the area's first community centered around transit, including residences and businesses.

"So they can emphasize using modes of transportation other than cars," Clelland explained, as the area population explodes.

Mayor Hutto says Wilson County is expected to add 60,000 more residents in the next 20 years. He envisions more communities built around the train in the future, catering to both young people who prefer not to have a car and to older folks who simply can't.

"We would really love to see more senior developments happen along this rail so when the car keys get taken away, people can get in and out of Nashville," Hutto said.

And of course the added station could help even more commuters get that enviable feel of leaving traffic behind.

"No comparison! It's better than driving of course," Abouzeid said with a laugh.

Some riders think it could even help keep part of the small-town feel as the region explodes.

"You see just about the same faces everyday and it's just like a community on there," Burger said.

The new station will open a week from Monday, on August 27. A formal ribbon-cutting is set for September 6.

Once the new station goes live, the Music City Star schedule will slightly change for everyone. Check here for the latest updated schedule.