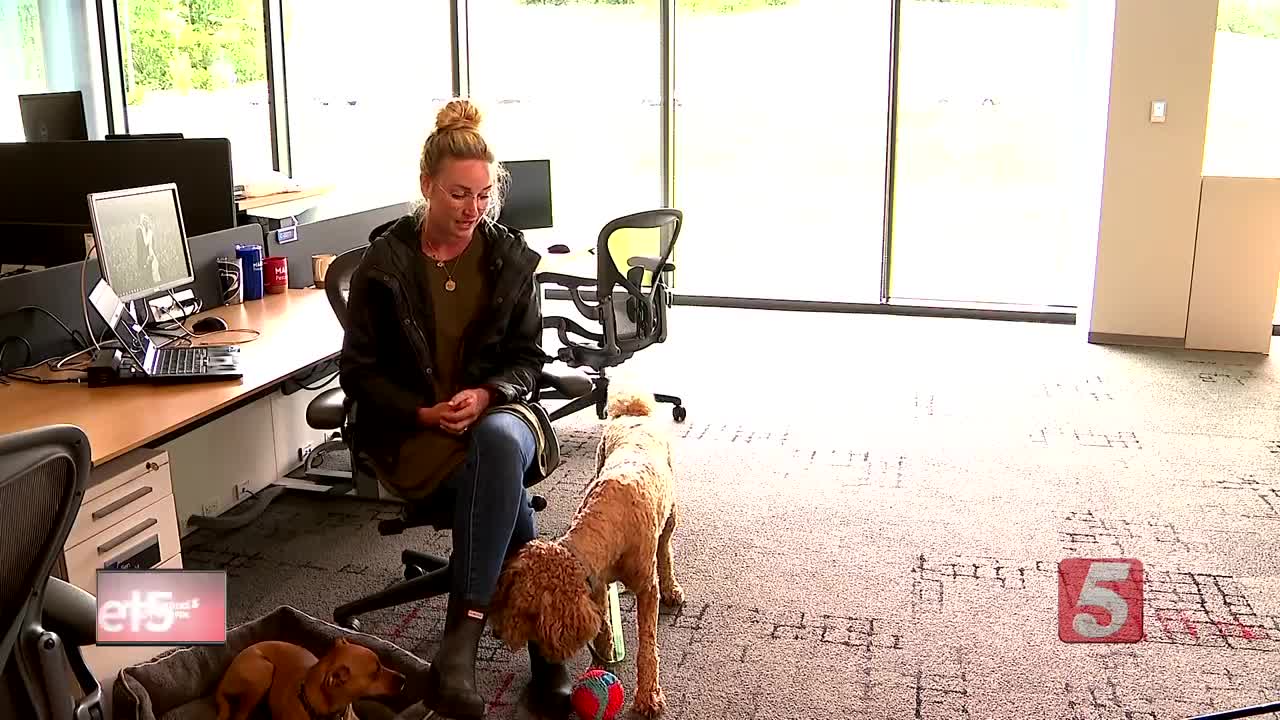 Puppies and their people are treated first-class at the new Mars Pet care headquarters in Franklin. 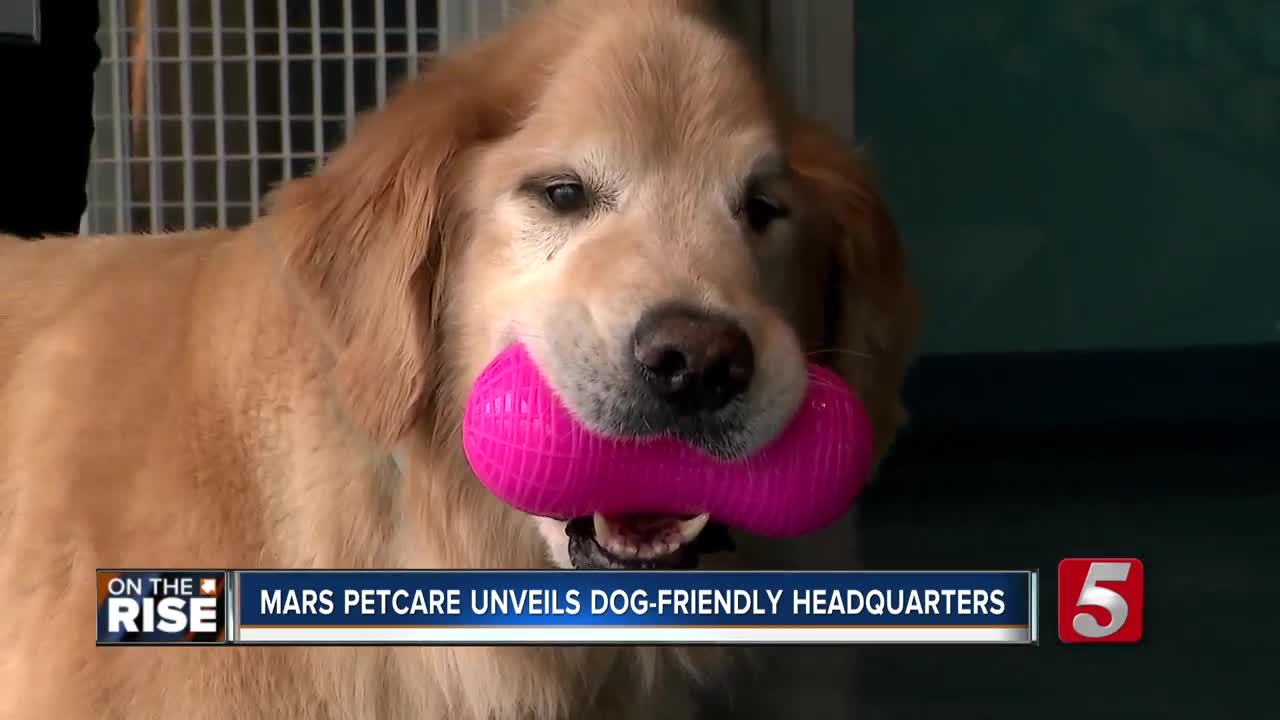 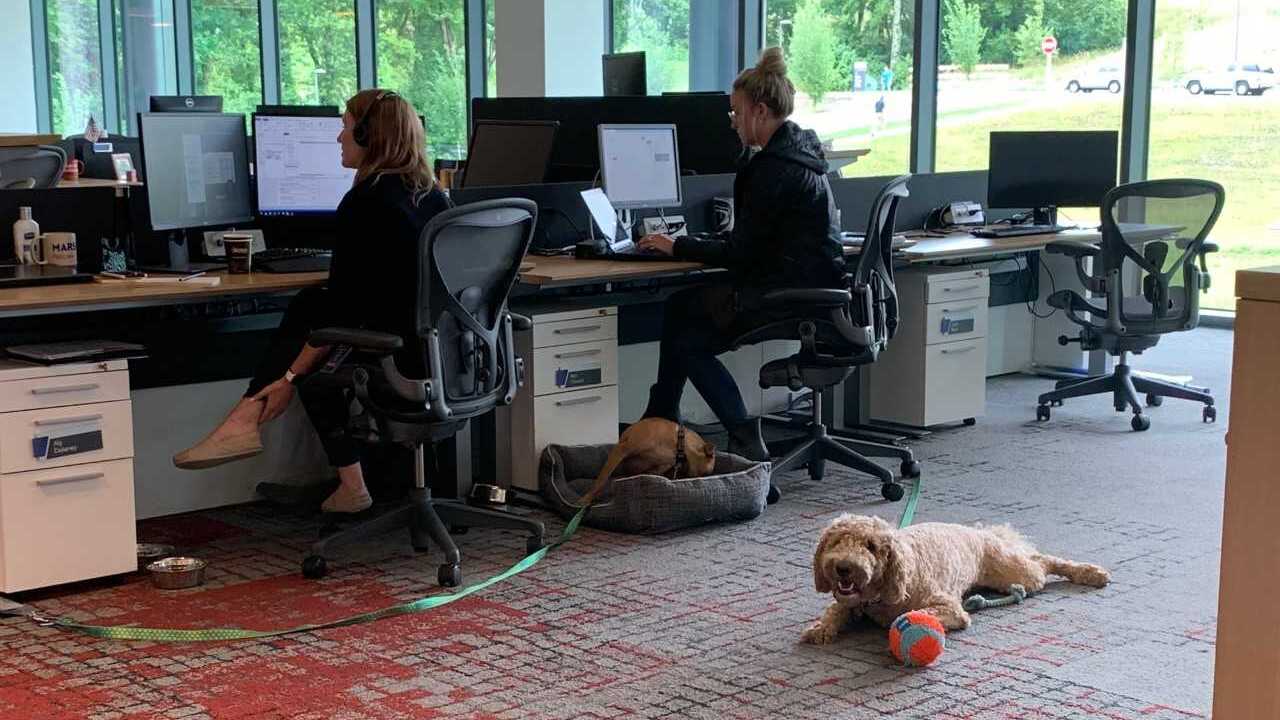 FRANKLIN, Tenn. (WTVF) — Puppies and their people are treated first-class at the new Mars Petcare headquarters in Franklin.

You might know Mars, Inc. as the multi-billion dollar company behind M&M's and Snickers candies. However, they also have a massive imprint in the pet care world.

At the company's new facility, Hunter Roper and her Goldendoodle, Rhett, feel at home.

"He's just as much an associate here as I am," Roper said.

Rhett seems to love their new workplace which comes with a dog slurp area at a coffee station, pet-friendly couches, and a dog 'playcare' area for associates. They also have a WiFi-enabled dog park next to the office building.

"The fact that I don't have to worry about running home to feed him, or leaving early if I need to work late, it's super convenient," Roper said.

Mark Johnson, the President of Mars Petcare North America, said as Middle Tennessee has grown, so has their company.

Johnson said, "It's also a great place to be able to attract talent, people want to come to Nashville, and that enables us to be able to get great talent into our business."

Mars Petcare employs around 1,000 people and they're known for brands like Royal Canin, Pedigree, and Nutro. As their imprint grows, they hope to be on the leading edge of next generation pet-friendly workplaces.

"It's been great, it's just a family here at Mars that I didn't realize could exist being a dog owner," Roper said.

In addition to the pet care side, they also have 2,000 animal hospitals across the country.