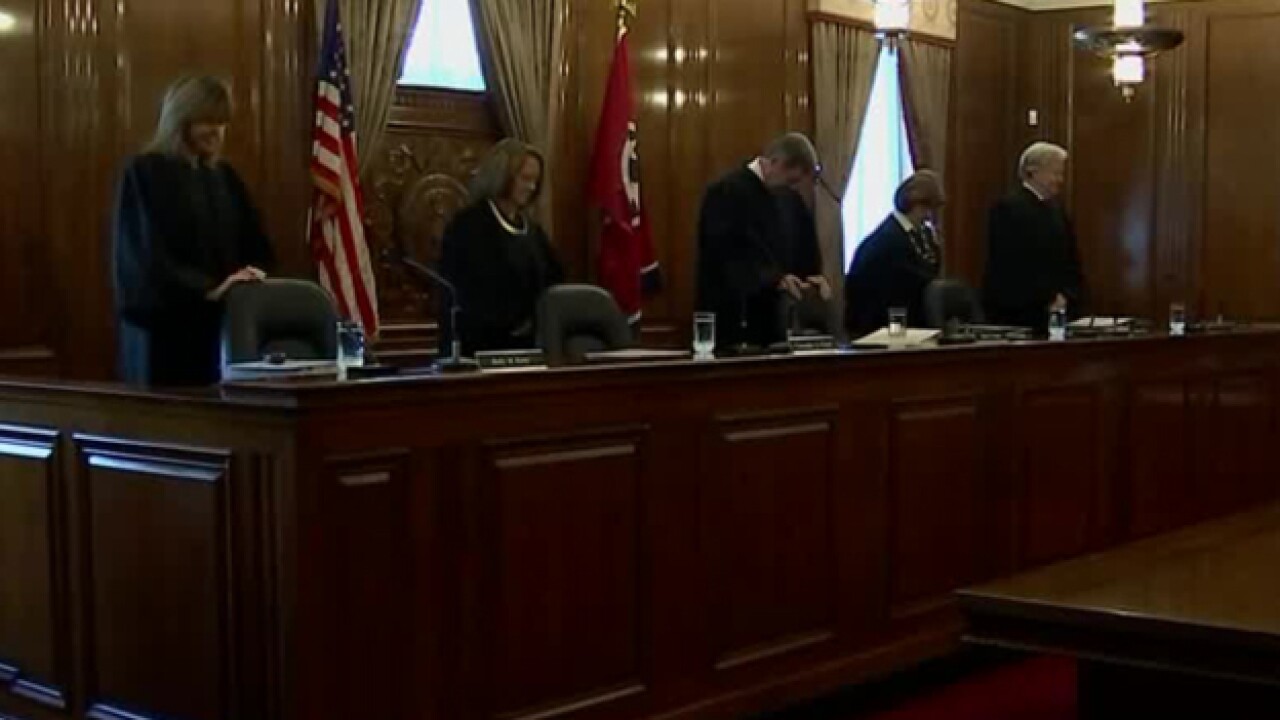 The Tennessee Supreme Court upheld the state's lethal injection protocol after a group of death row inmates filed a lawsuit claiming the three-drug injection inflict unnecessary pain on the condemned.

The current protocol was adopted in Tennessee in January of 2018 as an alternative method of execution to the single-drug protocol using pentobarbital, which has since been eliminated as an option.

In February 2018, 33 death row inmates filed a constitutional challenge to the three-drug protocol.

The chancery court in Davidson County dismissed the inmates’ complaint on July 26 and 29 of the plaintiffs filed a notice of appeal on July 30.

On August 9, following the Court’s denial of a stay of execution, Billy Ray Irick, one of the plaintiff inmates, was executed using the three-drug lethal injection protocol. On August 13, 2018, the Tennessee Supreme Court assumed jurisdiction over the inmates’ appeal on its own initiative in order to expedite the appeal. On August 23, 2018, the remaining four plaintiffs filed a notice of appeal. The case was heard before the Supreme Court in Nashville on October 3, 2018.

The execution of Edmund Zagorski is set for Thurs., Oct. 11. He was one of the inmates named in the lawsuit.

A jury convicted Zagorski of killing John Dotson and Jimmy Porter, one of whom Zagorski met at the Lakeland Trout Farm in Hickman County. He set up a bogus drug deal in Robertson County, but then shot Dotson and Porter, then slit their throats, letting them bleed to death .

"Today a divided Tennessee Supreme Court paved the way for torturous executions. The decision is unfortunate and we will appeal to the United States Supreme Court."

Who Is The Next Inmate To Be Executed?

"Faced with the choice of two unconstitutional methods of execution, Mr. Zagorski has indicated that if his execution is to move forward, he believes that the electric chair is the lesser of two evils. 10-18 minutes of drowning, suffocation, and chemical burning is unspeakable. We notified prison officials of his decision within two hours of the Tennessee Supreme Court’s decision."

Justice Sharon G. Lee dissented, concluding that the inmates were denied due process because the proceedings were not fundamentally fair. Justice Lee noted several reasons for the unfairness, including that the inmates had to prove an alternative execution method, even though the three-drug method was shown to cause intolerable pain; the Court’s rush to execute that resulted in the case being placed on an expedited docket; and TDOC’s last minute changes to the lethal injection protocol.