Facing eviction and bills, Tennesseans suspect delays on the way for unemployment 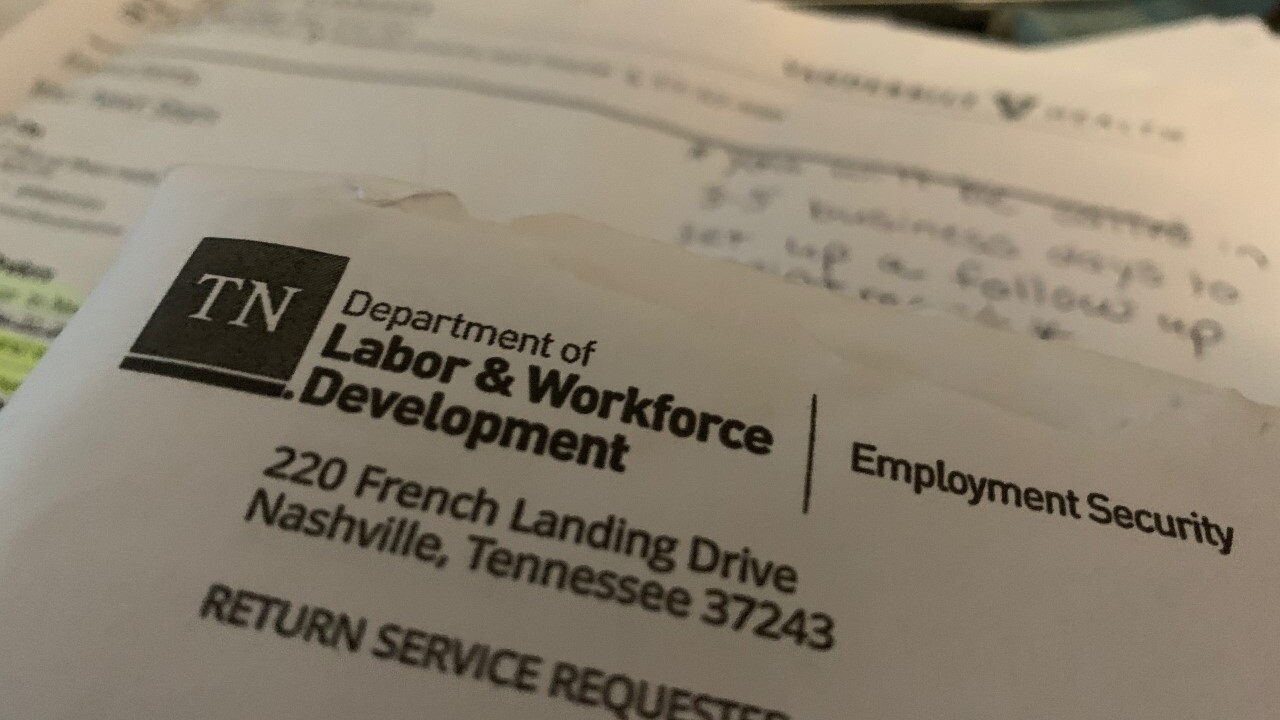 NASHVILLE, Tenn. (WTVF) — One week from eviction and Cary Reynolds says this would never have happened if he was paid the unemployment benefits he’s owed.

Reynolds has waited four months and according to him, he's had very little communication with the state unemployment offices. Now he worries he and many others are once again being overlooked.

“This is a crisis. It’s serious and it’s not a handout. Nobody asked to be furloughed and quarantined. We did not ask for COVID-19,” said Reynolds.

What seems like every time Reynolds has tried to get the help he needs, there’s someone else saying he owes them. Reynolds has kept meticulous records of every statement and every letter.

The last letter he got from the Tennessee Dept. of Labor & Workforce Development shows he’s owed more than $7,000 in benefits. Four months later and he’s still waiting.

“This has been numerous, numerous inquiries. I know that the system is overwhelmed,” said Reynolds.

Reynolds is not alone in his concern that things will only get more complicated.

In Washington, some GOP legislators say we should replace the extra $600 boost in Federal Pandemic Unemployment Compensation payments with a smaller payment.

The new proposal would take the FPUC payment and when combined with the state payment, brings your total benefits to at max 70 percent of what your weekly income.

Democrats have made it clear they want the $600 payments to stay because as they put it changing things now would delay us even more.

We asked the Tennessee Dept. of Labor and Workforce Development if it would be a challenge to make the adjustments.

“The Department and its vendor built four completely new unemployment programs as quickly as possible in the spring. Depending on what changes, if any, take place with the FPUC program in the coming weeks, the state will need ample time to implement those changes. It’s impossible to guess how long that might take since those changes have not been determined yet.”

“I don’t know what the answer is. Far be it for me to tell the state how to do their job,” said Reynolds.

Reynolds says at first the state tried to tell him he owed an overpayment from accepting FEMA help after flooding back in 2010.

Unemployment officials say they issued multiple fraud overpayment decisions to Reynolds, but it wasn’t until recently where Reynolds began to file appeals.

Hearings were scheduled at 9:30 and 10:30 the morning of July 13, to which unemployment officials say he Reynolds only made one meeting.

When Reynolds did appear, officials say they ultimately reversed their decision to charge Reynolds for the money they say he owed.

They say if Reynolds attended his first hearing, a decision would have been made on those overpayments.

Reynolds says he wants to clear up any and all issues as soon as possible. The longer he waits, he believes the more likely he is to be forgotten.

“I’m not asking for preferential treatment. I’m asking to be heard and for this to be rectified,” said Reynolds.

If your unemployment claim is approved after this and this weekend’s deadline, you will still get the $600 a week payment for every week you certified before July 25.