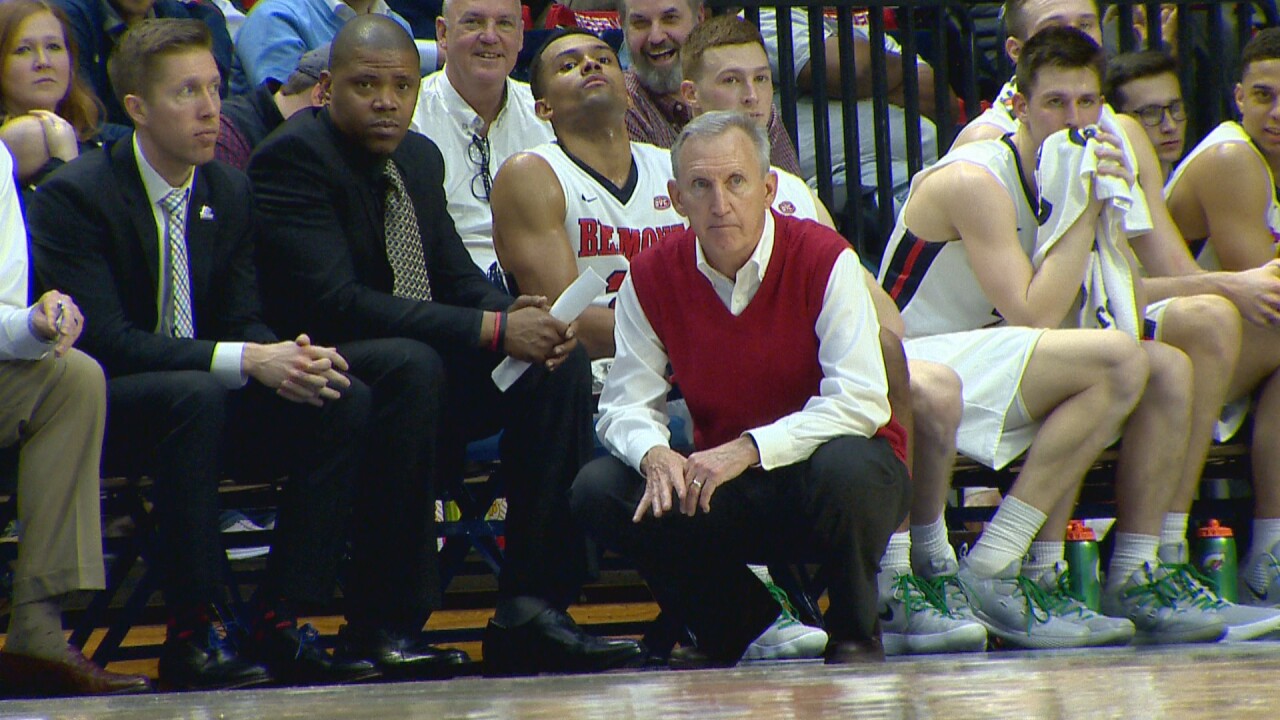 NASHVILLE, Tenn. (WTVF) — Legendary Belmont basketball coach Rick Byrd is retiring after informing his players of his decision in a meeting Monday morning. The school confirmed the decision in a press release.

Byrd, 65, had been mulling whether or not to return for a 39th season ever since the Bruins were eliminated from the NCAA Tournament by Maryland 79-77 on March 21st. Like he has done for the past several offseasons, Byrd weighed the pros and cons of retirement or returning while consulting with his wife Cheryl.

The 2018 birth of Byrd’s first grandson coupled with the desire to have healthy years in retirement helped make him decide. Byrd has always contended that he would not be a basketball coaching lifer.

But the decision was not easy. He arguably just enjoyed the most successful season in school history with Belmont winning 27 games, a fifth OVC regular season title in seven seasons in the league and the program’s first ever NCAA Tournament game over Temple.

The Bruins do lose senior stars Dylan Windler and Kevin McClain, but are scheduled to bring back a roster full of young talent that includes 6’10 big man and OVC Freshman of the Year Nick Muszynski and guard Grayson Murphy.

Byrd finishes his career with a 805-402 record, 713 of those victories came in his 33 seasons on the bench at Belmont. In late February he became just the 26th coach ever to reach the 800-win milestone. Byrd also led the Bruins to nine conference regular season championships, seven conference tournament titles and eight NCAA Tournament bids.

Belmont will now begin the search for his successor led by athletic director Scott Corley. The question is will the highly respected program’s first search for a coach since its NAIA days back in 1986 lead to an external candidate or someone with Belmont and Byrd ties like longtime associate head coach Brian Ayers?

Whoever Belmont ultimately chooses to be its next basketball coach will have big shoes to fill.