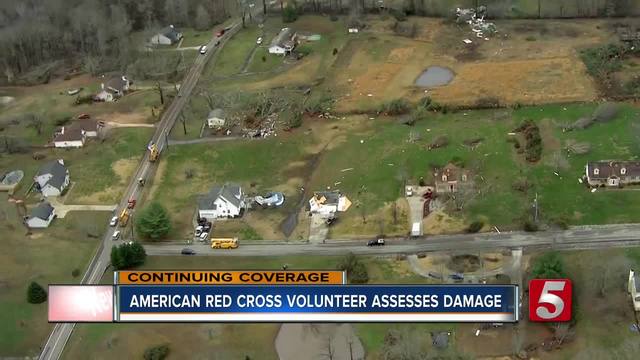 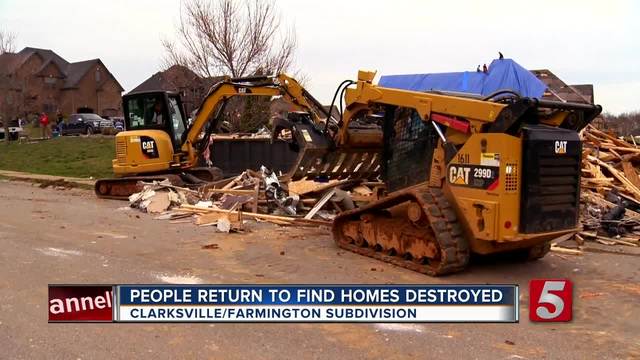 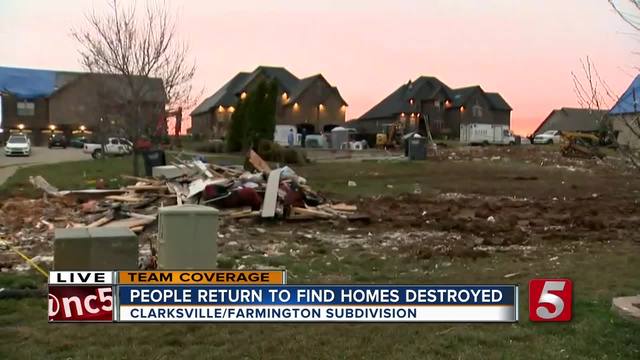 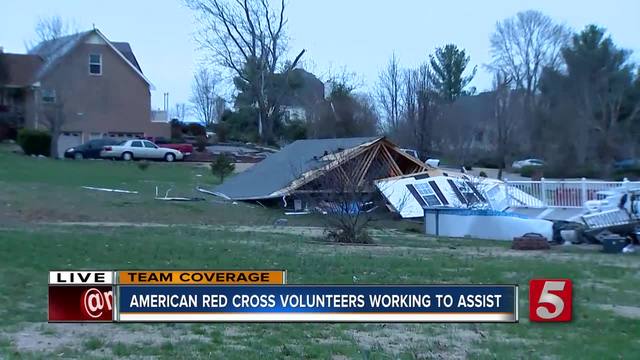 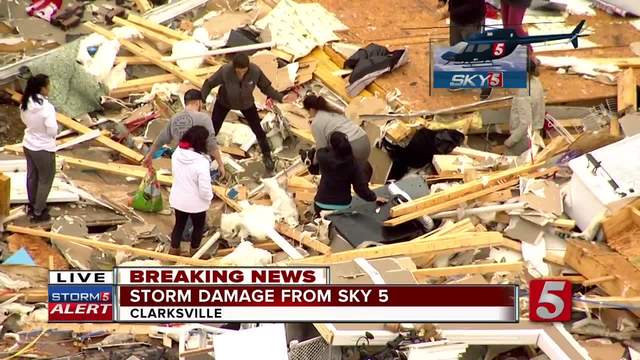 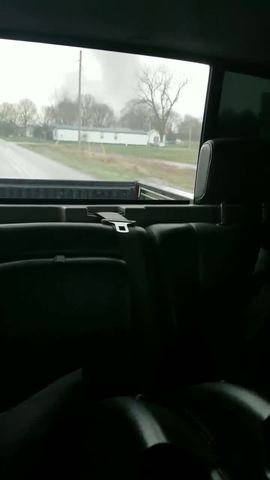 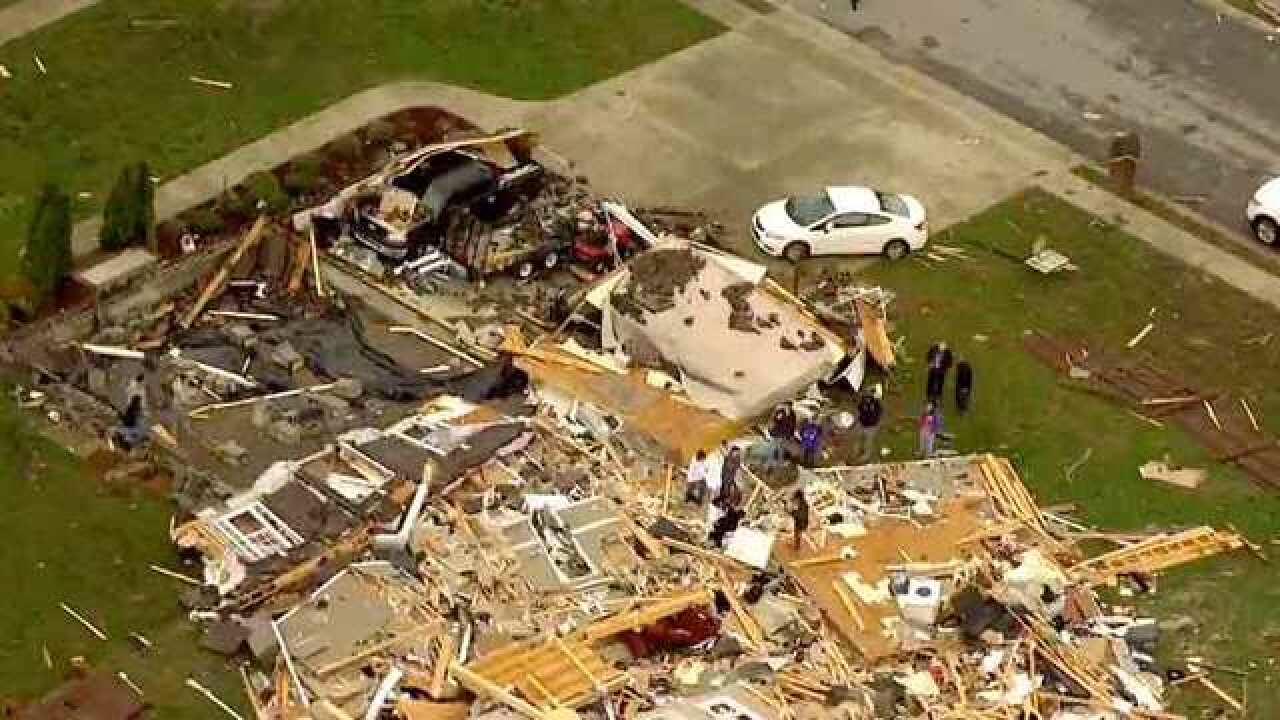 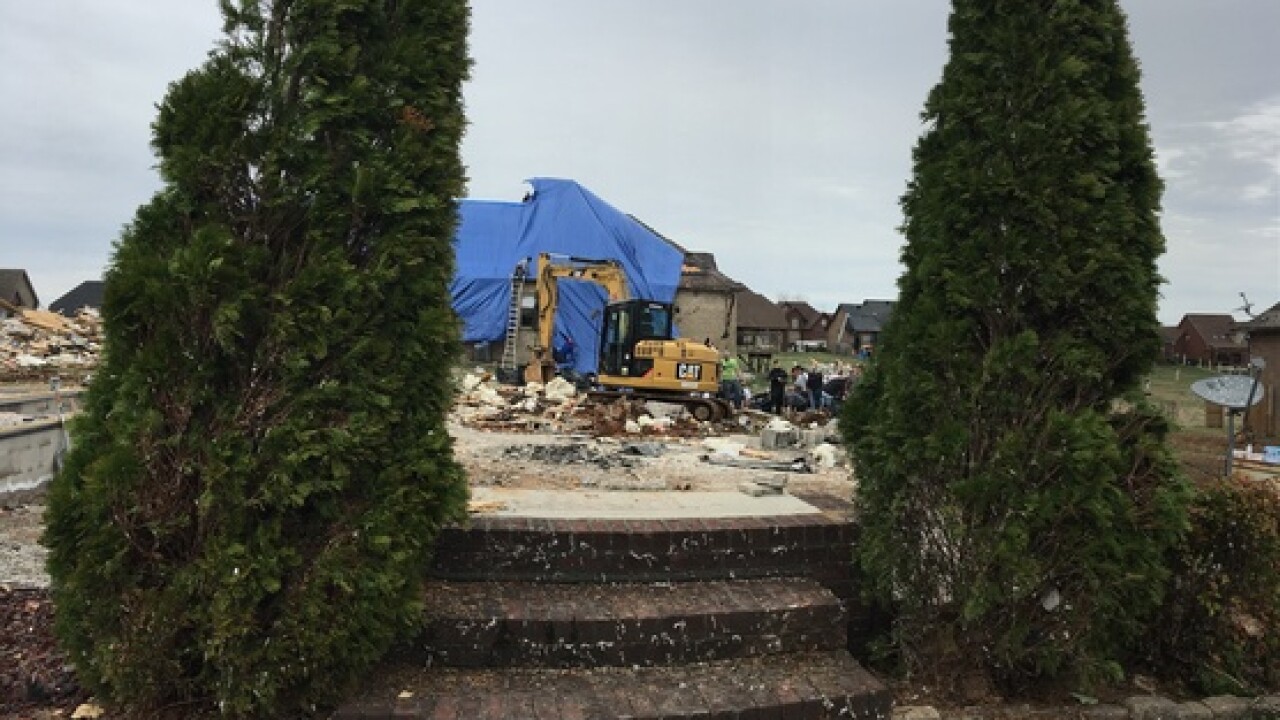 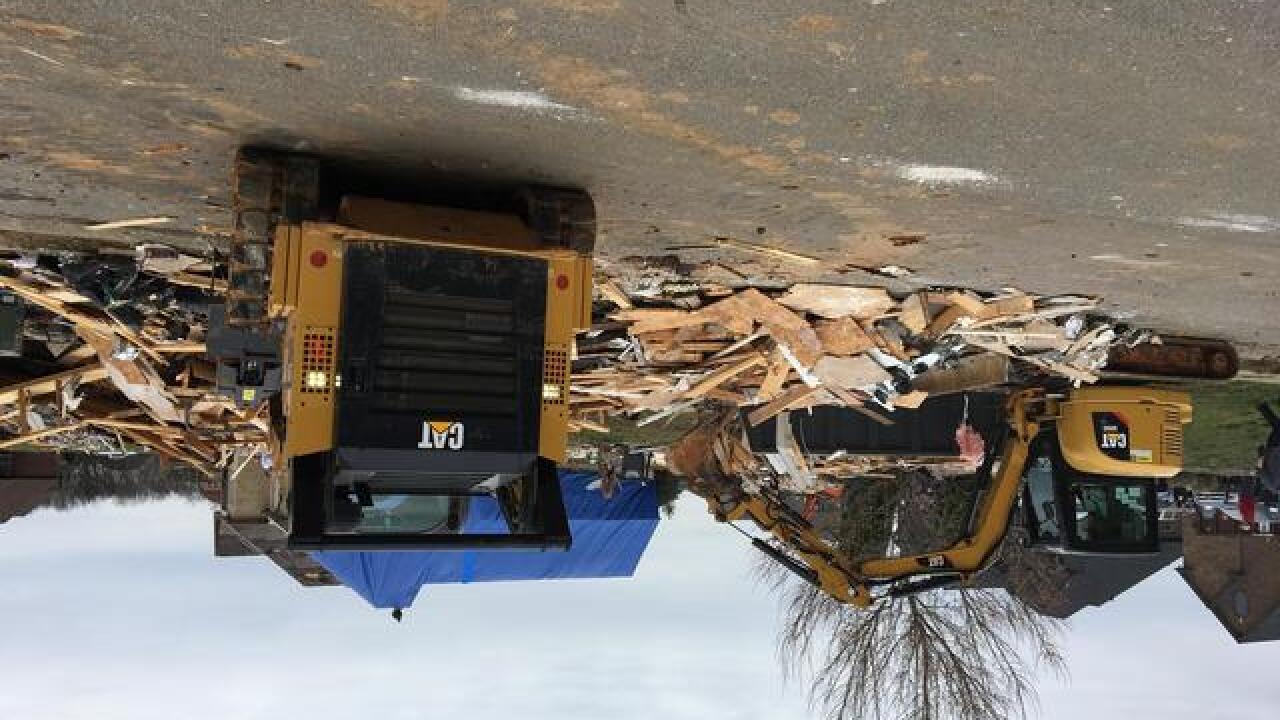 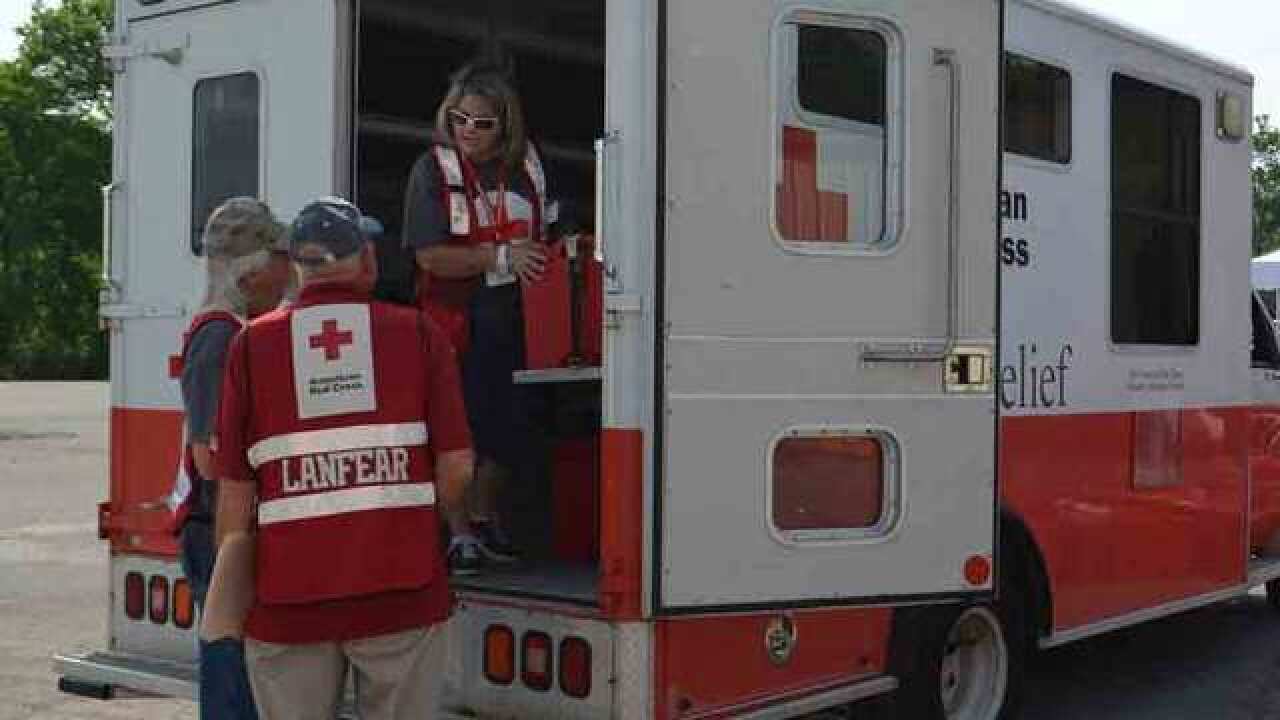 The tornados came with severe weather that hit Saturday afternoon and night.

NWS officials in Nashville said an EF-2 touched down in Clarksville with max wind speeds of 125 miles per hour.

The tornado began on Dunbar Cave Road and continued on a 4.05 mile path, ending on Kirkwood Road. The path was 300 yards wide.

Two injuries were reported from the tornado. Initial reports stated those happened on Green Grove Way at a home that was destroyed. The extent of the victims' injuries had not been released.

A second tornado was also confirmed in the Clarksville area. NWS officials said a high-end EF-1 tornado hit southwest of Clarksville near the Dotsonville community.

The tornado began near Bradley A. Martin Road and ended near the Cumberland River. It had max wind speeds of 105 miles per hour. The tornado's path was 5.04 miles long and 150 yards wide.

Major damage was reported in the Farmington subdivision where multiple homes were damaged or destroyed. Homes were also leveled or damaged and numerous trees knocked down in the Deepwood Trail and Sparkleberry Drive area, not far from the Cumberland River.

“A lot of the windows and everything in the houses are actually broken," said Nicholas Morgan, a resident in the Farmington subdivision. "A lot of garages are kind of sucked in and damaged. The front of the house has fallen down on a lot of the houses out here.”

Volunteers were out on Sunday helping to begin the cleanup process.

In Logan County, Kentucky, NWS officials from Louisville confirmed an EF-2 touched down there. One fatality was reported from the storm.

The tornado happened around 4:54 p.m. Saturday in the Keysburg area. It had max win speeds of 135 miles per hour near the Tennessee/Kentucky state line on McGee Road, traveling north to Dot Road.

A woman, identified as 79-year-old Dallas Jane Combs, was killed in the storm inside her home on Dot Road. One other injury was reported. The extent of that injury was not known.

A fourth tornado that hit Hopkinsville, Kentucky was also confirmed by the NWS. Reports stated the EF-2 tornado had wind speeds up to 135 miles per hour. It traveled in a northeast direction from south of Hopkinsville to east of the city with a path 200 yards wide.

An apartment complex in Hopkinsville had major damage following the storm.

The fifth tornado was confirmed in Warren County, Kentucky. NWS officials said the EF-1 touched down on Hays Pondsville Road, about one mile south of Hays, before traveling northeast. The tornado had max wind speeds of 100 miles per hour.