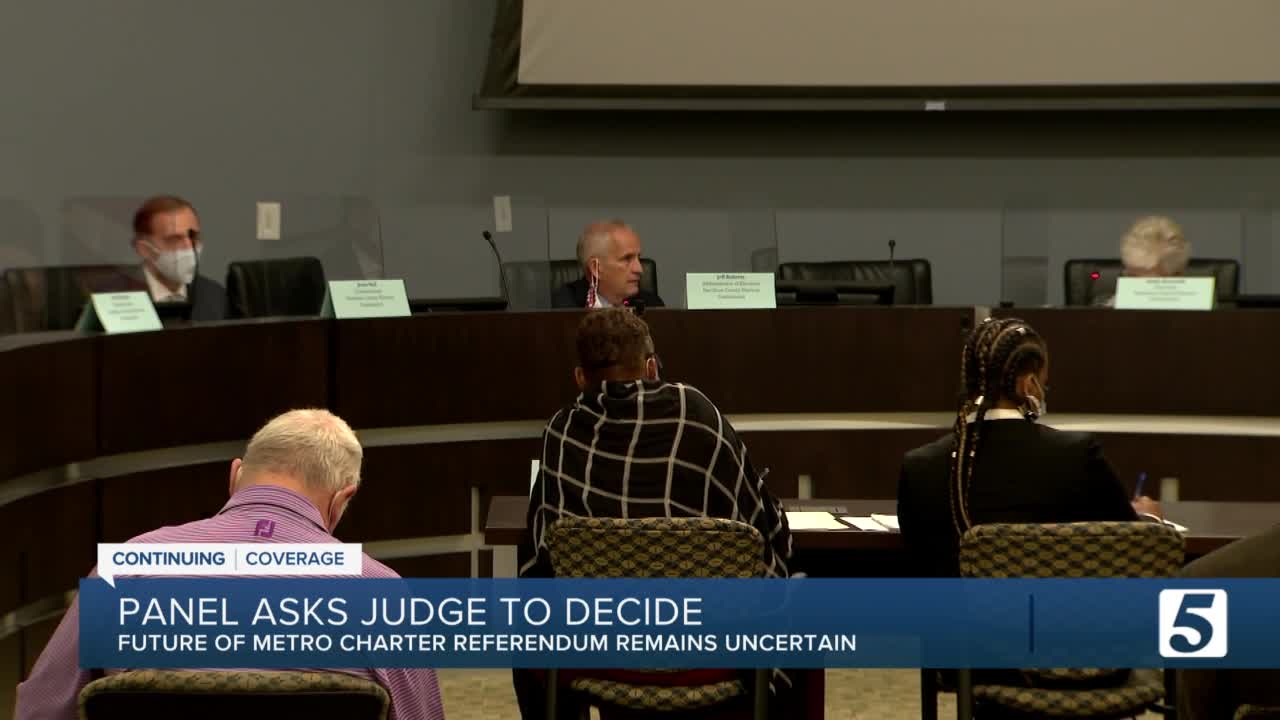 Thousands of Nashville voters have already said they support a referendum that would roll back Metro’s 34 percent property tax increase. But they will have to wait to learn if it will be placed on a ballot. 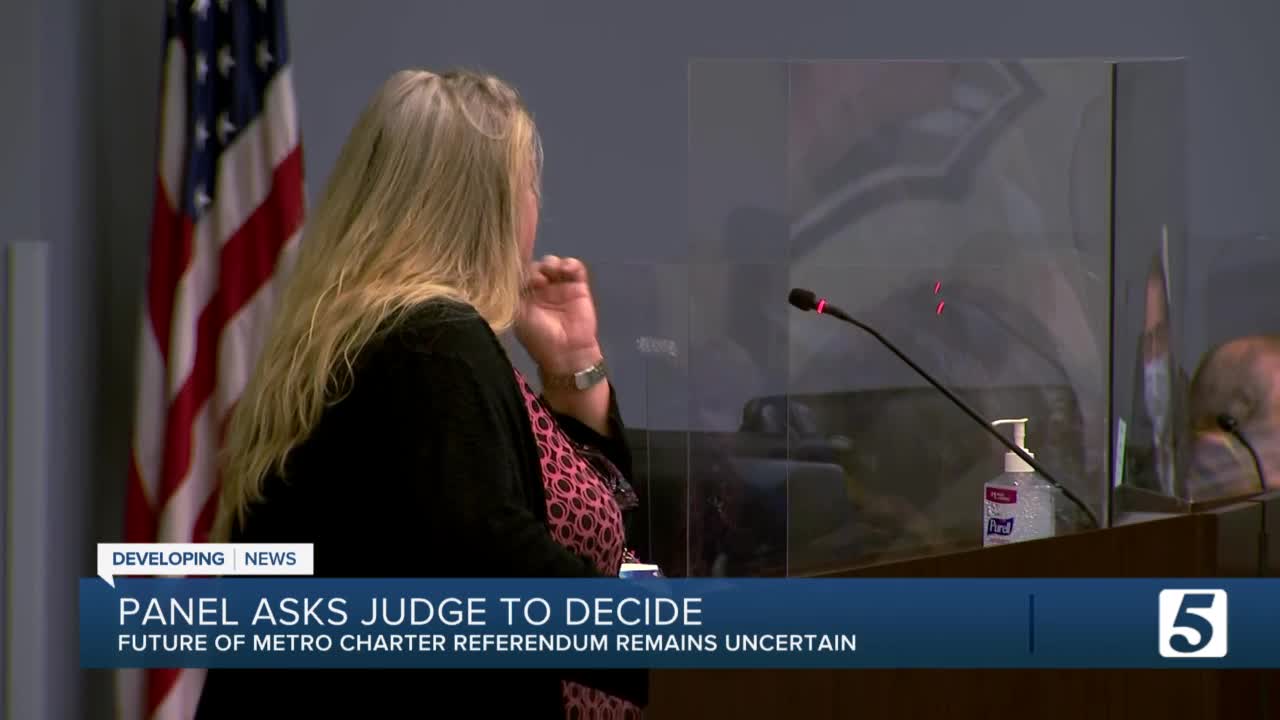 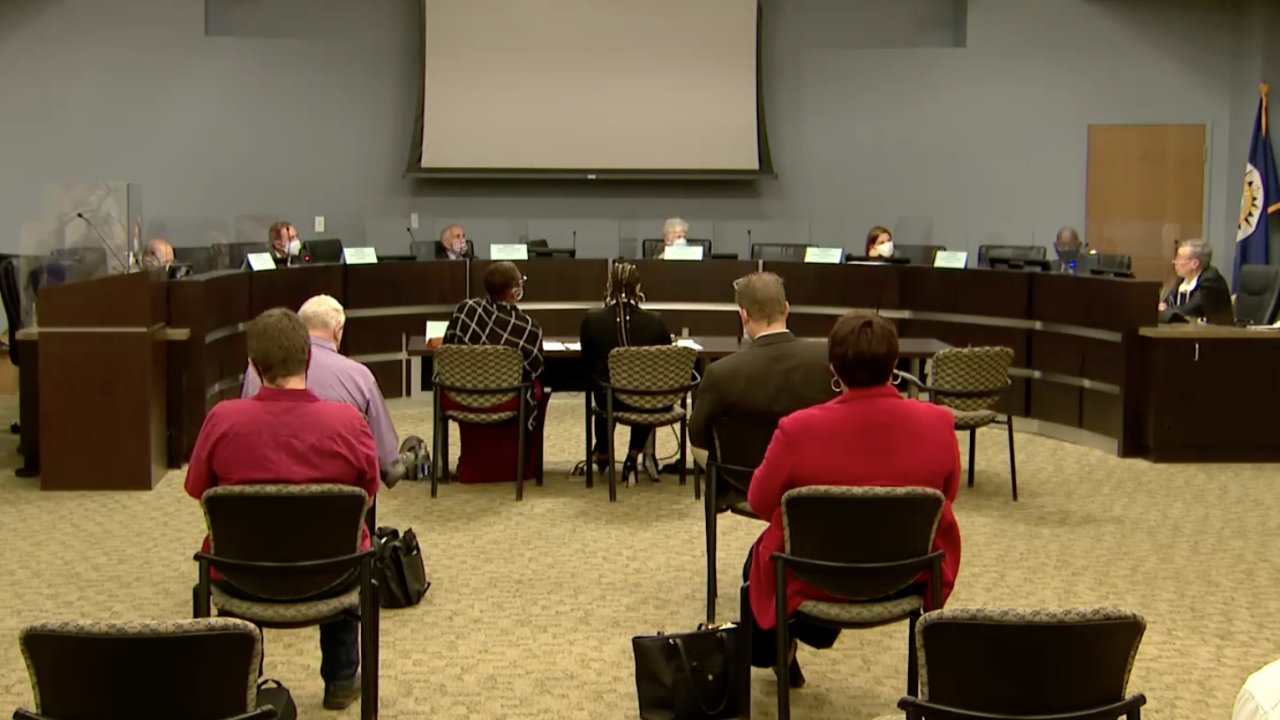 NASHVILLE, Tenn. (WTVF) — Thousands of Nashville voters have already said they support a referendum that would roll back Metro’s 34 percent property tax increase. But they will have to wait to learn if it will be placed on a ballot.

During a Davidson County Election Commission meeting Friday, commissioners discussed whether or not a petition by the group 4GoodGovernment to essentially repeal the property tax hike should be placed on a ballot in a December special election.

Commissioners were facing three options: accept the petition and place it on the ballot, reject the petition, or file for the declaratory judgment. They heard from three Nashville residents during a public comment period, including the 4GoodGovernment attorney, Jim Roberts.

This one needs to be put on the ballot as written and I ask you today on behalf of the 27,000 people who took the time to sign this petition and mail it back to my office... that you follow the law, you place it on the ballot without question. You don't have to like it. You don't have to want it, but I submit to you and your ministerial duties command that you do it. Let's just do it. and on December 5th we'll have us a knock-down-drag-out on election day and we'll see whose idea is better, and whose idea is worse," said Roberts.

Councilman Bob Mendes also spoke to Commissioners. He brought up what he said were issues with the petition and form.

"Traditionally, charter amendments look like legal documents, not like Facebook rants like this one does this is unnumbered. It does not delete sections they don't like they just add new sections, so if this passes, we'll have one section; say council has complete discretion to set the tax rate then we'll have another section - unnumbered, stuck in wherever we're gonna stick in that says something totally different there will be active conflict in between sections of the charter," said Mendes.

Commissioners discussed how the petition would appear on the ballot as well as possible legality issues with the petition as it is currently written. But even though the petition, "definitely presents some thorny legal issues” as Commissioner Jim DeLanis said, the commissioners said they wanted to honor the thousands of people who signed the petition.

"I also feel very strongly that when the public speaks, and they want to be able to vote on something, we should let the public speak. That is the core underpinning of our democracy. However, as Commissioner DeLanis has pointed out we do have some responsibility here - though our authority is somewhat limited - to make sure that what goes on the ballot is appropriate to be on the ballot and works within the confines of our laws and process and procedures that other folks have put forth before us," said Commissioner Tricia Herzfeld

One of the many people who signed the petition and even worked one of the tents to gather signatures was a local business owner who gave public comment at the meeting.

Through tears, she told them about her struggle to keep her business afloat amid the pandemic, which essentially put her and her husband out of work.

“First, I want to say I’m scared to death but I’m speaking for myself and thousands of others in my position...Government is supposed to be about the people and it's not anymore. The few shouldn’t have the say about the many…we need to get the power back to the people and let them speak," she said.

During the discussion, Commissioner DeLanis suggested the commission approve only a portion of the petition to be placed on the ballot, which is not what Roberts, the 4GoodGovernment attorney, sternly said he did not want.

The commissioners, particularly DeLanis, took issue with some of the language in the outlined petition and amendment, calling it argumentative. Others also pointed out issues with its formating and inconsistencies. DeLanis' original motion was not supported and did not go to a vote. What did go to a vote was Commissioner Jesse Neil's motion to file for the declaratory judgment.

A special election date was conditionally set for Tues., Dec. 15.

Mayor John Cooper released the following statement in light of the commission's decision:

“Clearly, there are serious questions about the constitutionality of the proposed charter amendment, and we look forward to the court’s ruling. Right now, the mere discussion of the referendum threatens Metro’s ability to provide essential city services to all Davidson County residents.

“This proposed amendment would turn Nashville’s temporary financial challenges into a chronic and permanent condition and be a roadblock to our community’s success. As essential city services are reduced, including classroom sizes, emergency services and response times, and infrastructure maintenance, our property values and our business landscape will quickly diminish.

“Nashville requires a stable financial condition to address the many challenges presented by 2020. We’ve faced two historic crises this year unlike anything we’ve seen in our lifetimes. Mandating a county-wide referendum every time our city requires a new school or other significant infrastructure project is completely contrary to way we govern here in Tennessee.

“Nashvillians are resilient and responsible. We rebuilt homes after the 2010 flood and the March 3rd tornado. We reopened businesses in the face of a global pandemic. And the Mayor’s office will continue to stand by the difficult but necessary decisions that will help us re-emerge from this period of historic challenge as the greatest city in the nation.”