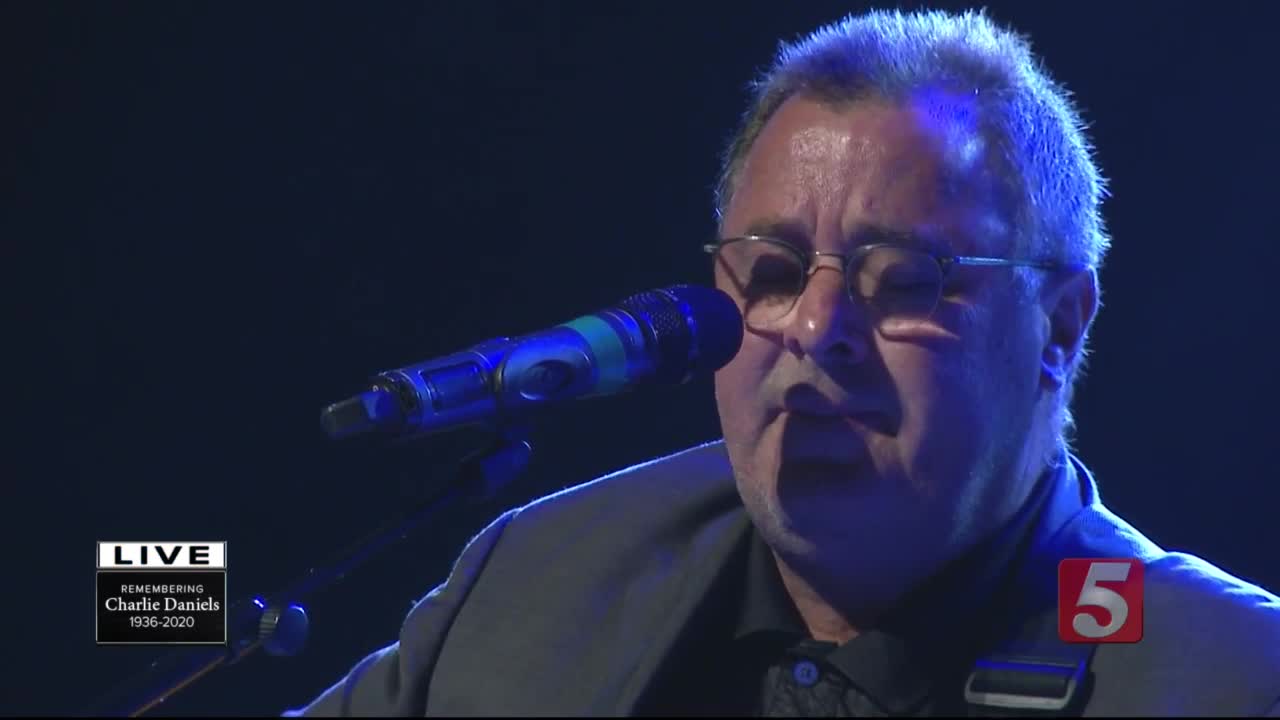 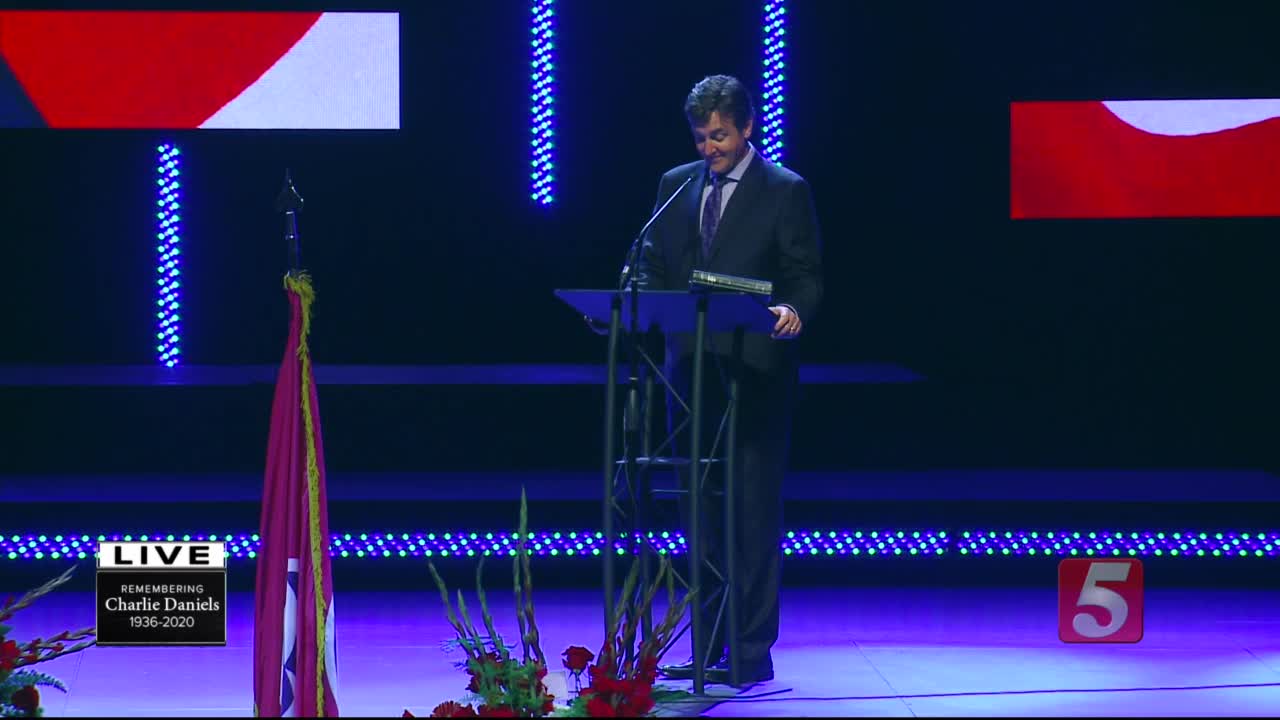 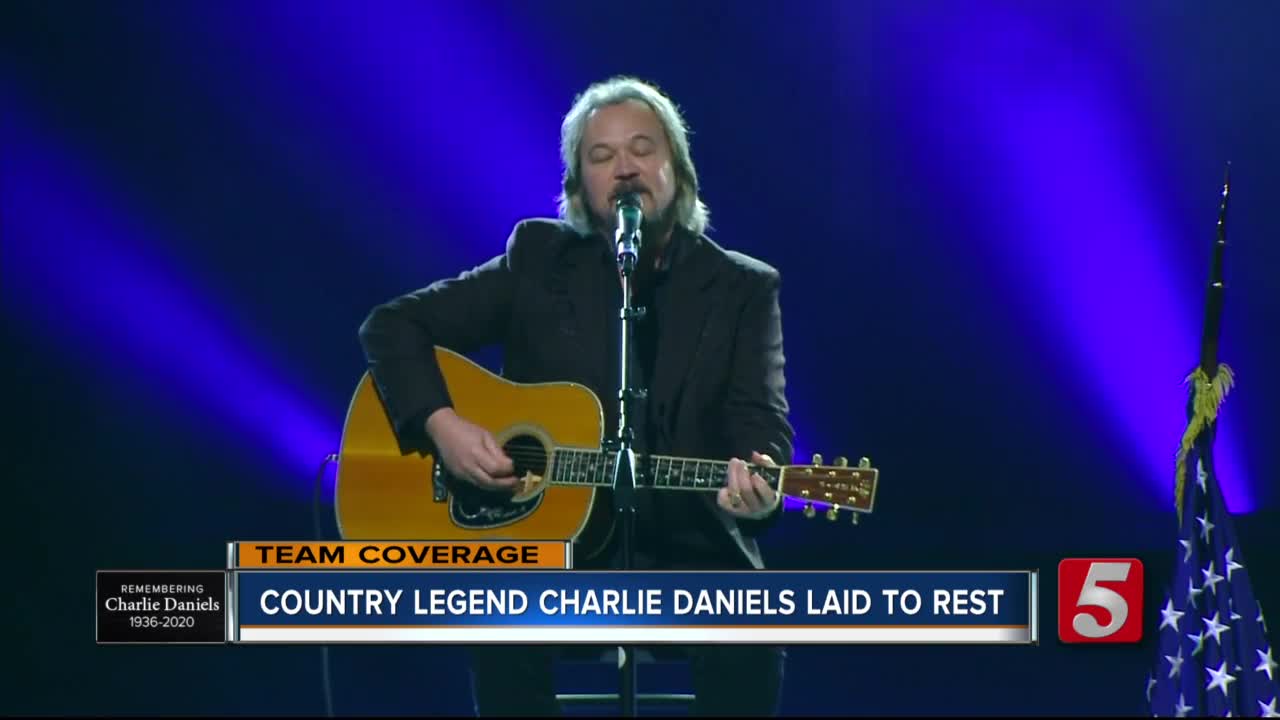 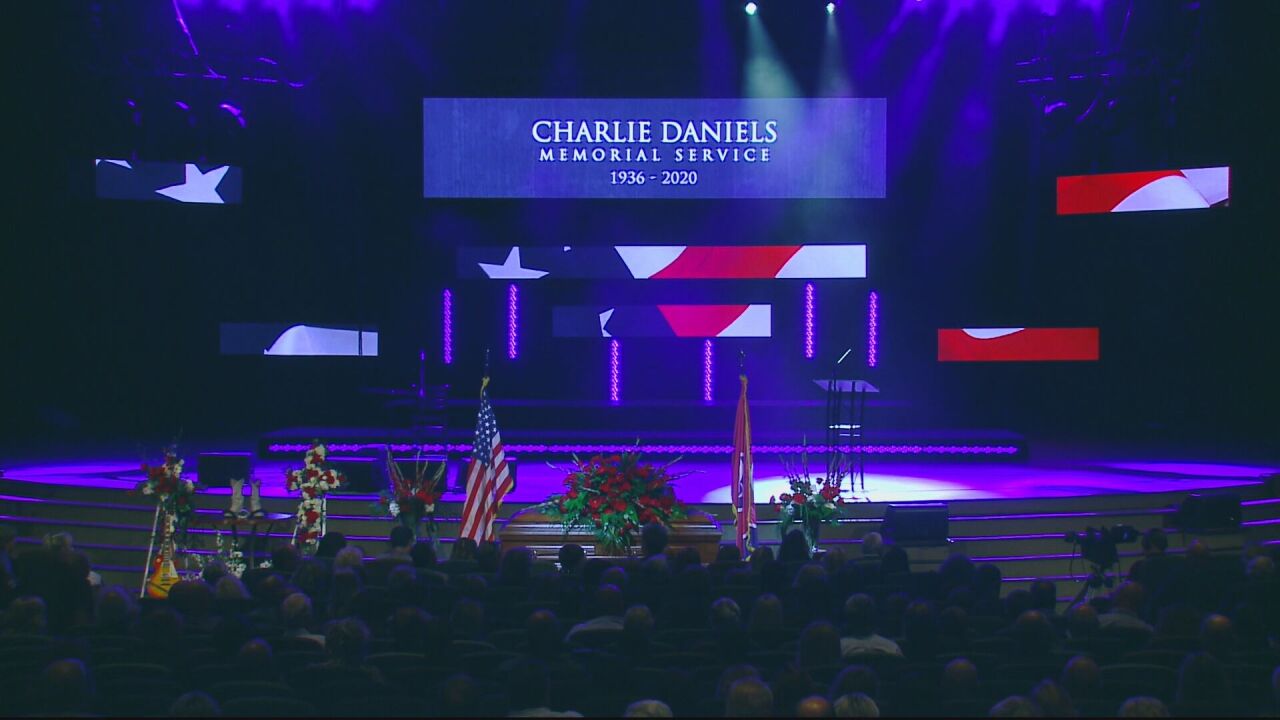 Daniels, who died Monday from a stroke at age 83, is perhaps best known for the hit, “The Devil Went Down to Georgia.”

Watch the full service below:

His body was escorted by Mt. Juliet Police and the Patriot Guard Riders to World Outreach Church in Murfreesboro.

The hearse carrying Charlie Daniels is now heading to the graveside service, which will be for friends and family only. @nc5 pic.twitter.com/Fb9oxvf5ps

The church also opened different sanctuaries and set up a stage with large screens outside to help with social distancing. Several fans sat in the shade in the parking lot of the church to pay their respects including Denette Blakemore who sings in the church choir.

"Daniels sang with our choir several times," Blakemore said. "He always made time to talk to the choir and he was so genuine and had the kindest heart. He was such a faithful servant and such a bold voice for his faith and for our country."

Carolyn Benson said while she could have watched the service online, she felt compelled to visit.

"I just think Charlie Daniels was one of the greatest men ever. I could have watched it online but I just thought if I have legs to walk, I want to be over there. I thought that's the least I could do to show respect," Benson said.

Following the service, a private burial was held in Mt. Juliet.

Charlie Daniels leaves behind a legacy of helping veterans organizations