Analysis: No, Commissioner, that's not what it said 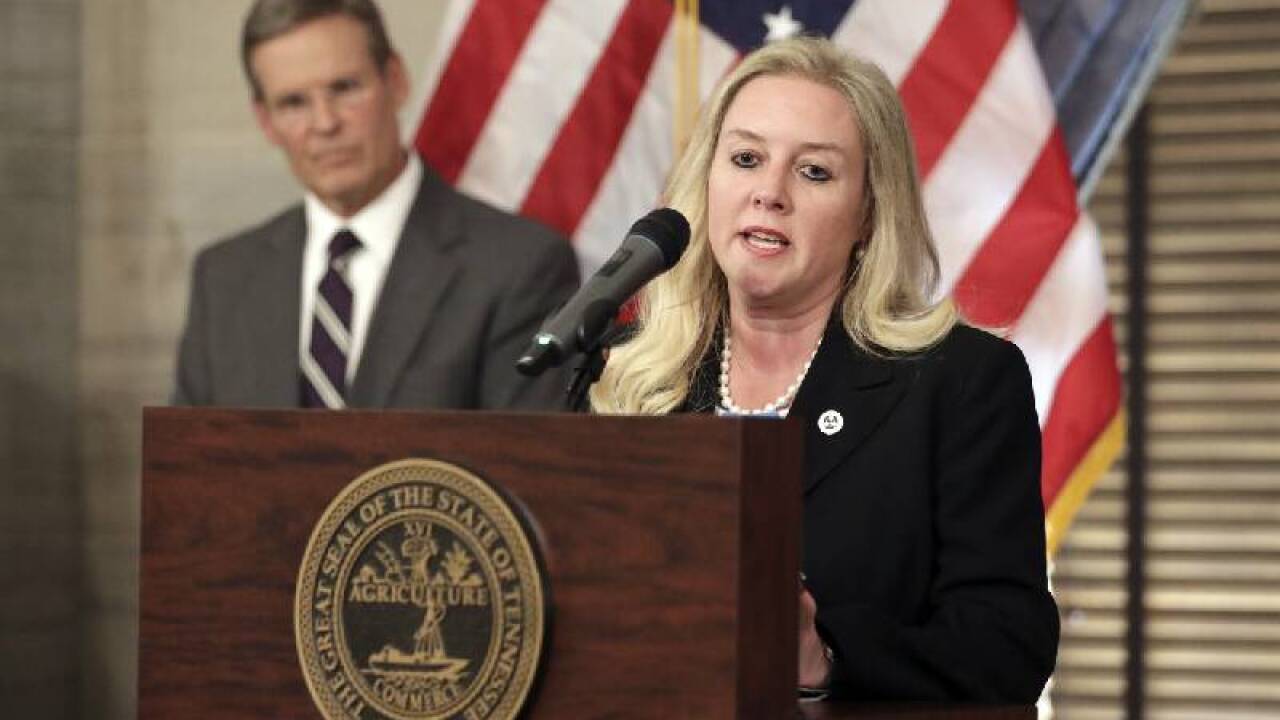 NASHVILLE, Tenn. (WTVF) — Tennessee Health Commissioner Lisa Piercey has defended the failure to catch outbreaks of COVID-19 inside the state's prisons by claiming that inmates are testing positive without showing symptoms at an unusually high rate.

The health commissioner has claimed that "about 98 percent of them are completely asymptomatic."

"It's a very interesting scientific phenomenon," Piercey said Thursday, repeating her claim from last week that it was "a head-scratcher."

The commissioner claimed that it was such an interesting scientific phenomenon that it drew the attention of the U.S. Centers for Disease Control in the latest publication of its highly respected Morbidity and Mortality Weekly Report (MMWR).

"They put out a weekly report of sorta hot topics, and this was the one that came out just yesterday about this very high asymptomatic rate," Piercey said in response to a reporter's question.

"It appears to be somewhat unique to these contained populations."

That publication did focus on correctional and detention facilities, warning of significant challenges in controlling the spread of highly infectious pathogens."

But there is only one reference in the four-page report to asymptomatic transmission, and it does not refer to anything unique among prisons.

It's about nursing homes.

"An investigation of a COVID-19 outbreak in a skilled nursing facility found that approximately one half of cases identified through facility-wide testing were among asymptomatic and pre-symptomatic persons, who likely contributed to transmission," the authors noted.

"These data indicate that symptom screening alone is inadequate to promptly identify and isolate infected persons in congregate settings such as correctional and detention facilities."

In fact, as NewsChannel 5 Investigates first reported, Piercey herself had warned long-term care facilities about that very issue after an outbreak inside a Gallatin nursing home.

"Recent experience suggests that a substantial proportion of residents could have COVID-19 detected without reporting symptoms or before symptoms develop," Piercey said in a March 28 memo to the facilities.

But, despite that concern about asymptomatic spread, Tennessee's health commissioner continued to insist for another month that there was no need to test prison inmates until they showed symptoms.

Prisoners had to get sick first.

One inmate has now died.

The day after this post - where she said inmates could get tests if they were asymptomatic - she reversed course. @GovBillLee doesn’t seem to notice pic.twitter.com/Rl1joB9zoN

On Tuesday, in response to questions from NewsChannel 5 Investigates, Piercey denied that she should have acted more decisively based on the experience with asymptomatic spread inside a nursing home.

In fact, that's exactly what the latest report from the CDC says should be the lesson.

You can read the MMWR report, COVID-19 in Correctional and Detention Facilities — United States, February–April 2020, for yourself.