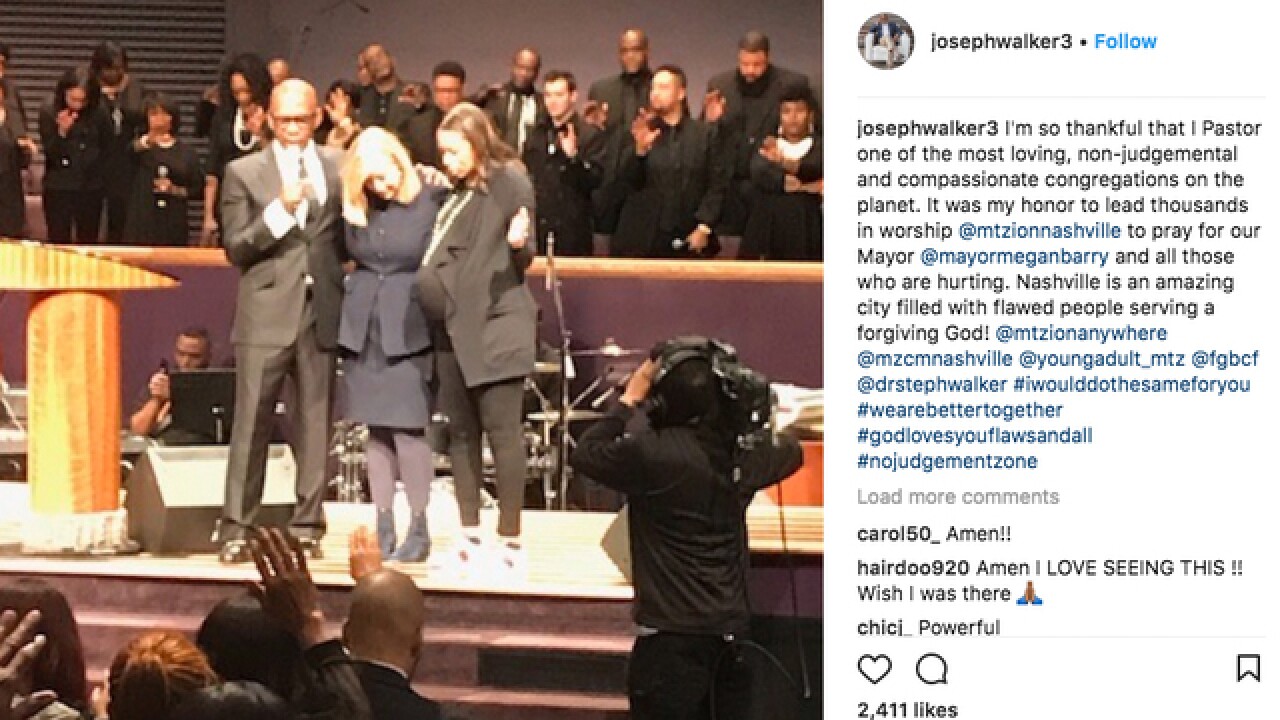 Less than a week after admitting to an extra-marital affair with her police security guard, Nashville Mayor Megan Barry made her first public appearance.

I'm so thankful that I Pastor one of the most loving, non-judgemental and compassionate congregations on the planet. It was my honor to lead thousands in worship @mtzionnashville to pray for our Mayor @mayormeganbarry and all those who are hurting. Nashville is an amazing city filled with flawed people serving a forgiving God! @mtzionanywhere @mzcmnashville @youngadult_mtz @fgbcf @drstephwalker #iwoulddothesameforyou #wearebettertogether #godlovesyouflawsandall #nojudgementzone

He later posted on social media he is thankful to pastor one of the “most loving, non-judgmental and compassionate congregations.”