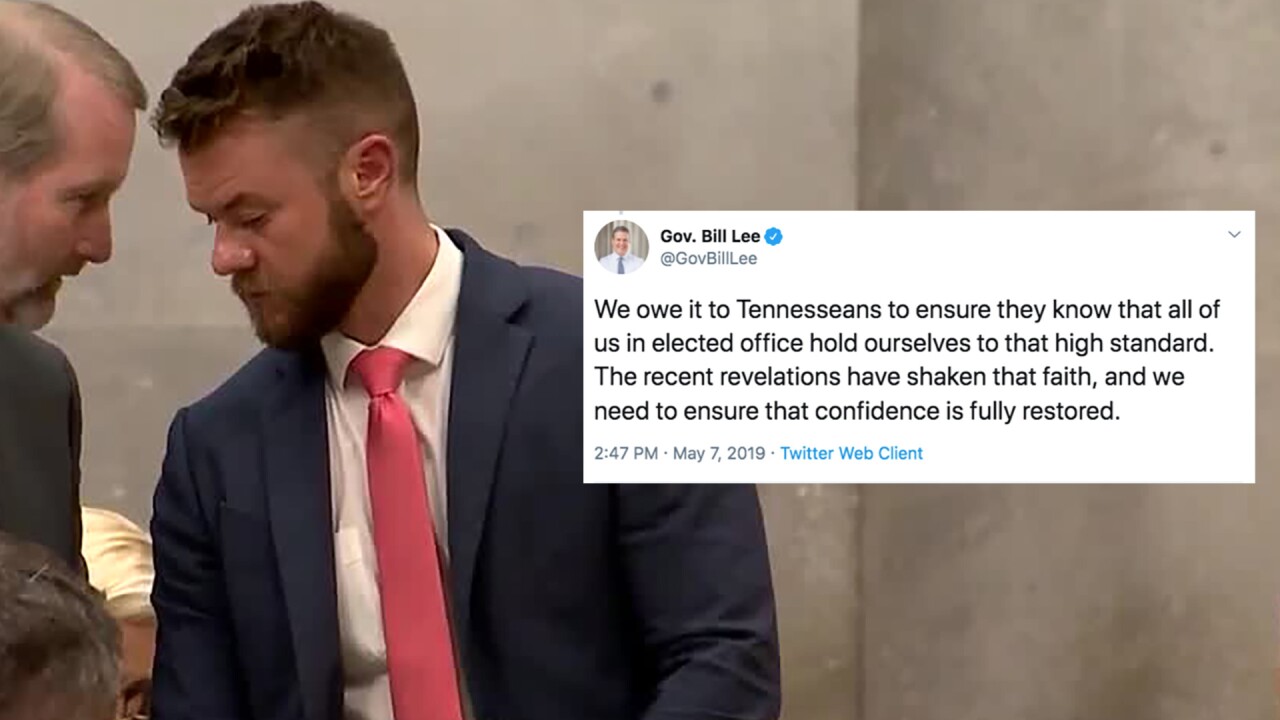 The Governor tweeted his response saying, "When we choose to enter public service, we have an obligation to hold ourselves to a higher standard and cultivate an environment of professionalism and respect. We owe it to Tennesseans to ensure they know that all of us in elected office hold ourselves to that high standard. The recent revelations have shaken that faith, and we need to ensure that confidence is fully restored."

NewsChannel 5 Investigates uncovered text messages from years ago between Casada, Cothren and others discussing what Casada called "locker room talk."

The messages contained sexually explicit comments about women, racists comments and admitted use of cocaine and other drugs.

Respectfully, feeble statements like this are how elected leaders get branded as moral cowards. Governor Lee has a chance to be a real leader and reset the culture at the state capitol, but that would require him to put ambition and politics aside and take a stand. Across the state, in small towns and big cities, Tennesseans believe in looking out for each other, man, woman, white, black, newcomer or tenth generation. Glen Casada has spit on and degraded this tradition. Governor Lee must search his heart and, if he really cares about a 'higher standard and cultivating an environment of professionalism and respect,' call for Speaker Casada's resignation."