Mayor Pledges To 'Look Into' NC5 Findings As Opponents Pounce 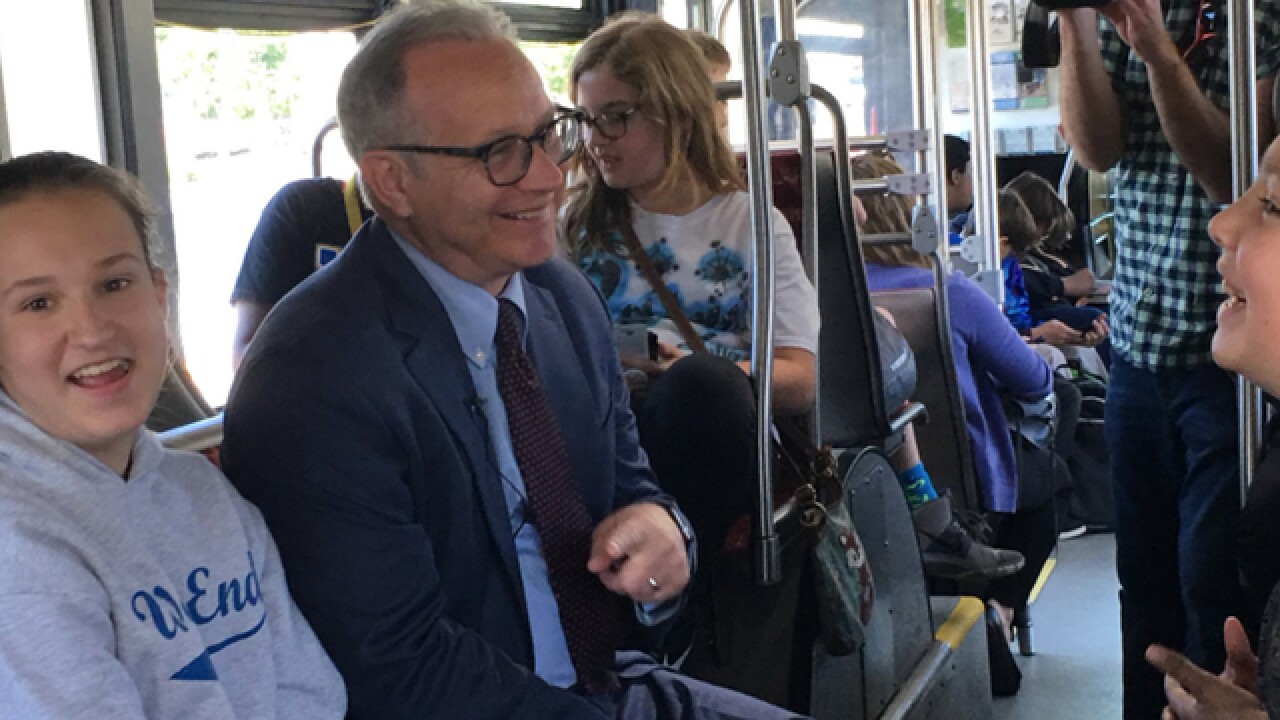 Copyright 2018 Scripps Media, Inc. All rights reserved. This material may not be published, broadcast, rewritten, or redistributed.
&lt;p&gt;Courtesy: Mayor David Briley on Twitter&lt;/p&gt;

Mayor David Briley said Wednesday he's been assured there's "no reason" to be concerned about the drinking water in Nashville schools.

However, in a clarifying statement released the night before voters go to the polls, Briley pledged to work with Metro departments "to look into the Channel 5 findings."

That reversal came after one of the top experts in the country said that, because of the way tests were conducted by Metro Schools, the results "should be thrown right in the garbage."

A NewsChannel 5 investigation discovered the district utilized a testing method that washed debris out of the pipes before the samples were collected.

"I have consulted with Director Scott Potter at Metro Water Services and he assures me that the water being provided to the public is safe in every respect, and there’s no reason for anyone to be concerned about exposure to lead," Briley's initial statement said in response to the story about the Flint expert.

The mayor said he would be working "to make sure the drinking water at every school remains safe."

"I am also working with Metro Water, Metro Schools and the Metro Public Health Department to look into the Channel 5 findings...," Briley said.

"The health and welfare of all children is at the top of my priority list."

.@MayorBriley issues new statement clarifying his position, saying he will work with departments “to look into the Channel 5 findings.” (For record, this testing protocol was district-wide, not just at East Middle.) pic.twitter.com/lzRcOwfFbI

Briley had spoken out strongly after another NewsChannel 5 investigation exposed a secret recording where a Metro Schools official discussed bypassing lead filters on school water fountains.

"This would imply that the decision makers viewed the cost to replace the water systems is greater than negative effects on our children's health and safety," Swain's campaign said.

"If it is determined that the water system needs to be replaced, we will have to find money to repair the system.”

Ralph Bristol had a similar take.

"First, we should get a second and third opinion on the validity of the tests," Bristol wrote.

"Second, if we discover lead problems, we have to fix them, and find savings in the budget to fund the repairs."

Candidate jeff obafemi carr said "this issue hits home for me because four of my children attend a MNPS school and drink that water five days a week."

"We must elect new leadership with the ethical core to do what is necessary to protect the health and future of our city’s children, by prioritizing their safety and well-being," carr said.

Another contender, Jon Sewell, suggested the issue was "symptomatic of a greater problem."

"Inaccurate tests, failed metrics, deceptive practices are all part of the failed policies of administrative leaders looking to improve their personal lot on the backs of the collective," Sewell said.

"As mayor, I will move heaven and earth to ensure Nashville is not the next Flint," she added.