Nashville school officials may have covered up problems with the district's drinking water, using a testing protocol that masks the real level of lead contamination, a NewsChannel 5 investigation has discovered. 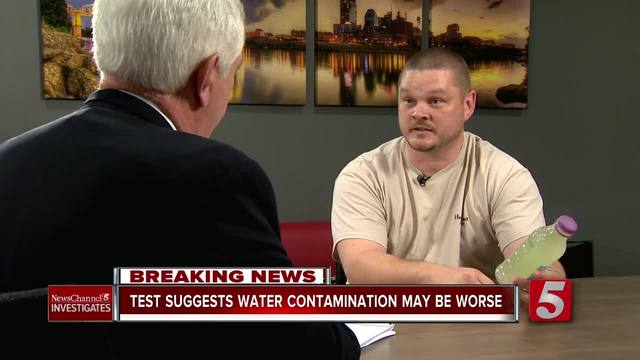 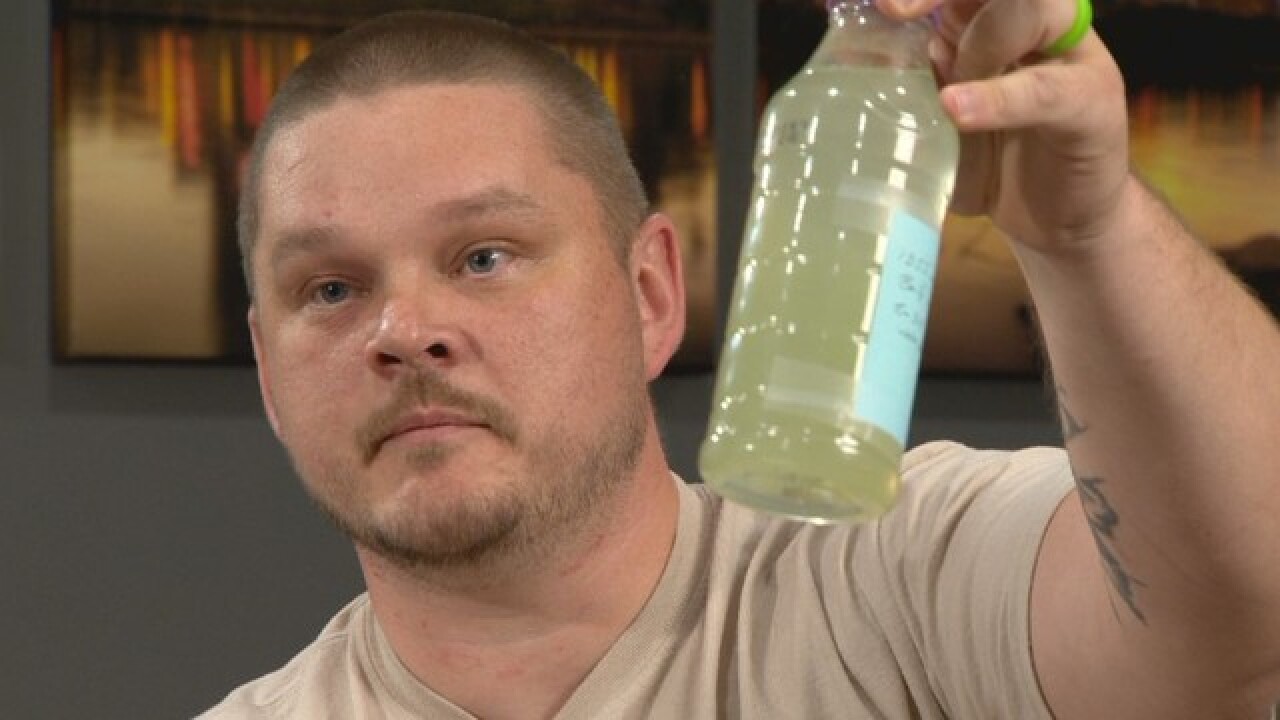 Nashville school officials may have covered up problems with the district's drinking water, using a testing protocol that masks the real level of lead contamination, a NewsChannel 5 investigation has discovered.

Test results from a water sample brought to NewsChannel 5 Investigates by a Metro Schools insider suggests the contamination issues could be far greater than district officials have been willing to admit.

The whistleblower, a plumber in the school system's maintenance department, said it's because Metro Schools has engaged in a controversial practice that essentially washes away the evidence.

"It's not right," said plumber Joey Combs. "I mean, at the end of the day, it's not right to put kids lives on the line."

That sample came from East Nashville Middle Magnet School, formerly known as Bailey Middle School. Built in 1929, it's one of Nashville's oldest school buildings and is now home to some 800 students, according to district records.

Over the past year, school officials have assured parents that the water there, and in every other school, is completely safe to drink.

But Combs said he decided to collect the sample after seeing the greenish water coming from a third-floor fountain.

Inside a plastic bottle, he showed us water with debris sitting at the bottom.

"It's settled some. You can see the crud there, but if you shake it just a little," Combs said, jiggling the bottle as the water turned green.

"That's the color that it came out. If a student had just come in from playing outside and decided, hey, I want a drink of water and ran up to the fountain, that's what they are going to be a mouthful of."

A closer look revealed chunks of sediment floating through the water.

"I did 10 years in the Army, two tours overseas, and I wouldn't have fed Saddam Hussein this water," the Metro Schools plumber said. "So the last thing I want is a child drinking that."

NewsChannel 5 Investigates sent the sample to an accredited lab to be tested.

But it wasn't just lead.

It also contained 6,500 parts per billion of copper.

The EPA says anything above 1,300 parts can make you sick.

We showed video of the water sample to Lula Mosley, who has three grandchildren at East Nashville Middle.

"Oh, my God, that's not even clear water," Mosley exclaimed.

She worried that the copper contamination could make its way into the food that's prepared in the cafeteria.

"When I go pick them up sometimes, their stomachs be messed up by their food," Mosley said. "So it's got to be that water they are cooking their food with."

After we informed Metro Schools about our results from East Middle, they immediately sent crews to take that water fountain offline, along with a second one on the same floor.

Officials issued a statement saying the water came from a fountain that "is located in a portion of the building that is not used by students, but is near four staff members' offices."

It added, "The district tested all fixtures at the building last summer and all were below EPA action levels."

In other words, there's nothing to worry about.

Water gets contaminated when debris flakes off into the water sitting in old metal pipes.

NewsChannel 5 pulled the records on Metro's previous tests on the fountain that produced the contaminated water, and it shows barely detectable levels of lead.

But we discovered that what district officials don't tell the public is that they're essentially flushing out all the bad stuff before they test.

"Why would you have a work order that says flush the buildings prior to the water sampling if you want to get a 100% accurate test?" the maintenance worker, Joey Combs, asked.

Combs had a picture of a work order -- directing him to "flush water" in one school "to prepare for water sampling" -- along with a secret recording of his supervisor.

"Start in the kitchen," she instructed. "Leave everything turned on. The showers down in the..."

"You go in, you open everything up on the cold side wide open, let it run for a couple of hours," Combs said.

NewsChannel 5 Investigates asked, "A couple of hours, you say?"

That's a process known in the industry as "pre-stagnation flushing."

The water is run throughout the building, then allowed to sit for at least six hours before a test sample is collected.

A Metro School spokesperson insisted that the district is following longstanding protocol posted on the EPA's website.

But after the lead crisis in Flint, Michigan, the EPA issued new instructions for testing in homes.

"Pre-stagnation flushing may potentially lower the lead levels as compared to when it is not practiced," the 2016 EPA memo said.

John Rumpler, with the group Environment America, told NewsChannel 5 Investigates that "you're sort of rigging the system."

The district conducted a new round of tests and discovered the problem with the toxic metal was nine times worse than what the first tests suggested.

"That's the reason flushing is flawed as a testing protocol is that it masks the danger to our children," Rumpler added.

Joey Combs says he believes Metro Schools didn't find the contaminated water because they didn't want to, because school officials don't want to be forced to spend the money to fix the problem.

"If you are flushing it and then testing it, you are looking to get a result that looks favorable in someone's eyes who doesn't know any better."

NewsChannel 5 Investigates also spoke with a former employee of the school maintenance department who said he personally witnessed water left running in some schools all night long -- before the test samples were collected.