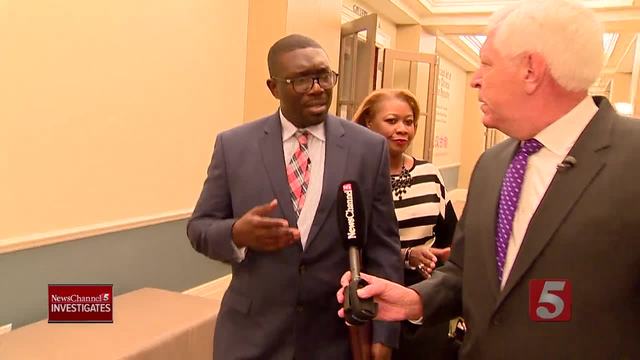 How far will the Metro Schools director go to avoid answering questions? 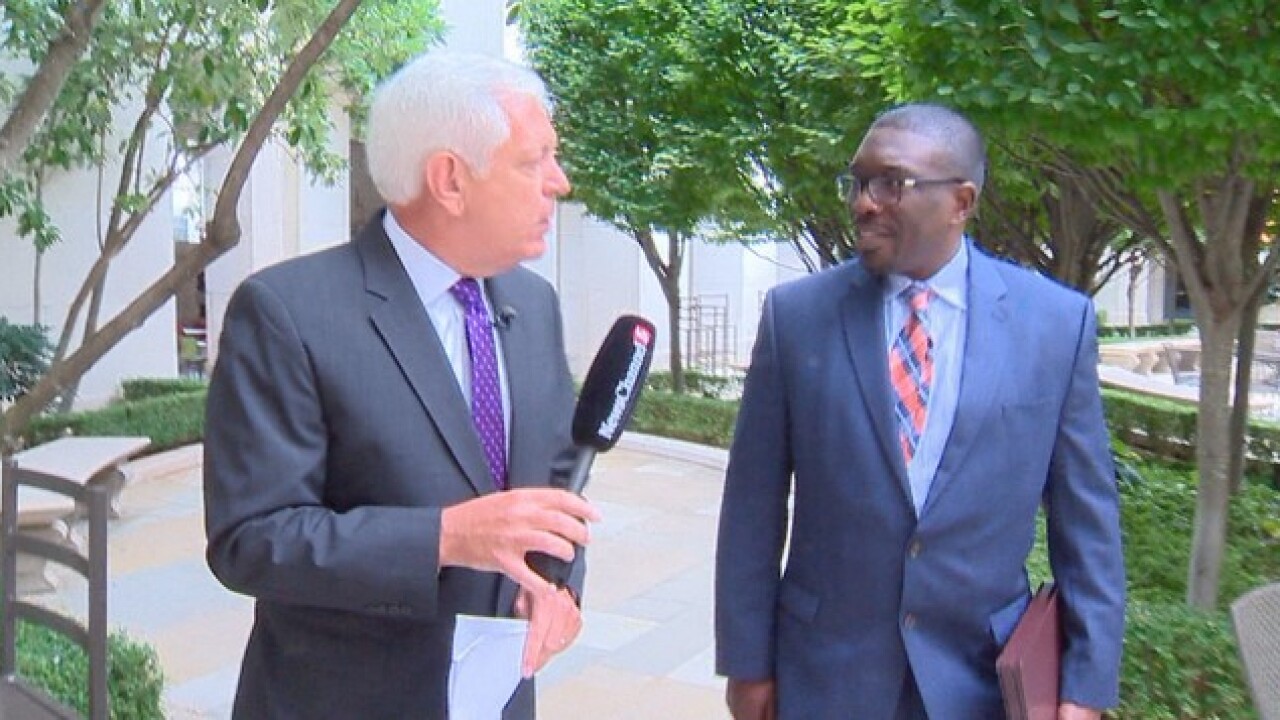 How far will the Metro Schools director go to avoid answering questions about how his administration has investigated sexual harassment allegations?

It was just a week ago that NewsChannel 5 Investigates first exposed a sexual harassment scandal inside Metro Schools.

Now, there are questions about Dr. Shawn Joseph's role in those investigations.

We first asked Dr. Joseph to sit down for an interview on these serious questions back on June 5th -- more than seven weeks ago.

When he didn't respond, we decided to go looking for answers at the downtown library at a news conference where organizers announced he would be available to answer questions.

NewsChannel 5 Investigates asked, "Dr. Joseph, can we ask you a couple of questions, please?"

"I'm tied up at the moment -- I'm sorry," the Metro Schools director answered.

We waited for him to finish his business.

But then, he bolted for a back door, looking for another way out.

"I just don't have the time at the moment," he said. "We can schedule a time to talk."

NewsChannel 5 Investigates noted, "We've been asking for weeks for a time to talk."

"Now is not the time, Mr. Williams. I appreciate it, though," he said.

We responded, "We have been asking for weeks."

"How are you doing?" Joseph asked.

We countered, "The question is: how are you handling sexual harassment allegations in the district? That's the important question."

"We'll find a time to talk. I appreciate you."

Our investigation discovered the district's own investigative files were filled with horrific allegations of sexual harassment and inappropriate conduct stretching back months, including claims that the principal hired a school employee from an adult bookstore he allegedly frequented.

It wasn't until two days after our first report on Braden that the district finally placed him on administrative leave.

We wanted to know: what took so long?

"I am not going to answer your questions right now," Joseph insisted.

NewsChannel 5 Investigates pressed, "The fact that you put Dr. Braden on administrative leave, does that indicate that your office did not handle this well to begin with?"

"No, it doesn't mean that at all," he answered. "We'll find time to talk. I appreciate it. I am not going to talk about an open investigation. I appreciate you, though. Thank you."

We also had questions about why Joseph, when NewsChannel 5 Investigates first began asking to review the district's HR files, did not attempt to figure out if there was a problem that needed to be fixed.

Instead, he sent a memo to board members, saying he was "concerned that the reporter ... will report on information that was 'alleged.'"

He promised to get the district's lobbyist to "address the issue of confidentiality regarding human resources files in the next legislative agenda."

In other words, he wanted to keep such allegations secret.

We asked, "Did you drop the ball?"

"I did not drop the ball," Joseph answered. "I appreciate you, though."

"So why did you say these records needed to be closed?"

"I'm not going to address an open investigation."

"No, we're not going to talk about anything right now," he said.

Mo Carrasco, a friend of Joseph who came to Nashville with him in 2016, resigned back in December during the middle of a sexual harassment investigation that included all sorts of accusations from female colleagues, including allegations of him grabbing a subordinate's breast.

Our investigation discovered that School Board member Amy Frogge had warned Joseph about that allegation months before an investigation was ever opened, although she did not have permission from the victim to share her name.

The files contain an email from Carrasco revealing that, instead of asking Human Resources to investigate, Joseph went directly to his friend.

Carrasco himself asked, "Why didn't Dr. Joseph contact HR at that time?"

"I'm not going to discuss it," the schools director said.

NewsChannel 5 Investigates asked, "Why did you not take action to protect employees?"

"You know there's more to that story," Joseph claimed.

"So tell me," we answered. "If there's more to the story, please tell me."

In fact, Metro Schools' own rules say "any employee with supervisory authority who ... has knowledge of behavior that may constitute harassment ... must report such behavior to the Human Resources Department."

NewsChannel 5 Investigates asked, "When Ms. Frogge first came to you, you did not order an investigation."

"No, because we don't do investigations that are anonymous," he claimed. "I'm not going to go into the... we're getting obsessive now."

The employee who investigated Carrasco, leading to his resignation, was later forced out in a shakeup in Human Resources.

And the head of the teachers union said most sexual harassers in Metro Schools do get away with it.

Erick Huth recently told us, "Apparently, as near as I can tell the only way that the Human Resources Department at MNPS is going to have a finding of guilt is if the individual comes forward and admits to it."

Joseph had another view.

"Let me tell you what I don't respect about you my friend, is that you like to try to create unnecessary narratives on very important topics to try to create this hysteria," he said, pointing his finger. "You should be ashamed of yourself."

We asked, "So should you not be ashamed for how you've handled these HR investigations?"

After our attempted interview, Dr. Joseph went to The Tennessean and announced that the district would seek what he called an "external review" to look at how harassment complaints are investigated.

But, in a text message to School Board members, Joseph insisted, "Internally, we believe our practices are strong."