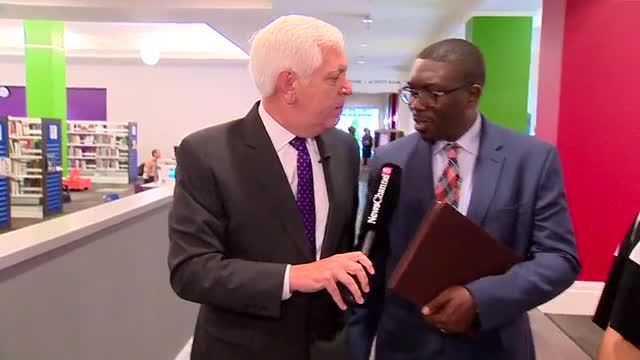 On Friday, seven weeks after we first began asking for an interview with Metro Schools Director Dr. Shawn Joseph, NewsChannel 5 Investigates caught up with him at a public event. 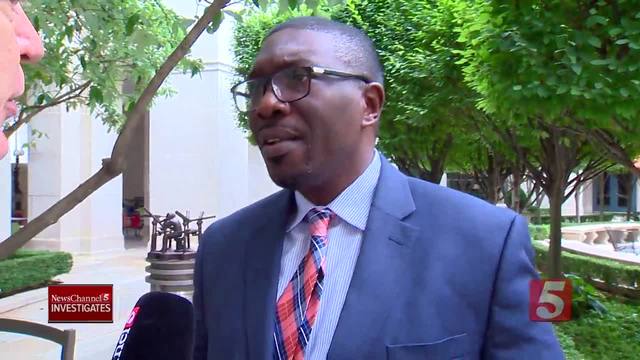 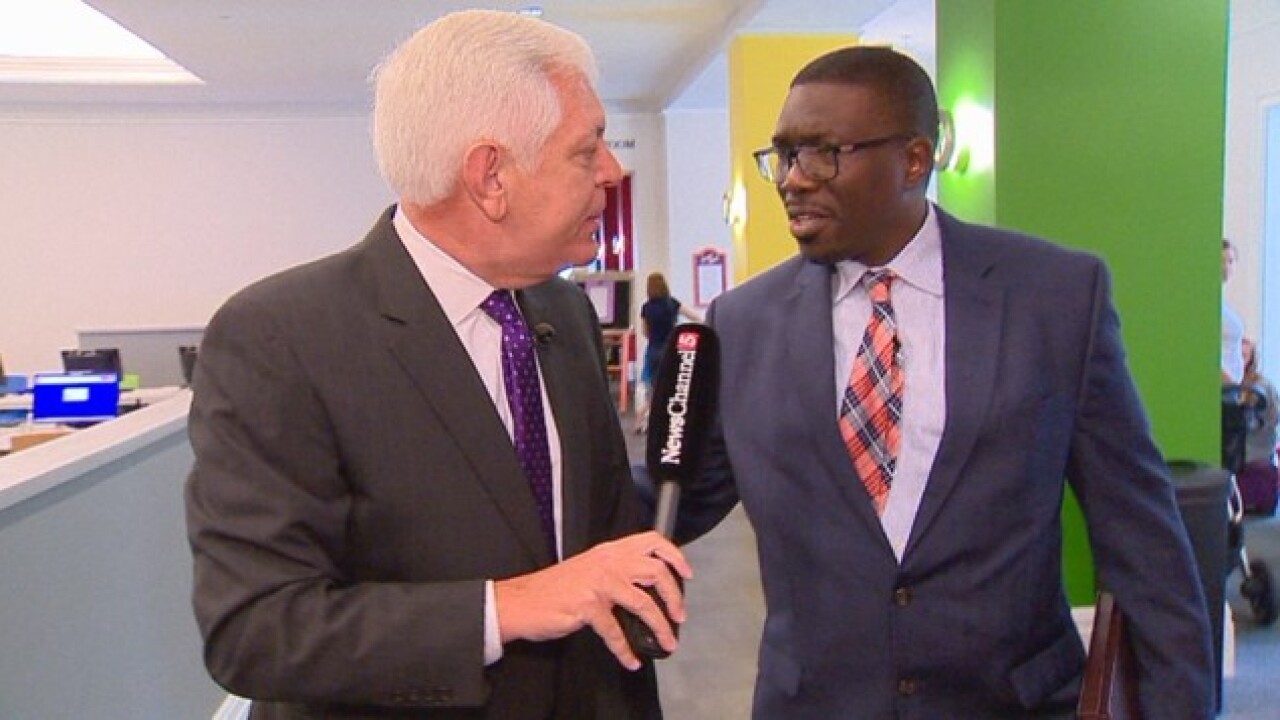 On Friday, seven weeks after we first began asking for an interview with Metro Schools Director Dr. Shawn Joseph, NewsChannel 5 Investigates caught up with him at a public event. You can see the full story that we were investigating tonight on NewsChannel 5 at 10 p.m. Below is an explanation of what happened -- and why.

The public deserves open and honest government at all levels.

Across Tennessee, public officials routinely make themselves available for journalists’ questions -- even though they certainly do not always like those questions. Tennessee’s highest elected official, Gov. Bill Haslam, routinely offers media availabilities, often several times a week. So does Nashville Mayor David Briley, as did all his predecessors.

Even former Mayor Megan Barry, during the heart of the sex scandal that would end her political career, repeatedly took a few minutes to answer questions that were most uncomfortable.

One person who has not followed those examples is Metro Schools Director Dr. Shawn Joseph.

Not long after Joseph’s arrival in 2016, NewsChannel 5 received tips about him using a school district employee to work on his residence. Initial emails indicated he had planned to have the work done on district time. We also received complaints about employees chauffeuring him around town, including to personal appointments.

Joseph agreed to an on-camera interview, but -- faced with questions he didn’t like -- he walked out of the interview.

Then, there were more tips about Joseph potentially hiring unqualified friends for key jobs. We submitted written questions about those employees’ qualifications.

But Joseph directed his staff not to answer those questions.

“I don’t want us to respond,” Joseph said in a November 2016 email obtained by NewsChannel 5 Investigates. “If he does a story, we will follow up with a very direct  statement toward his conduct… period.”

We continued to follow up on tips from concerned Metro Schools employees, and Joseph continued to ignore our requests for on-camera interviews.

For months now, NewsChannel 5 has been investigating questions about how his administration has handled horrific allegations of sexual harassment and bullying of school district employees by their supervisors.

Instead of trying to figure out if there was a serious problem in the district he oversees, the schools director expressed concern that we would “report on information that was ‘alleged’” about key district employees. Joseph promised he would complain to NewsChannel 5 management about “the negative portrayal of our school district.”

He also pledged to direct the district’s lobbyist to push legislators to change state law that makes such investigations open for public inspection.

Four days later, on June 5th, we formally asked Metro Schools for an on-camera interview with Joseph to talk about his personal involvement in one sexual harassment investigation.

We also wanted to gauge his attitude toward the issue, in general.

A school district spokesperson, who herself had repeatedly been caught issuing misleading statements about toxic lead in school drinking water and the board’s open meetings policy, responded to that request for an on-camera interview with a four-sentence written statement that offered little real substance. It ignored our request for an interview.

Meanwhile, as Joseph himself acknowledged during our unscheduled interview, he had contacted NewsChannel 5 General Manager Lyn Plantinga.

In an email, Plantinga reiterated that NewsChannel 5 Investigates wished to interview him on camera. Here is what she told him:

“I hope you will reconsider your decision not to grant an interview. We both know how these things work, and declining to sit down with the team will not be the end of it. I’m sure the next step will be their attempt to find you at an event or meeting to ask some questions in an unscheduled conversation. That’s a tool journalists use when they don’t get information they need, but it’s certainly not our first choice and not ideal for you either. It’s obviously your decision. I just don’t want the likely unscheduled interview to feel like it is adding fuel to the issues that the two of us are discussing.”

Joseph never responded to that suggestion.

On July 20th -- more than six weeks after our first request -- we asked Metro Schools for an interview with the director regarding the upcoming story about how Joseph’s team handled disturbing allegations against middle school principal Sam Braden.

We reiterated the interview request during a phone call to a new spokesperson the following Monday.

Again, the district responded with a written statement that essentially said there wasn’t a problem.

And, like before, they ignored the request for an on-camera interview.

The next day, the School Board met in closed session to discuss the Braden case with Joseph and a Metro lawyer. According to sources, the board was assured that NewsChannel 5’s concerns were overblown.

It wasn’t until the next day - as pressure from parents and teachers mounted - that Braden was placed on administrative leave.

Still, there were serious questions that only Joseph could answer: Why did Joseph’s team not take the initial complaints more seriously? What changed that led the district to finally take action? What was his personal involvement in the other case we had been investigating? What was he going to do to fix the problem? How can he fix a problem that he doesn’t acknowledge?

Then, NewsChannel 5 received an announcement that Joseph and Mayor Briley would hold a news conference on Friday at the downtown public library regarding funding for a major literacy initiative.

“Mayor Briley, Dr. Joseph and others will be available for questions following the announcement,” the news release stated.

We certainly had questions, so we went to this public event -- just as our general manager had told the schools director he could expect.

Throughout the whole news conference, we stayed out of the way. Afterwards, as Joseph headed into the hallway to pose with an oversized check, we quietly watched.

Then, instead of calmly exiting the building, Joseph bolted back into the meeting room and out another door, leaving his own spokesperson behind, in an attempt to avoid our camera.

Unfortunately for Joseph, that led to an enclosed courtyard.

Instead of taking six minutes to calmly discuss the serious issues raised by our investigation, the schools director spent six minutes, taking wildly evasive actions (jumping onto an elevator at one point, then jumping off right as the doors began closing).

Over and over, as we tried to ask our questions, Joseph complained that we should call and set up a time to talk later.

By this time, we had been trying that approach - without success - for more than seven weeks.

The man whose administration had ignored complaints of Braden’s bullying behavior now complained that we were the ones who were being bullies.

What those six minutes revealed was a schools director who, for reasons that are unclear, has been unwilling to directly respond to legitimate questions about how he does his job.

We would later learn that, in an attempt at damage control, Joseph and his team went back to the office and began reaching out to other stations to offer interviews to reporters who had not spent months researching those issues.

Why does he not feel the need to follow the example of transparency and accessibility set by the governor and the mayor?

Like so many questions, the answer also eludes us.

Still, we hope he’ll change his attitude. The offer for a cordial sit-down interview stands.