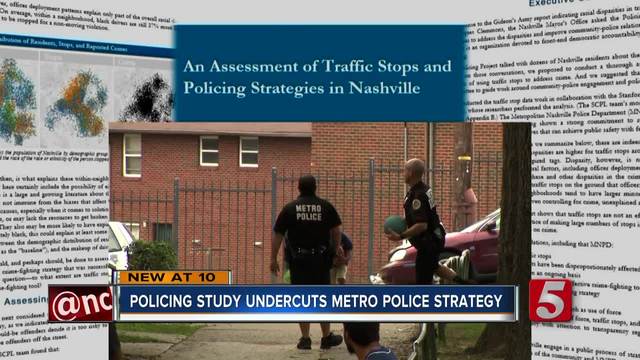 According to a new report by the Policing Project, increased traffic stops by the Metro Nashville Police Department have been unsuccessful and even highlighted "notable racial disparities." 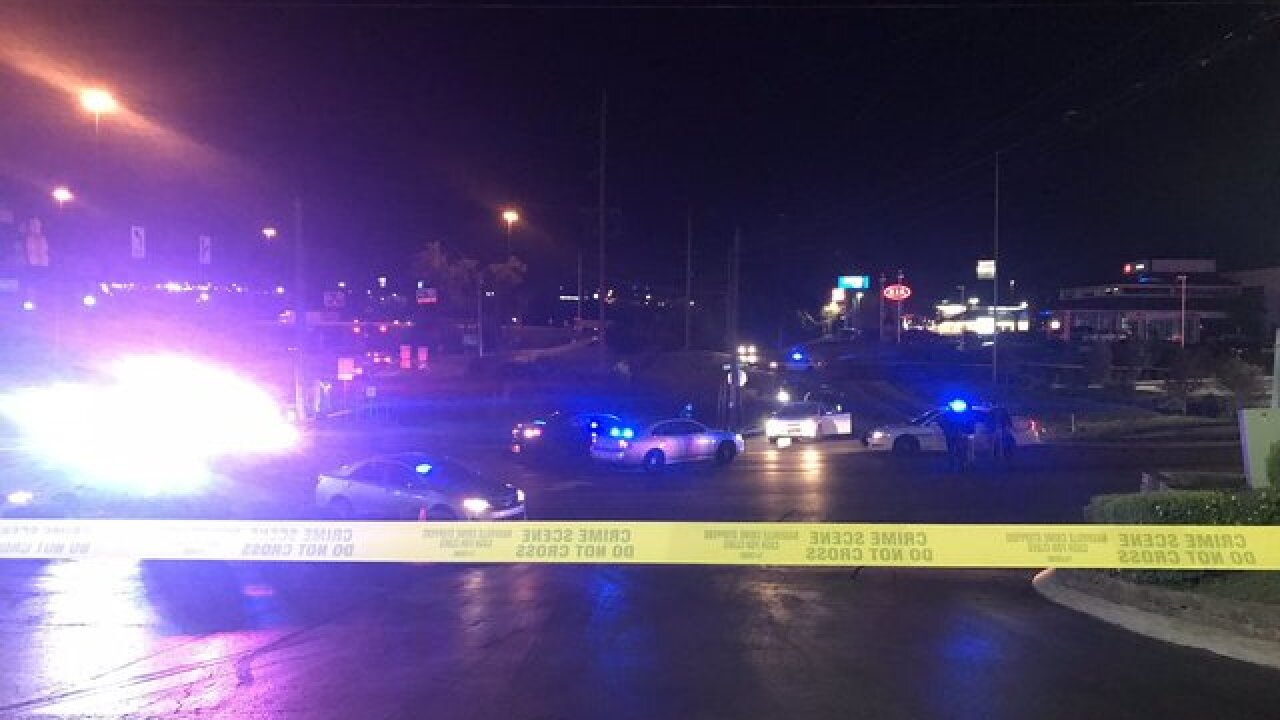 According to a new report by the Policing Project, increased traffic stops by the Metro Nashville Police Department have been unsuccessful and even highlighted "notable racial disparities."

The "disparities" were found to be higher for traffic stops around non-moving violations, such as broken taillights or expired tags.

According to the report, MNPD explains the notable difference by saying officers go where the crime is, and that in Nashville, high-crime neighborhoods tend to have larger minority populations.

The report, which was conducted in partnership with the Stanford Computational Policy Lab, said it took that argument into account. "However, even controlling for crime, unexplained racial disparity in traffic stops still remains."

It goes on to point out that even though the department increased the traffic stops to curb crime, it didn't "appear to have any effect on crime."

In light of those findings, the following recommendations were made:

The study was called for after the controversial, deadly shooting of Daniel Hambrick by a MNPD officer, Andrew Delke.

It was the second deadly officer-involved shooting in Nashville between a black man and white officer that prompted further investigation and outcries from the public.

MNPD Chief Steve Anderson released the following statement in response to the report:

I very much appreciate the work of Professor Friedman and his team from the Policing Project, including the staff from the Stanford Computational Policy Lab, in the thorough analysis of Nashville’s vehicle stops.

The MNPD has consistently acknowledged for years that black drivers have been stopped at a higher rate than white drivers relative to the respective black and white driving age populations.  Officer deployment, that is assigning larger numbers of MNPD officers in high crime areas and crime hotspots, is certainly a factor in the disparity.  And, as today’s report observes, “Disparity… is not necessarily evidence of discrimination.”

Weekly data-driven analyses inform our eight precinct commanders where and when crime is occurring, along with where and when citizens are calling for MNPD assistance.  Based on these analyses, this police department prioritizes and assigns our finite resources to areas of need, regardless of racial demographics or socio-economic status.  So long as crime victimizes citizens and families in some of our city’s most vulnerable areas--communities most often in transition and impacted by gentrification, housing issues or lack of economic development--the police will necessarily be staffed in these areas with the primary goal of reducing victimization.

Today’s report deals significantly with vehicle stops for non-moving violations.   As noted in the Stanford Appendix at page 4, “These maps (maps of population, non-moving violation stops and reported crime) thus provide some indication that the racial disparities in non-moving violation stops are at least partly attributable to such stops being made in high-crime areas—which, in Nashville, tend to be predominantly black.”  While the language in today’s report is somewhat technical in parts with mathematical formulas, the Stanford staff also concluded, “we do not find statistically significant evidence that predominantly white and predominantly black zones are differentially policed after adjusting for reported crime” (Stanford Appendix page 5).

Nevertheless, I appreciate the finding of the researchers that vehicle stops for non-moving equipment violations and the police visibility related to them do not appear to be having a significant impact on short-term or long-term crime trends.  Just as important, is the concern for trust with the police department by citizens in areas where these stops most often occur.  Just as Nashville continues to evolve, so must our police department’s strategies and partnership efforts to best serve all of our communities.  While incidents of major crime in Nashville have fallen from a high of 59,000 in 1997 to a modern time low of 31,000 in 2014 (during a period in which Nashville’s population grew by 76,000 persons), it is true that we reached a relative plateau and that crime has begun to inch up since 2014.

While our police officers cannot turn a blind eye to all non-moving equipment and registration violations, we can and will refocus and rededicate ourselves to strengthening community partnerships and engaging neighborhood residents in public safety initiatives that do not make vehicle stops a priority, unless a particular neighborhood is plagued by moving traffic violators and is in need of enforcement.  In fact, that refocused community partnership effort is already underway with programs in the Cayce neighborhood of East Nashville, the Napier-Sudekum neighborhood just south of downtown, the 40th Avenue North/Clifton Avenue area of West Nashville, and the Buena Vista neighborhood in Bordeaux.  The reports from these initiatives thus far are very promising and we will look to expand them by retooling our strategies that help families and police officers meaningfully engage in safety and quality of life.  We are committed to working with Mayor Briley’s office and the Community Oversight Board to strategically position Nashville with an evolving model community policing program.

We will closely review the recommendations presented by The Policing Project, some of which have already been implemented (placing the department’s policy manual on-line and consistently reviewing policies such as use of force and searches to ensure that they are consistent with policing’s best practices).

The ultimate goal of the MNPD and its community partners through refocused strategies remains the reduction of overall victimization, which, in Nashville, greatly and disproportionately impacts communities of color.  For 2018, through October 31st, victims of major crime in the Buena Vista area have been 94% black, in the 40th & Clifton area 84.5% black, in the Cayce neighborhood 71.4% black and the Napier-Sudekum area 82.5% black.

We all realize that challenges are ahead of us as we work to ensure the safety of a growing and changing Nashville.  This police department is committed to meeting those challenges in full partnership with the diverse communities we serve.

James Smallwood with the Fraternal Order of Police also released a statement in response to the study.

This afternoon, the policing project presented their report to members of the metro council and the community. The Fraternal Order of Police thanks the Policing project for their hard work in analyzing the data provided and concluding that, while disparities exist in our traffic stops, they exist solely because our officers are deployed in high crime areas and not because we are employing racially biased policing practices.

Also noteworthy in the report was the disproportionately high number of overall traffic stops
conducted when compared to other cities. The Fraternal Order of Police has, for years, expressed its concerns regarding the level of focus placed on traffic stops within the MNPD. In May of 2018, we delivered a survey to Mayor Briley – stating that 71% of our members did not believe the current crime prevention strategy in Nashville was working – that outlined these concerns. This survey was completely ignored by city administrators.

Another chief concern in this survey was the lack of manpower to effectively complete our mission of providing a safe and peaceful Nashville. This concern was also reaffirmed in the results provided by the policing project which point out that we are severely understaffed in comparison to other cities.

The Fraternal Order of Police has delivered these concerns to city administrators several times over the course of many years. It is our hope, now that an expensive study has delivered similar results, that Mayor Briley will work proactively to ensure Nashville can do better when addressing the concerns of the law enforcement professionals of this city.