The ordeal began at 9:24 a.m. when 911 dispatchers got a call from a residence on Welker Road after a juvenile saw a man wearing camouflage walking around the property. The juvenile said he was armed with a pistol.

One minute later, shots were heard. At 9:26 a.m., a Ford truck was stolen from the residence. The children were told to remain in the house.

Officials got to the scene and found another victim. He or she was not immediately identified, pending family notification.

The stolen truck was spotted on Frankie Road – not far from the Stewart County line – at 10:03 a.m. The vehicle was found crashed and abandoned, indicating he may be on foot.

Search perimeters have been set up throughout the area. Vehicles traveling through the following locations will be stopped and searched: 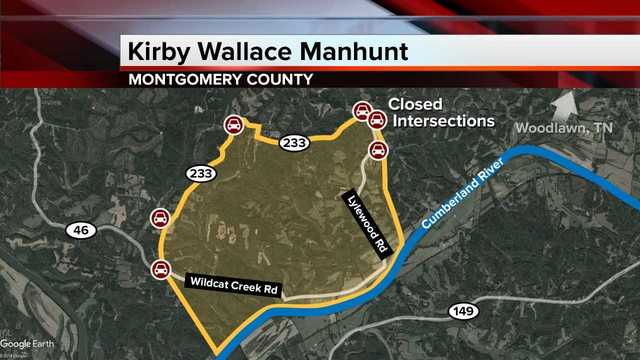 The TBI said the search has expanded from Cumberland City Road to west of Lylewood Road, stretching all the way to Lock C.

Residents in this immediate area should stay in their homes and call 911 if they see anything suspicious. Wallace is considered dangerous. 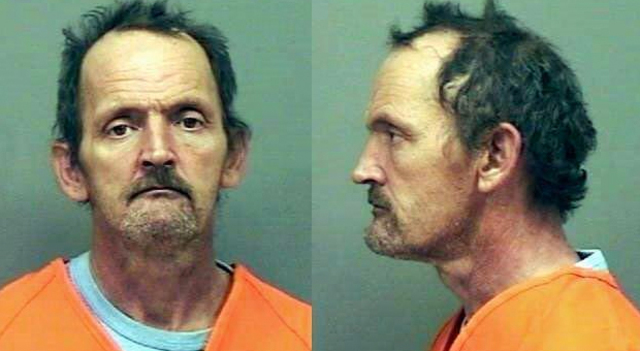 The Search For Kirby Wallace: 'He's A Threat To Everybody'

Wallace has been wanted in three violent home robberies -- two in Clarksville and one a week ago in Stewart County that left a woman dead. He's described as standing around 5’10’’ tall and weighing approximately 157 pounds with hazel eyes and grey and brown hair. He possibly has facial hair.

UPDATE: This vehicle has been recovered and we currently believe Wallace is on foot in the area of Cumberland City Road and Frankie Road.

We would advise residents in this immediate area to stay in their homes and call 911 if they see anything suspicious. pic.twitter.com/lWmEx9wuZL

Stewart County Schools have been placed on lockdown. Bus routes will not be running for North Stewart Elementary, Stewart Middle and Stewart High schools. After school activities have also been canceled for the day. Woodlawn and Liberty elementary schools in Montgomery County were placed on lockout.

Parents who drive from Indian Mound must call 931-232-5179 and give permission for a child to be released. Teachers will escort all students to buses. All bus loading areas will have extra security. Bus numbers  6, 30, 69, 35, 15 will not run after school.

Governor Bill Haslam announced he's doubling the $2,500 reward already being offered by the TBI, bringing the total amount to $5,000.

UPDATE from the Stewart County Sheriff's Office:
Sheriff Gray advises the Sheriff’s Department will continue working in the Indian Mound area today, tonight and tomorrow until the subject is captured. Working along side with the FBI, TBI, Montgomery County Sheriffs Office, THP, TWRA and Henry County Sheriffs Office. Continue being vigilant of your surroundings, anything you see that is suspicious please contact the Sheriffs Office or 911. Tomorrow there will be deputies following the school buses to load and unload our children in the Indian Mound area for the safety of our children.