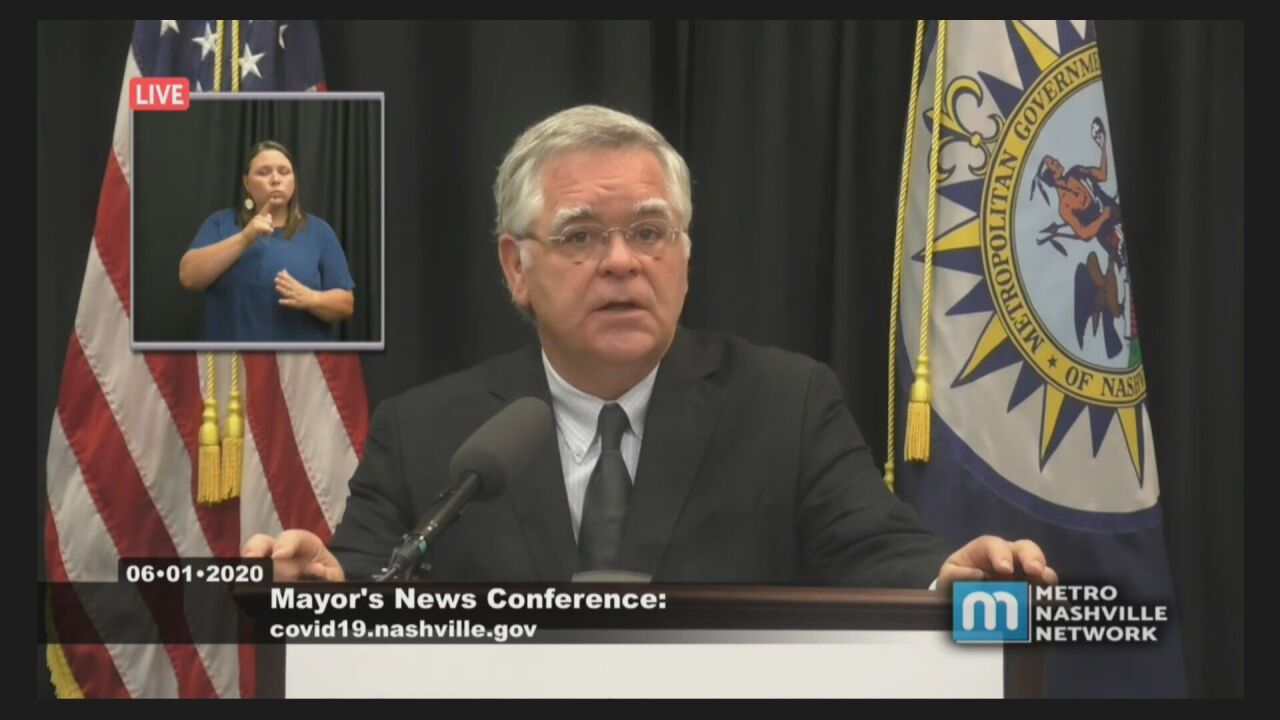 This was the third, straight night a curfew had been in place. The mayor called the violence and destruction that followed Saturday afternoon's peaceful rally an act of "hooliganism." Later that night, he signed an executive order declaring a civil emergency for one week.

Thirty businesses and buildings in downtown were damaged, including Nashville's historic courthouse and a plaque honoring civil rights activist, Diane Nash. Cooper said the plaque was broken into pieces and thrown through various windows, including the office of Brenda Haywood, Nashville's first African American deputy mayor.

"We will not let their behavior distract us from the work we must do for equal justice for Nashville's black community," Cooper said.

Cooper said insurance should cover all of the damage. He said business owners who aren't covered should reach out to the mayor's office.

Twenty-eight people have been arrested so far, with only three being from out-of-state. Police arrested 25-year-old Wesley Somers in connection with the vandalism and fire set at the courthouse.

It's unclear how long the curfew will be extended; however, Cooper said they're evaluating the curfew policy "day by day."