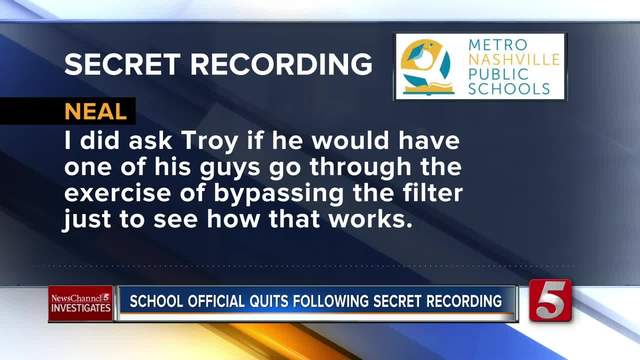 A Metro Schools administrator has resigned following the disclosure of a secret recording. 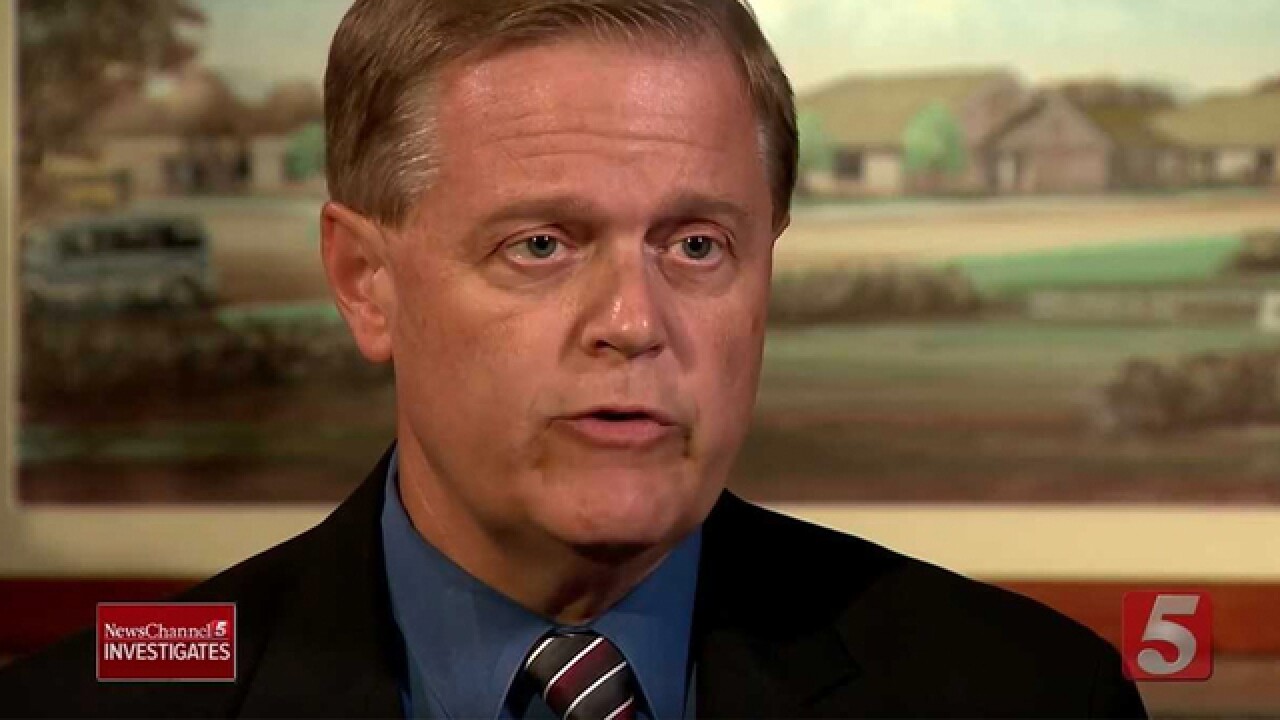 A Metro Schools administrator has resigned following the disclosure of a secret recording where he plotted to bypass filters designed to protect children from exposure to lead in their water.

MNPS Communications Director Olivia Brown confirmed that Dennis Neal, executive director of facilities, resigned Friday. He had been placed on administrative leave while the district investigated.

It came less than a week after NewsChannel 5 Investigates revealed the recording from inside a meeting of schools maintenance employees.

For the past nine months, our NewsChannel 5 investigation has exposed data kept secret by the district showing high lead levels in some Metro schools. Lead is a toxic metal that can cause learning and behavioral problems in children.

In response, a number of schools installed special fountains that were supposed to filter out the lead. Some of them were purchased by parents themselves.

But the recording revealed Neal's plan to dismantle those efforts.

"People keep wanting these bottle fillers, but they are adamant about them being filtered," Neal told his employees. "I'm saying we cannot support it.

From the beginning, Neal downplayed the threat posed by lead in the schools' drinking water  -- despite results showing levels well above what pediatricians say is safe.

Still, some 30 schools installed hydration stations specifically designed to filter out the lead, according to a list provided to NewsChannel 5 Investigates.

On the recording, Neal revealed: "I did ask Troy if he would have one of his guys go through the exercise of bypassing the filter just to see how that works."

But those fountains are equipped with lights that show when the filters are working and when they need to be replaced.

So Neal's team came up with a solution for that, too.

"We've got to figure out what we are going to do with these hundred, or 97, filtered ones that we have out there," Neal told his subordinates.

An unidentified woman interrupted, "Bust the light out."

"Take the light bulb out," she answered.

"Well, that's one thing," Neal agreed. "But we need to also probably, if we can, bypass the filter."

After disclosure of the record, Schools Director Dr. Shawn Joseph condemned the comments captured on the recording.

"As a parent of two Metro Schools children and as the Director of Schools, the idea that a supervisor would discuss a workaround on our water fountains knowing that this is a huge concern for many families is upsetting and unacceptable," Joseph said.

Nashville Mayor David Briley also said that "obviously, if the report is true, that person shouldn't  be responsible for protecting our children from lead in their drinking water."

The report also drew national attention, including being featured on CBS This Morning.