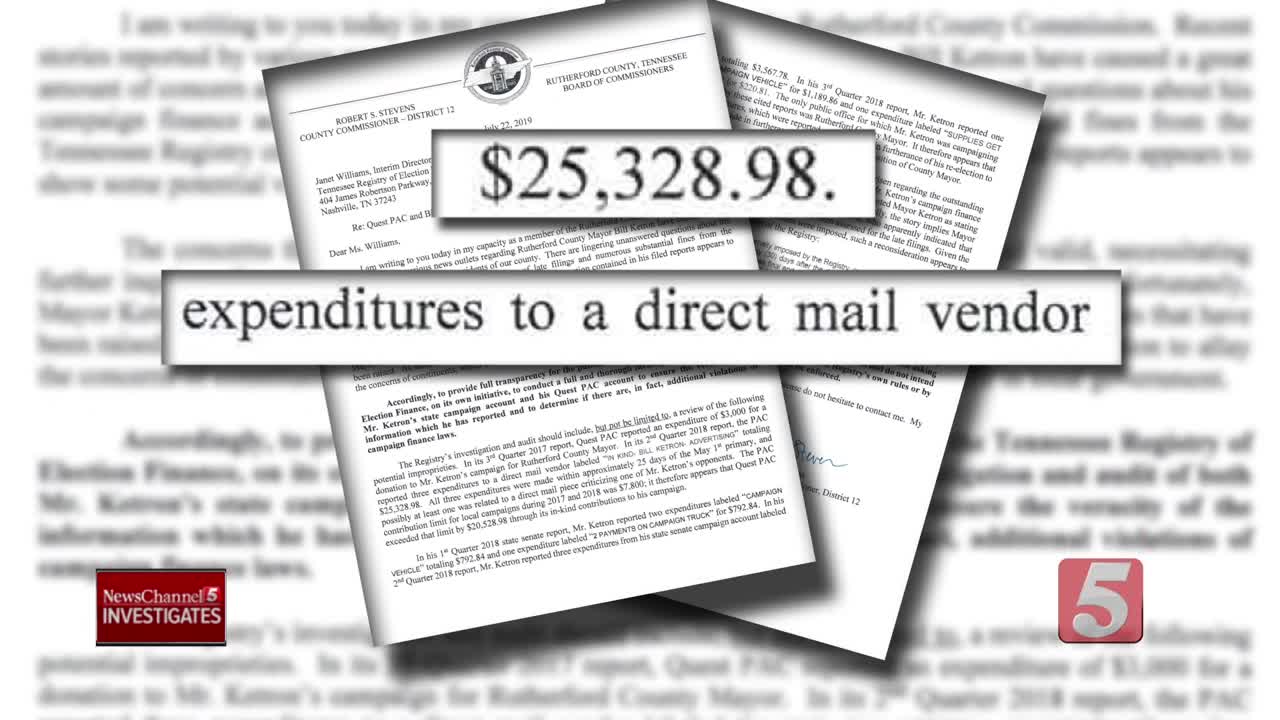 Did former state senator Bill Ketron improperly spend his Senate campaign money? And did he use any of it in his run for Rutherford County mayor? That's what a Rutherford County commissioner is now asking and he's calling for a special audit and investigation to get those answers. 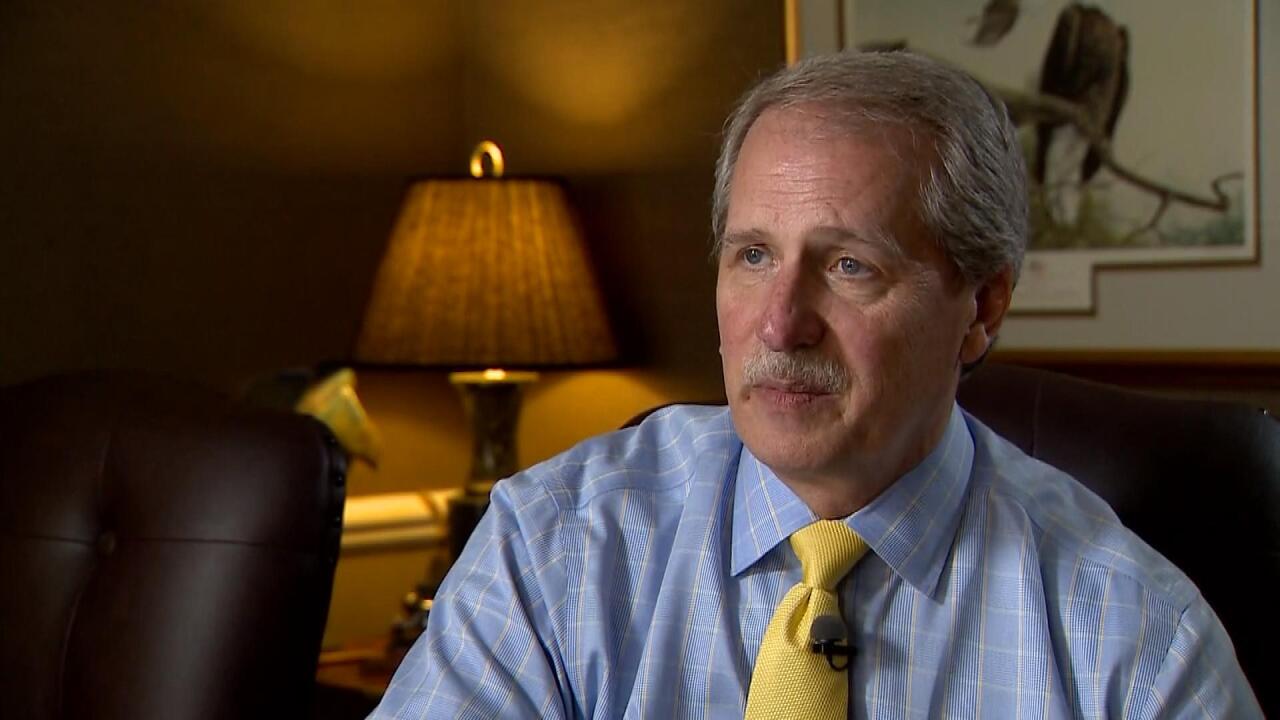 NASHVILLE, Tenn. (WTVF) — Did former state senator Bill Ketron improperly spend his Senate campaign money? And did he use any of it in his run for Rutherford County mayor? That's what a Rutherford County commissioner is now asking and he's calling for a special audit and investigation to get those answers.

At this point, Robert Stevens said he thinks this is the only way he and the people of Rutherford County will get answers.

"The fact is people have questions and we can't ignore them," Stevens said.

Stevens is now going where no Rutherford County commissioner so far has gone. He's taken the bold step of sending a letter to the Tennessee Registry of Election Finance, asking for a "full and thorough investigation and audit of both (Bill) Ketron's state campaign account and his" political action committee, Quest.

"I just don't understand how anybody could look at this situation and not see that there are questions that need to be answered," Stevens explained.

Stevens said he and others want to know whether Bill Ketron improperly used his state senate campaign funds in his run for mayor of Rutherford County.

"We're either going to have to get information from him or find the information another way to get this situation resolved," Stevens told NewsChannel 5 Investigates.

He insisted it's nothing personal.

He said he simply went online to look at Ketron's campaign filings and, according to his letter requesting the audit, found a number of "potential improprieties."

Among them thousands of dollars from Ketron's political action committee that went to "Ketron's Campaign for Rutherford County mayor."

Records also show the PAC spent more than $25,000 on direct mail advertising in the months leading up to the mayoral primary.

And he said it appears the PAC exceeded the contribution limit for local campaigns by more than $20,000.

And then there's Ketron's truck. His spending reports show that in the months before he moved from the senate to the mayor's office, his campaign made double and even triple payments for his campaign vehicle.

And Ketron's senate campaign fund also spent some $220 on a "Get Out the Vote Fish Fry" which as Stevens pointed out in his letter, happened when "the only public office for which Mr. Ketron was campaigning" was Rutherford County mayor.

"Why are these expenses coming out of a state senate campaign for a county mayor's race?" Stevens wondered.

Of course, this all comes a week after Murfreesboro Police raided Ketron's insurance agency as part of an insurance fraud investigation and, as we reported, Ketron still owes $60,000 dollars in fines to the Registry.

"Everywhere I've been in the last week, this is the topic people want to ask me about and the questions are not going away," Stevens stated.

NewsChannel 5 Investigates has been asking Ketron about some of these very same campaign expenditures for more than a week now, and so far he has ignored our written questions.

Stevens said it's about time someone got answers.

The Registry told NewsChannel 5 Investigates they will present Stevens' letter to board members at their meeting next month.

Police also served a warrant at Kelsey Ketron's home that same day. Investigators searched her phone and removed documents from her vehicle. Police also said that while they were serving the warrant at her house, police found a pipe and two jars of a "green plant material" in her garage. We should point out that Ketron is part owner of a CBD business near the Rutherford County courthouse. Police though will likely test the material to determine what it is. At this point, no charges have been filed against her.