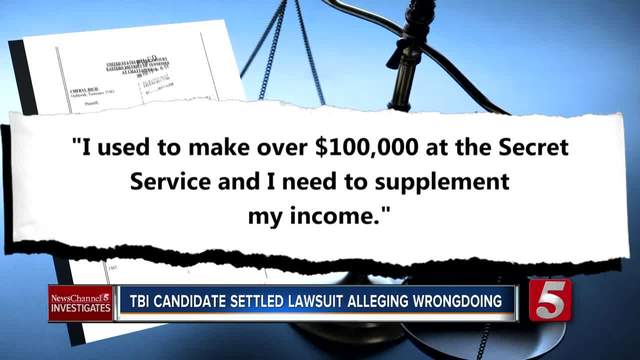 A finalist to be the next director of the Tennessee Bureau of Investigation once settled a lawsuit with a woman who claims she was fired for refusing to keep quiet about his "illegal and improper" activities, NewsChannel 5 Investigates has learned. 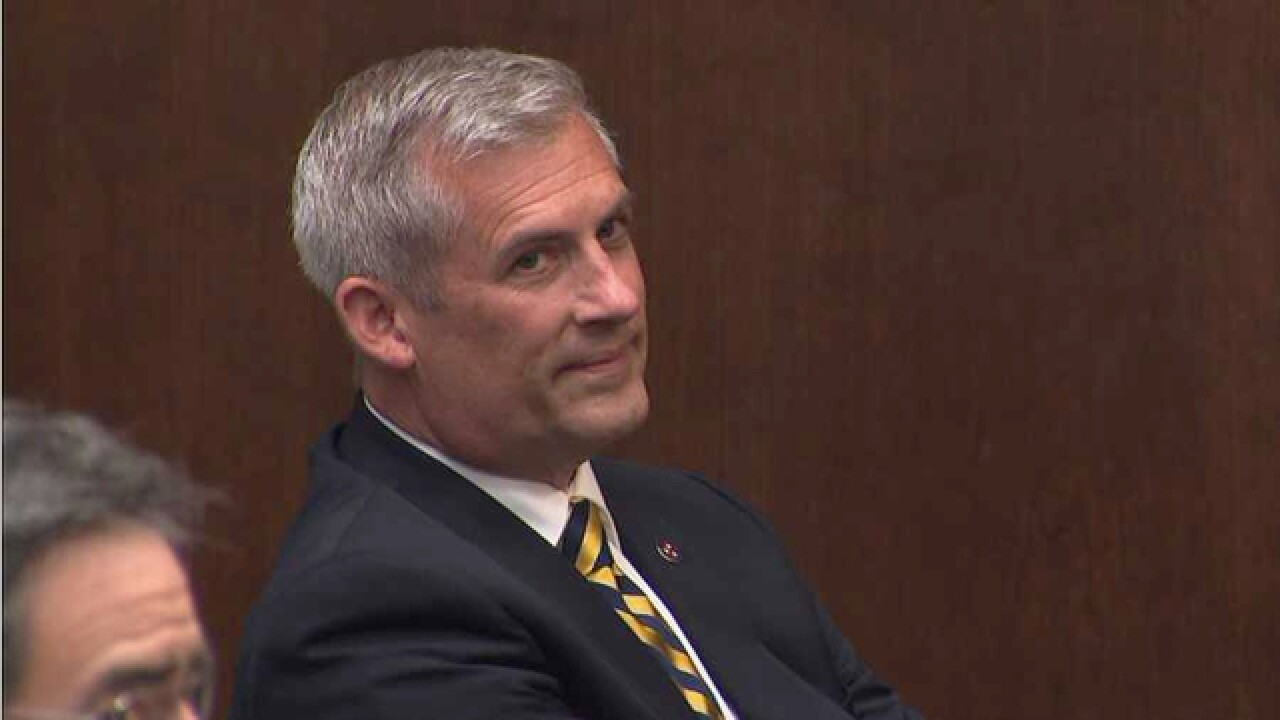 A finalist to be the next director of the Tennessee Bureau of Investigation once settled a lawsuit with a woman who claims she was fired for refusing to keep quiet about his "illegal and improper" activities, NewsChannel 5 Investigates has learned.

Former Bradley County Sheriff Tim Gobble was one of three names sent to the governor last week by the state's TBI nominating commission. He currently serves on the Tennessee Board of Parole.

If the panel had done any investigation, they would have found the lawsuit and the never-reported settlement of the case.

"Sometimes, suits are settled for all sorts of reasons," Gobble told NewsChannel 5 Investigates during a telephone interview Monday. "There was no admission of wrongdoing."

As Gobble appeared before the TBI nominating commission last Tuesday, there was no hint about the controversies that have dogged him wherever he goes.

He told NewsChannel 5 that he was prepared to answer questions about those controversies, but he was never asked.

One of those controversies involved his abrupt resignation from the U.S. Secret Service in 2004. It came amid questions about conflicts with his elected job as a Cleveland city councilman.

Gobble confirmed to NewsChannel 5 Investigates that he was facing an internal investigation at the time of his resignation.

"There was no conclusion on that matter," he said.

In 2006, Gobble was elected Bradley County sheriff, and he would end up facing a lawsuit two years later from former employee Cheryl Rich.

Just after Gobble was elected, Rich's lawsuit claimed, he ordered her to find a job for his wife - eventually naming her the assistant to his assistant - in violation of the county's nepotism policy.

As sheriff, he claimed that he had the right to set his own policy.

Rich testified that Gobble told her, "I used to make over $100,000 at the Secret Service and I need to supplement my income."

Gobble wanted his wife put on a salary "so she could 'come and go from the office as she desired," Rich said in a sworn affidavit.

This controversy follows questions raised by a TBI whistleblower last fall over the hiring of Deputy Director Jason Locke's son as a special agent.

Locke is another one of the finalists to be TBI director.

After the lawsuit was filed against Gobble, the then-sheriff denied on his YouTube page that he had done anything wrong.

"No one has ever been paid for time that they did not work, nor have I requested anyone to be paid in such a way," he insisted, calling the lawsuit "frivolous, false and without merit."

But a federal judge concluded: "Plaintiff's allegations suggest corruption in the expenditure of public funds."

The judge added, "There is no suggestion that other candidates were evaluated for the position of Defendant's assistant's assistant. Nor is there any indication that the creation of such a position was warranted."

After the federal judge refused to dismiss the lawsuit, NewsChannel 5 discovered, Gobble's county lawyer settled the case -- under terms that, Gobble said, are secret, although he still insisted that he did nothing wrong.

Still, the TBI nominee denied that it was a mistake in judgment for him to have hired his wife.

But that lawsuit wasn't the end to Gobble's controversies.

He later went to work as the city manager for the small town of East Ridge, near Chattanooga.

There, he faced allegations of hiring an unqualified church friend for a job, questions about his discipline of a city court clerk for allegedly mishandling a case involving his own daughter and controversy over arguments with citizens on Facebook.

Rather than firing him and facing an expensive court battle, town leaders bought out his contract.

Gobble told NewsChannel 5 that it was just politics and, again, that he did nothing wrong.

Gov. Bill Haslam recently said his office would conduct its own investigation and interview the three nominees before making an appointment.

In addition to Gobble and Locke, the commission also nominated Knoxville Police Chief David Rausch, who has faced his own controversy over the handling of rape cases involving UT football players.