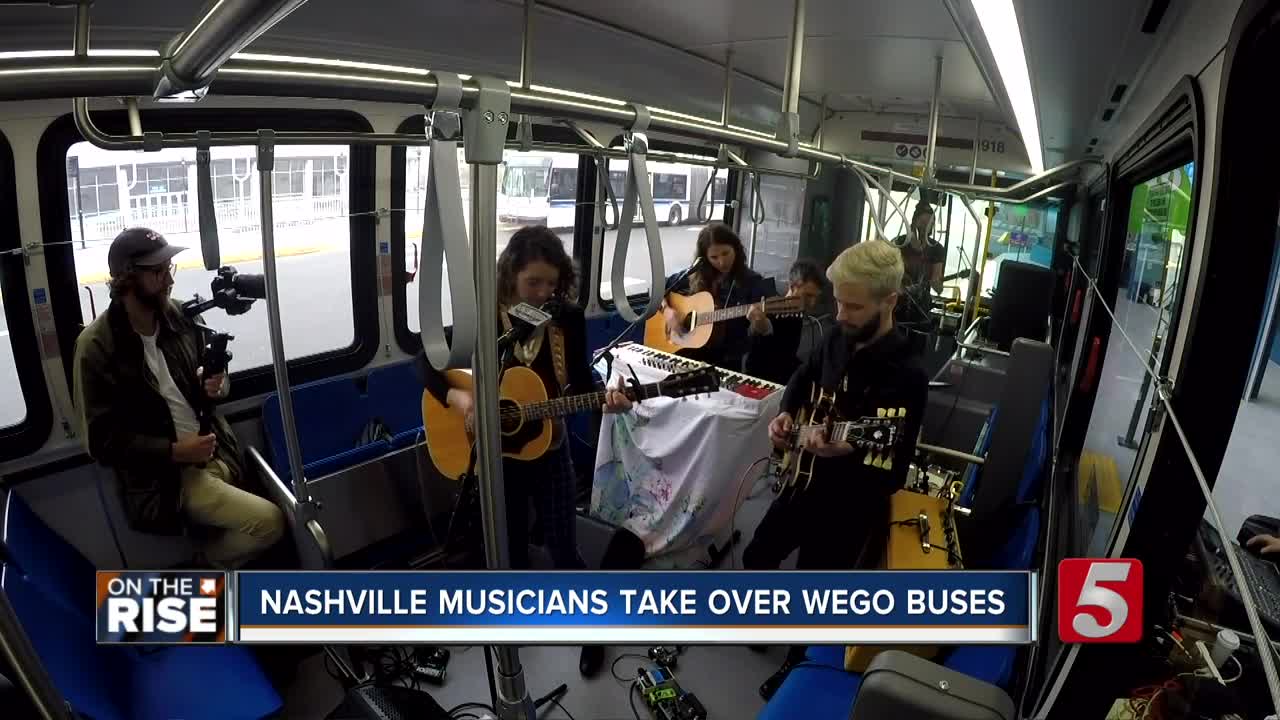 Organizers say it's easy to get successful artists with big label backing to perform, because they believe in the cause. 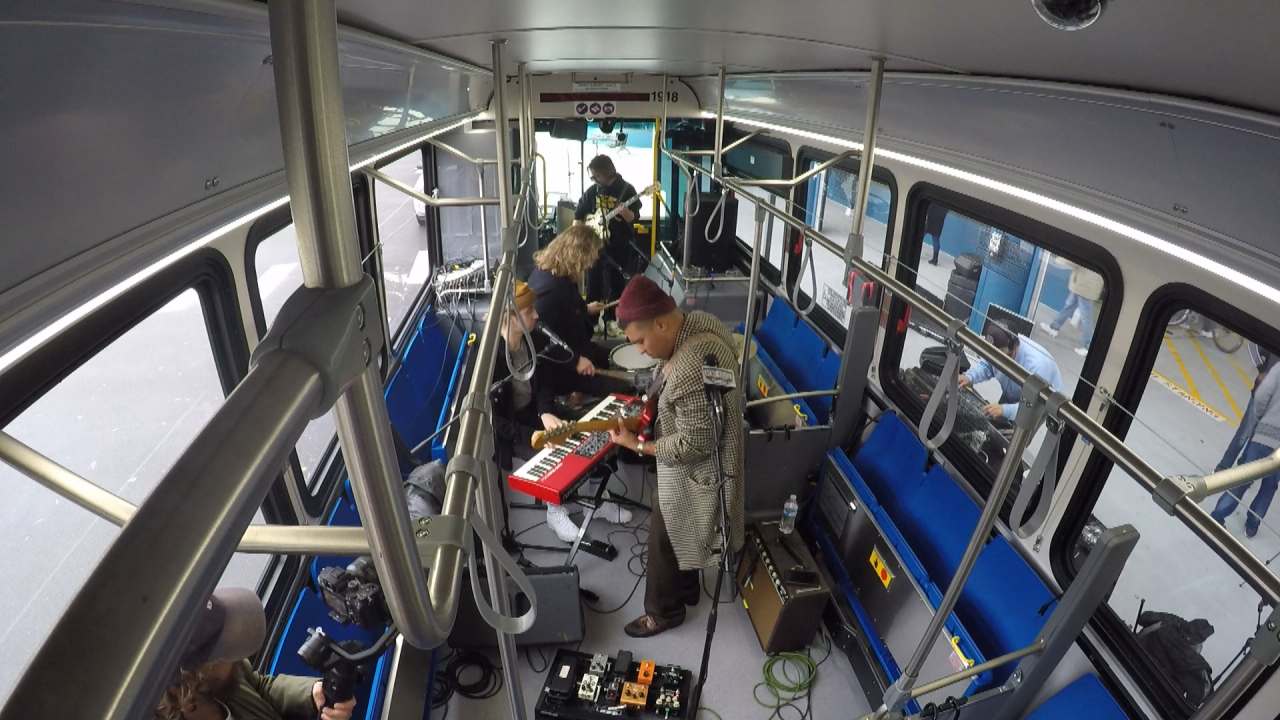 NASHVILLE, Tenn. (WTVF) — What would you do if you saw your favorite local artist rocking out on a WeGo public transit bus?

Right now there's a campaign that brings well-known Nashville musicians to a bus near you.

Recently, rising stars Devon Gilfillian and Michaela Anne both performed sets on one of the city's parked buses to an intimate audience of fans at the WeGo Central bus station downtown.

"Being 5 feet away from the artist and hearing drums and keyboards on a bus, it was really cool," said Dalontae Jones, who won her seat after seeing Gilfillian perform the week before at Nashville venue 3rd and Lindsley.

This was the second Bus Stop Session with a live audience, the idea born from a partnership between WeGo Public Transit and Acme Radio Live.

Concert-goer Jordan Risteen said he liked the new experience of jamming on a bus.

"Nashville (is) music city," he said, "it kind of ties the whole scene together," gesturing to the downtown bus station and the performers.

In the past, Alanna Royale has graced the narrow stage on wheels with fans just feet away. CAMM, Luthi, Erin Rae and Susto have also hosted recorded sessions before the idea for the live audience came about. Organizers say it's easy to get successful artists with big label backing to perform, because they believe in the cause.

"We've been trying to focus more on the Nashville community as much as we can," explained Acme Radio program manager Justin Hammel, who hopes to help promote public transit with the sessions.

WeGo Public Transit recently had to cut 9 bus routes due to flat city funding and a loss of state funds.

And the transit group struggles with ridership, recording just around 31,000 boardings per weekday in the 2019 fiscal year. The public transit system in Austin, TX, a city that is so often compared with Nashville, reports more than double that number of trips per weekday.

And ridership in Nashville is down slightly from the year before, despite the fact that the city continues to add more than 80 new residents a day, according to data from the US Census Bureau.

Stories of unfilled buses play a role in whether or not local leaders determine the group deserves funding for additional routes, extended route times and more cross-city buses that don't have to connect at the downtown station. Which creates a tough cycle to break as a lack of convenience and options can deter ridership.

"I didn't even know there was a bus station here," admitted concert-goer Dalontae Jones, who says she's never ridden a WeGo bus.

"This community needs public transit, and WeGo is trying to make it cool again," Hammel said, "we're trying to help with that."

Artist Michaela Anne used to live in Brooklyn and says promoting transit is a cause she's passionate about.

"I think public transportation is really important and vital to, especially, a growing city," she said after her set.

As Nashville grows, so do problems with traffic, parking and cost of living. That's something musicians feel too.

"The local music scene that is really having a hard time in town now with the rising prices of everything," Hammel said.

And if music really does have the power to affect change, they hope that's true for how you view the bus system.

Changing a dull commute to a vibrant, musical experience.

You can win tickets to the next Bus Stop Session at Do615. Keep an eye on their website along with social media channels for WeGo and Acme Radio to learn when the next concert is announced.