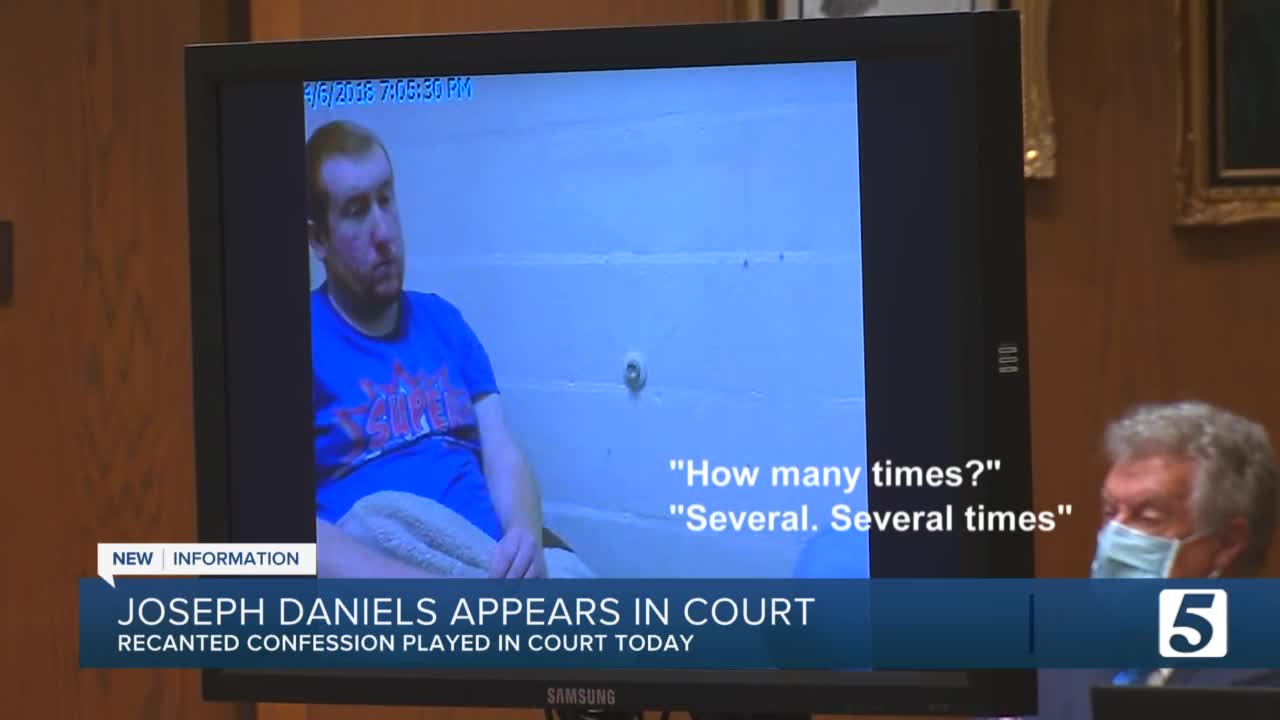 Joseph Daniels appeared in court for a hearing in Dickson County. 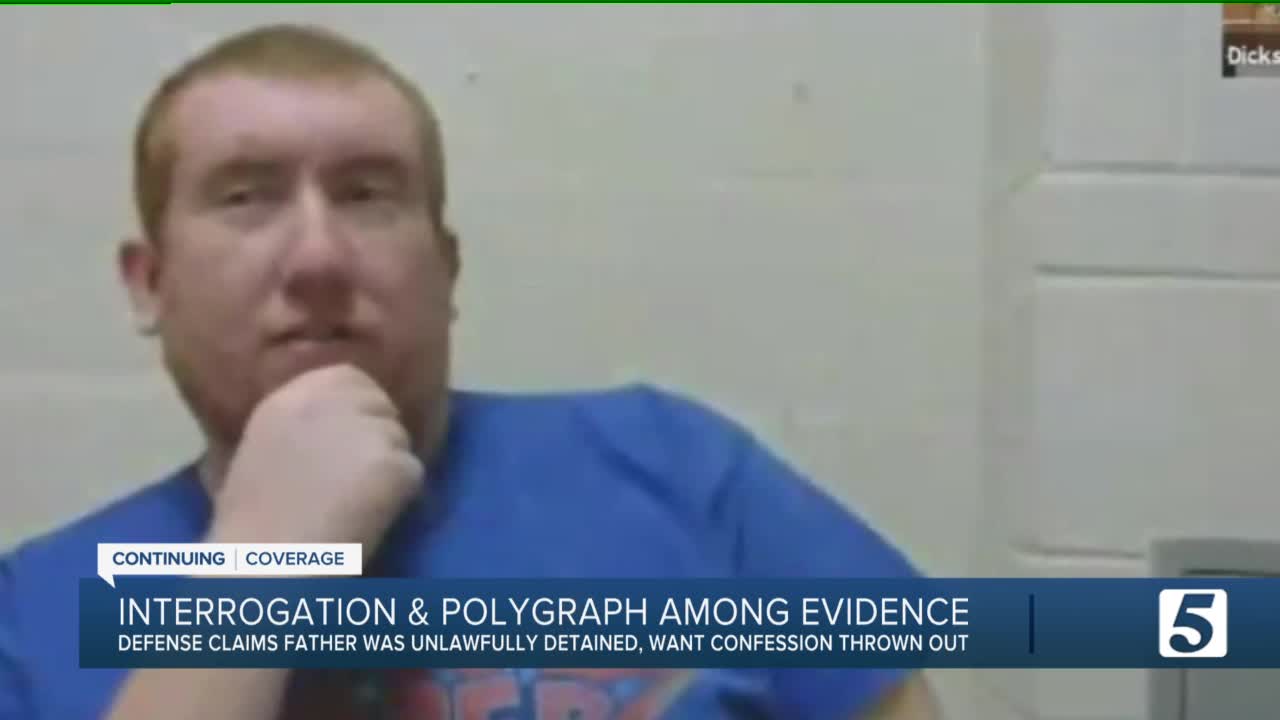 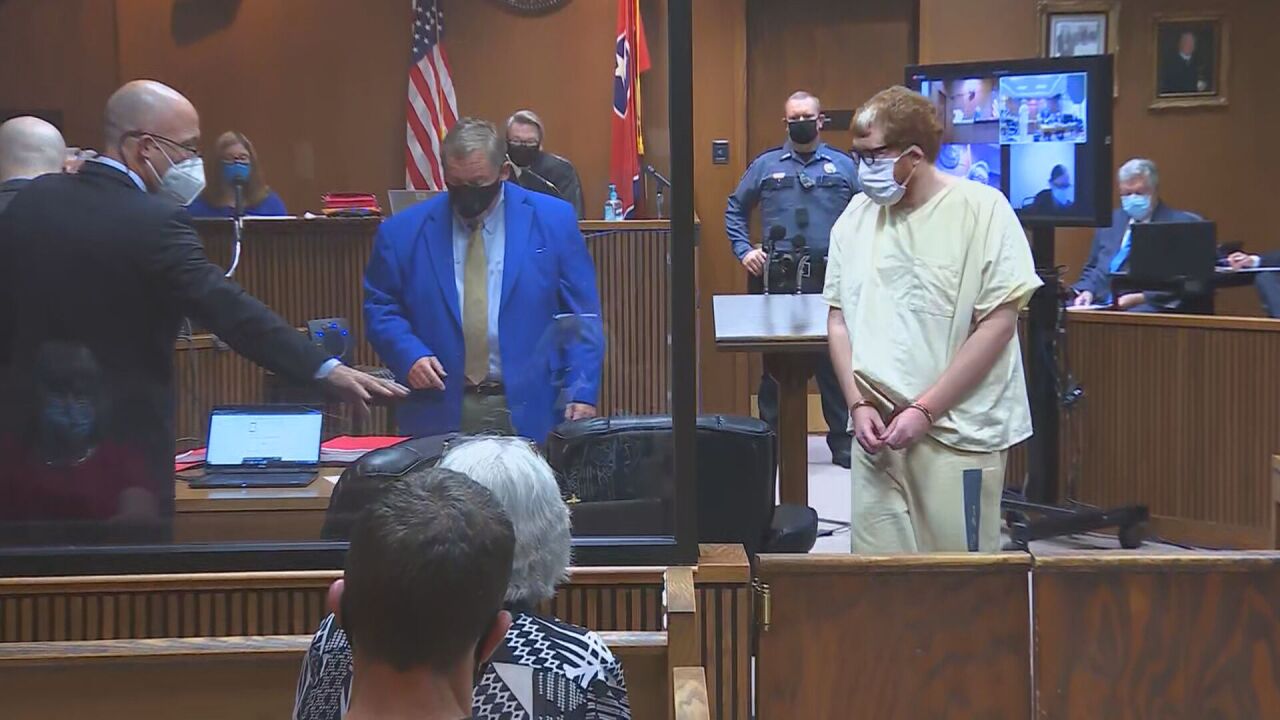 NASHVILLE, Tenn. (WTVF) — What could be the most significant court hearing yet in the high-profile Joe Clyde Daniels case was held in Dickson County Thursday.

The hearing began with a few procedural motions. Tennessee Bureau of Investigation Agent Ronnie Faulkner testified about how they administered the polygraph test to Joseph Daniels.

The interrogation video was played in court, despite the defense arguing that it should be inadmissible. In it, Daniels confesses to hitting Joe Clyde until the five-year-old stopped crying. Prosecutors say Daniels then described putting Joe Clyde's body in the trunk of his car and driving to a field.

After a lengthy interrogation, Daniels broke down in tears and at one point, said "I thought...he's gone. He's gone."

We’re now to the fourth round of questions in the Joseph Daniels polygraph video. To this point, he still proclaims his innocence. #JoeClydeDaniels pic.twitter.com/8p46etA8CW

Both the prosecution and defense currently have 12 pre-trial motions in front of Judge David Wolfe to consider, but there was only enough time to discuss two in the hearing Thursday.

The first would suppress Judge Wolfe’s gag order on legal parties speaking to the media during the trial. Judge Wolfe deferred action on that motion.

Daniels’ defense attorney Jake Lockert also moved to strike Joseph Daniels recanted confession on video from his upcoming trial. In order to rule on whether the video is admissible, the entire video featuring a polygraph test and police interrogation was played in court Thursday.

After the first full video was played, the defense asked for another video of the interrogation from a different angle be played in its entirety. Lockert is arguing the confession video should be inadmissible because Daniels was detained in the interrogation room unlawfully. He believes the second angle will help prove that argument.

Only a portion of the second angle played out in the courtroom before the judge adjourned for the day. They will pick up where they left off Friday morning at 10:30 am.

The 5-year-old disappeared more than two years ago from his family home in Dickson. He is believed to be deceased, but the child’s remains have never been found.

Prosecutors have charged his father, Joseph, with homicide after he confessed under questioning. However, he’s since recanted that confession. Joe Clyde’s mother, Krystal, is charged with aggravated child neglect.

Both parents are scheduled for trial early next year.