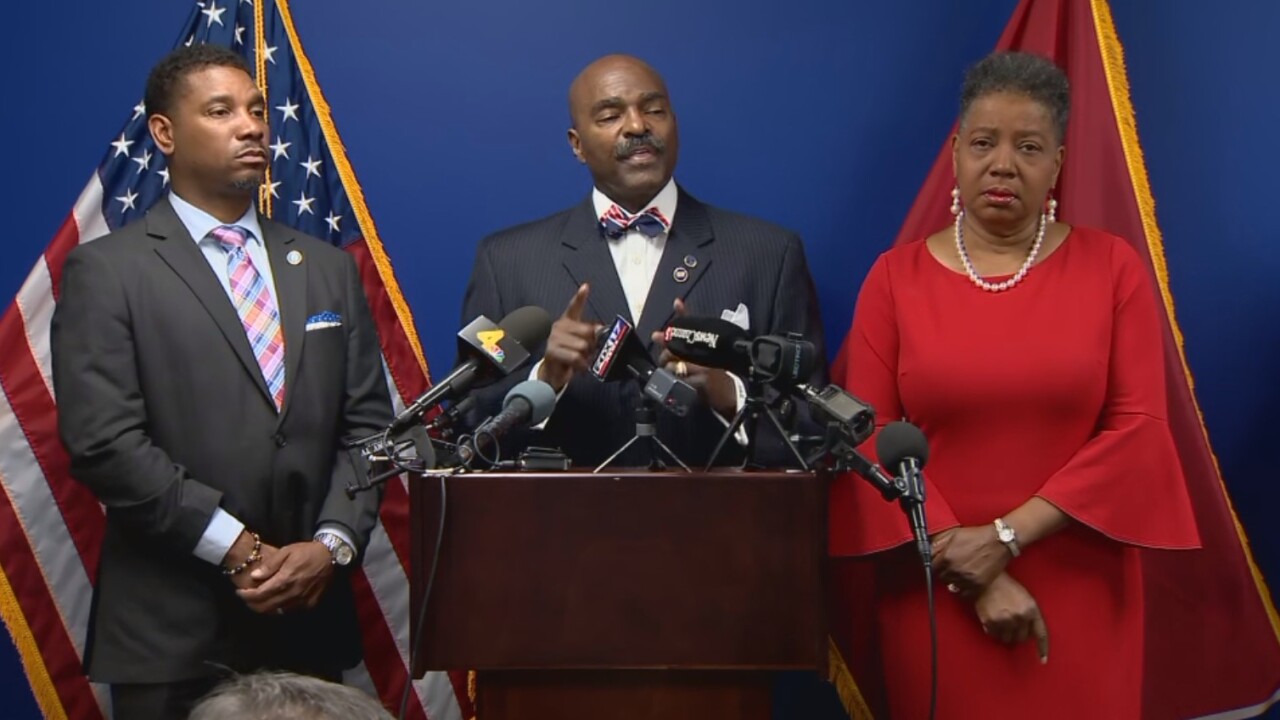 NASHVILLE, Tenn. (WTVF) — The legislature's Black Caucus is renewing demands that the Tennessee Bureau of Investigation step into the controversy involving House Speaker Glen Casada and his now-former chief of staff Cade Cothren.

Specifically, caucus leaders told reporters Tuesday that they want the TBI to get to the bottom of an email that Cothren sent to the Nashville DA's office back in March that resulted in an effort to revoke the bond of student activist Justin Jones.

"The Tennessee Bureau of Investigation, their job is to discover the type of discrepancies that we are discovering and discussing now on how false emails, how false evidence is created," said Rep. G.A. Hardaway, the Memphis Democrat who chairs the Black Caucus.

Jones sent an email to Casada's office on February 25. Three days later, he was arrested for allegedly throwing a cup onto Casada's elevator and ordered to have no contact with the House Speaker. Cothren then provided a screenshot to the DA of that same email with a March 1st date.

Casada's office has blamed a computer glitch for the discrepancy.

TBI spokesperson Josh DeVine confirmed, "The TBI is aware of calls by the Tennessee Black Caucus to open an investigation into allegations involving Speaker Glen Casada and his former chief of staff, Cade Cothren. Our agency has been in contact with the state’s District Attorneys General Conference to determine what actions may be appropriate."

Caucus leaders held the news conference in the wake of disclosures last week by NewsChannel 5 Investigates that Cothren had sent racist text messages. This week, we revealed additional text messages that detailed illegal drug use and vulgar statements about women.

But Rep. Vincent Dixie, D-Nashville, said he was not interested in an apology.

"An apology is not enough," Dixie said. "I don't want to hear 'I'm sorry, I didn't mean to do that.' I want measured steps. I want action taken. I don't want any more words - none."

Dixie said he felt that Casada should step down from his speakership.