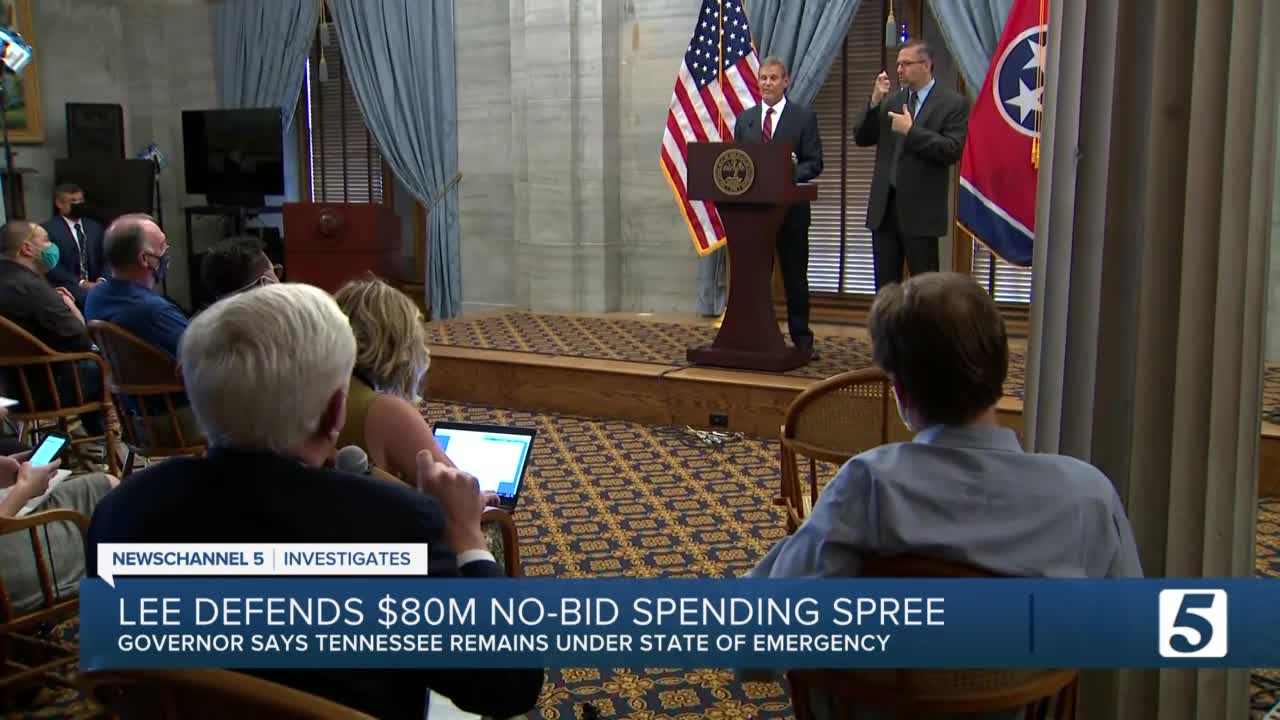 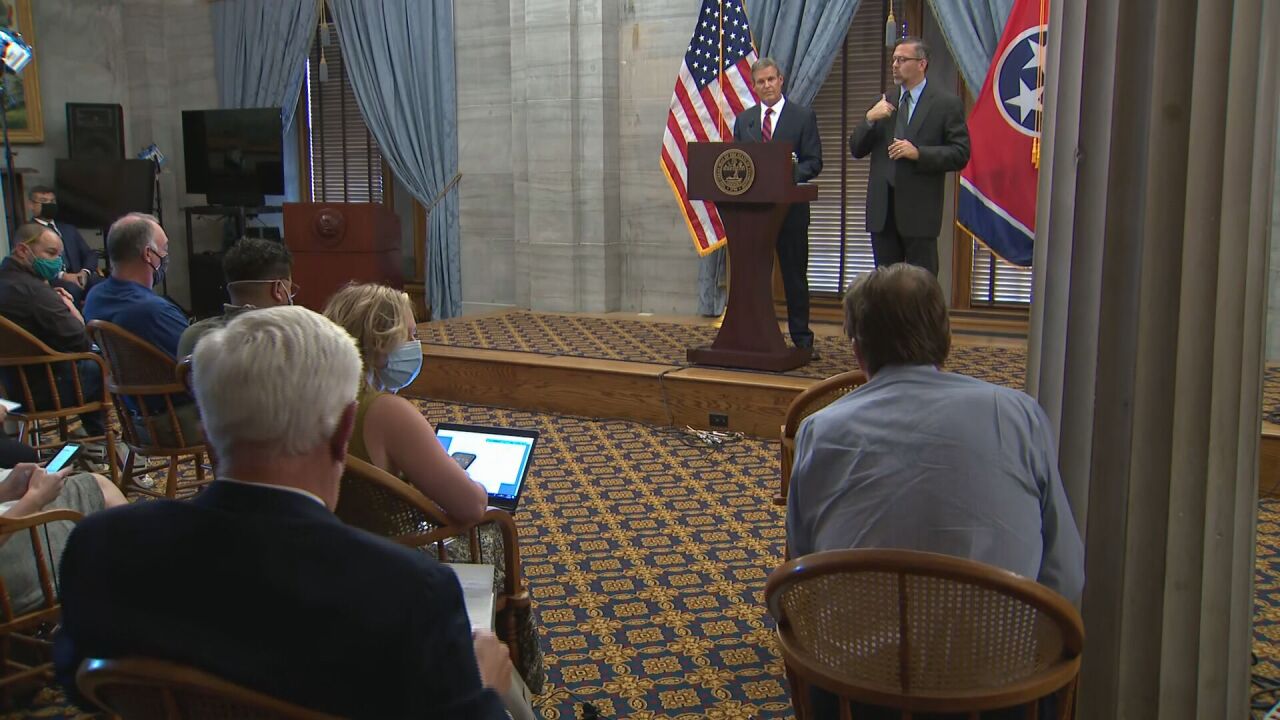 The governor, responding to the issues first raised by NewsChannel 5 Investigates, said lives were on the line.

"When the pandemic began, we had a global crisis with a global supply chain challenge, states were competing for supplies," Lee said.

"That circumstance created the need for rapid procurement that wouldn't allow for the traditional process, but that is in the midst of a state of emergency which continues to this day -- and that will continue to happen during the state of emergency."

In Utah, Gov. Gary Herbert announced in early May that the state would return to traditional bidding processes now that the situation was not so dire.

But Lee refused to commit to such a notion, saying that "we continue to lose lives in Tennessee."

NewsChannel 5 Investigates also wanted to know how the North Carolina-based Renfro Corp. got an $8.3 million, no-bid contract to produce five million sock masks for the state.

Did Lee or any other member of his administration have a prior relationship with Renfro Corp. before that deal?

"I'm not familiar with any relationships," Lee said.

Then, there's the small security company, Pale Horse GRS, that raked in millions of dollars in PPE contracts -- and now faces a lawsuit from a business partner, claiming that third parties were paid "referral commissions and/or finders fees" in conjunction with its state deals.

Pale Horse's first contact with the state was through Republican activist Robert Swope.

NewsChannel 5 asked about whether Swope had ever talked to Lee.

"I know nothing about that or anyone involved with it -- and you may be asking about a person that's involved in that litigation, and I have had no interaction with anyone around that litigation."

"Not about the litigation -- yes or no, did you ever talk to Robert Swope about his interest in doing business with the state?"

"I have not," the governor finally answered.