MLS Stadium: Where Everything Stands 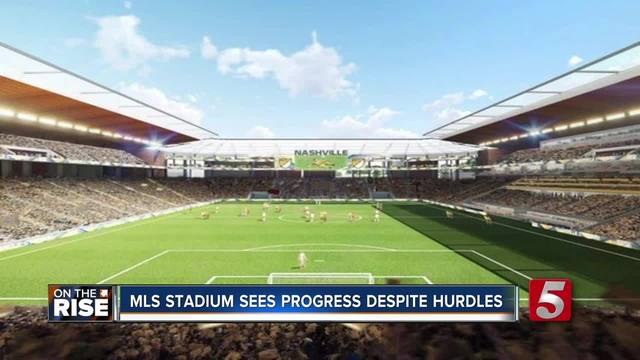 When it comes to Nashville's proposed Major League Soccer (MLS) stadium at the Nashville Fairgrounds, a lot has been decided, and a lot still needs the stamp of approval, leaving many wondering: Where are we in this process? 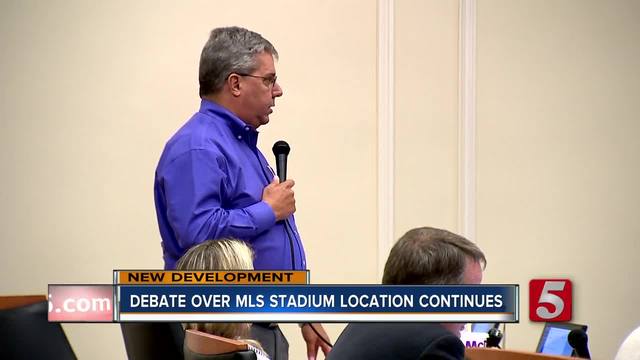 When it comes to Nashville's proposed Major League Soccer (MLS) stadium at the Nashville Fairgrounds, a lot has been decided, and a lot still needs the stamp of approval, leaving many wondering: Where are we in this process?

In November of 2017, Metro Council approved $225 million in conditional revenue bonds for the stadium in a 31-6 vote, meaning the money is there for the stadium if other conditions are met, which brings us to where we are in July of 2018.

MLS awarded Nashville an expansion team in December with the news that the council had approved funds for the stadium. Since then, a number of votes have taken place, and arguments both in support and in opposition of the stadium have been voiced.

Some of those opposed to the stadium believe that not enough research was done into other potential sites for an MLS Stadium, while others have voiced concerns about how the stadium would change the Fairgrounds.

Some have also brought up the city's financial situation and questioned if the funds for the stadium were the best way to spend money at this time.

On Monday night, the city's budget and finance committee voted to recommend the suspension of legislation related to the stadium at the fairgrounds until finances can be looked at further. Metro Council was expected to look further at that suggestion Tuesday night.

On the other end, those in support believe that a Major League Soccer team -- and stadium -- will bring new life to the Fairgrounds, bring people who have never been to the Fairgrounds to the area, and will provide much needed money to update and rebuild much of the Fairgrounds, including where the Flea Market operates.

On that note, the Fairgrounds board approved in a 4-0 vote a ground lease for the soccer stadium on Tuesday, clearing the way for Metro Council to look at the lease.

According to officials from the MLS expansion team, key votes that need to take place include the Metro Council vote on the ground lease, an ordinance to demolish existing buildings at the Fairgrounds, a plan to rezone the property for a mixed-use development next to the stadium, and a $50 million bond for improvements at the fairgrounds.

If all things go according to plan from the MLS expansion team's perspective, the stadium should be on track to host soccer matches in 2021, with any matches taking place prior to the opening of the new stadium -- such as a potential 2020 season -- to be at another location.

Council Member Steve Glover attempted to present a last minute resolution during Tuesday night's council meeting that would suspend the MLS stadium project at the Fairgrounds. However, since four council members opposed it, it was not discussed.

Glover said his intention was to slow down the plans for the stadium while the council takes more time to make sure the city won't be hurt financially by the situation.

Still, the debate is far from settled, four more Council votes are needed to give the green light to building the stadium.