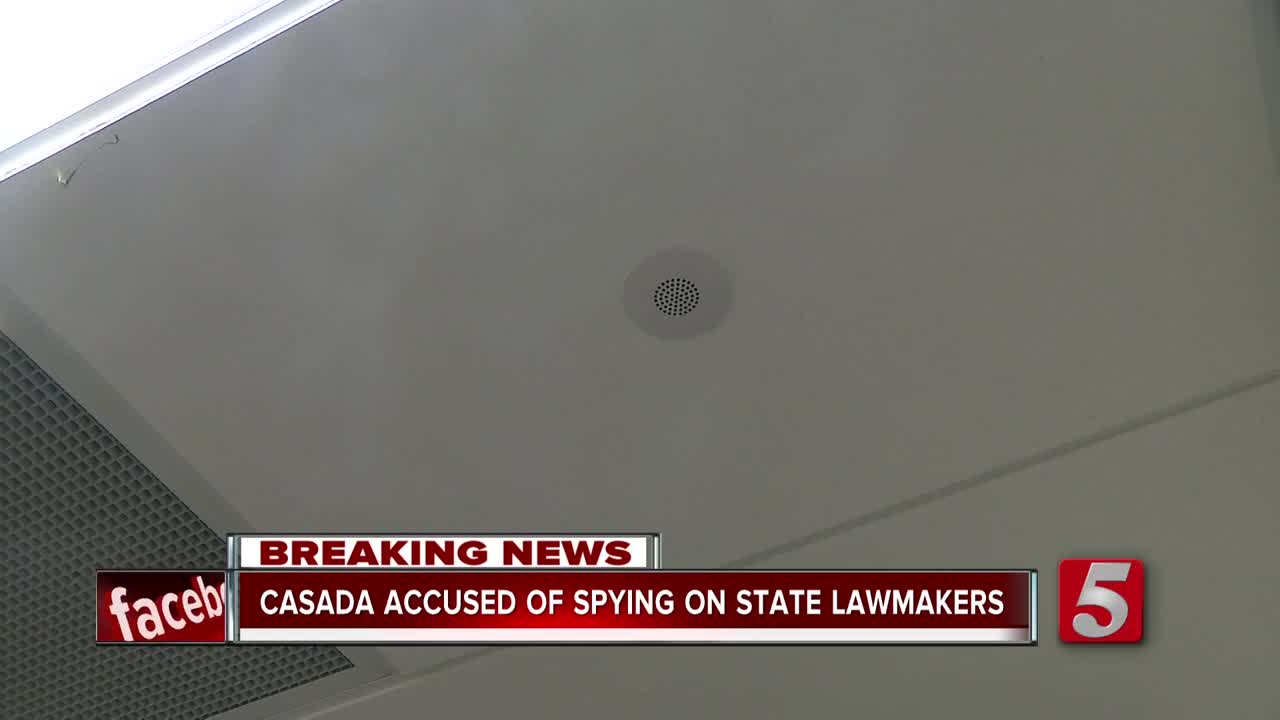 Democrat lawmakers demanded the resignation of Speaker Glen Casada and accused him of spying on state lawmakers. 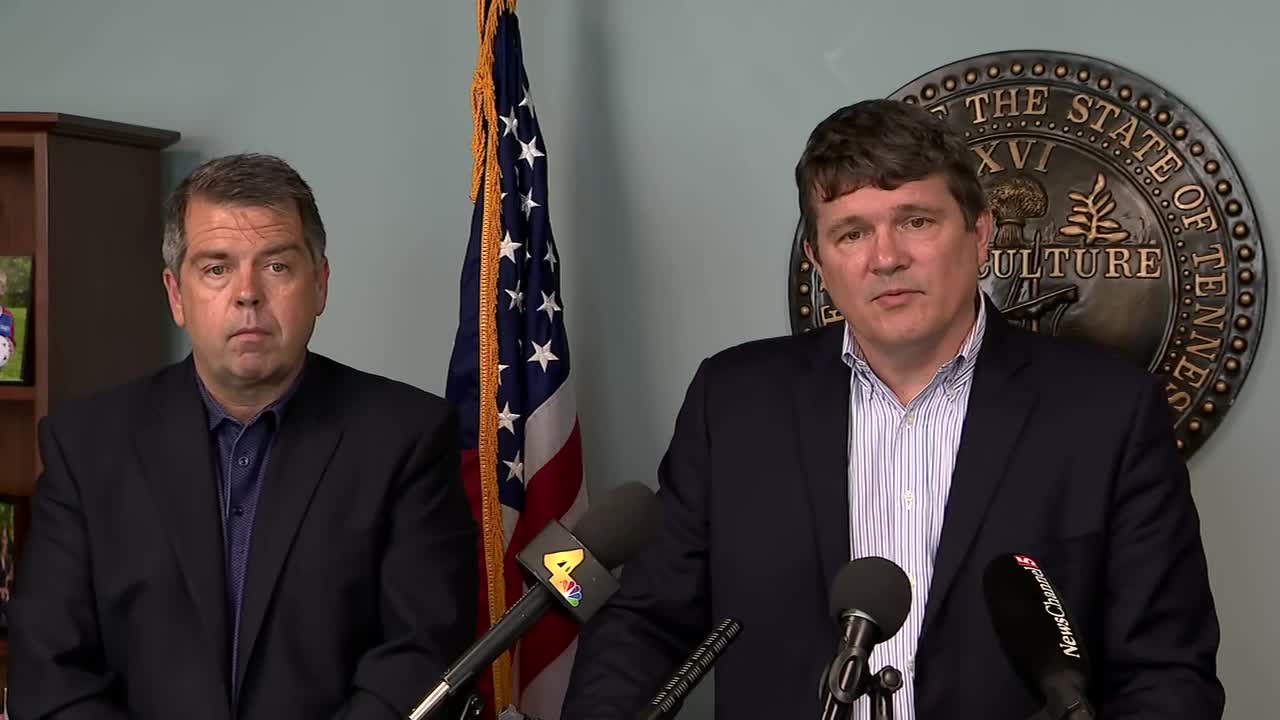 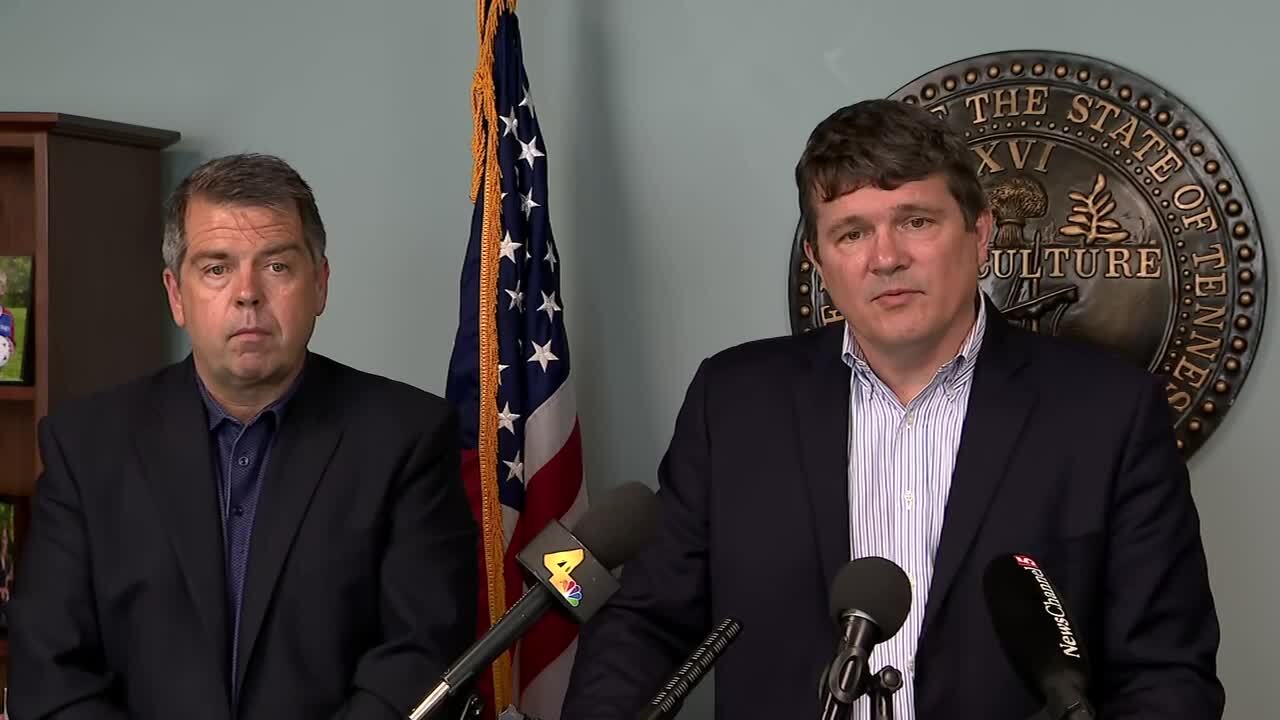 NASHVILLE, Tenn. (WTVF) — Tennessee Democrats have asked for a federal investigation into alleged eavesdropping and bugging at the Cordell Hull building.

The Tennessean reported Tuesday that House Speaker Glen Casada allowed his former Chief of Staff Cade Cothren to listen to committee meetings, prompting some lawmakers to check their offices for bugging.

"After the bragging earlier this year to a reporter about his ability to listen into committee rooms at any times, Cothren denied such comments in text messages late Tuesday and early Wednesday," the newspaper reported.

Rep. Stewart called the allegations a “grave and serious matter." When asked if he feared his own office had been bugged, Stewart responded, "... the notion that someone would bug this office to me is so outrageous and so beyond the pale of what we should expect in the United States of America that it never occurred to me that someone would actually do that,” he said.

Stewart was also asked about the latest NewsChannel 5 investigation in which a secret recording revealed that Casada knew that a series of damning text messages were authentic.

"Obviously, I would think the public expects public officials to tell the truth when they speak publicly so I would say if in fact the evidence is that a leader here is not telling the truth to the public, it raises the question to whether or not they’re capable of performing their public role," he said.

The Speaker's office released the following statement regarding the committee room angle:

“These accusations are untrue and inaccurate. In order to monitor multiple committee meetings happening at the same time, the Speaker and Clerk have access to an AV system which shows video and audio from each committee room and the chamber. The video and audio are controlled by the legislature’s Joint AV Department, although the specific audio and video feed to view and hear can be controlled within the office. This same audio and video is used for streaming on the General Assembly’s website. This system was installed by Diversified when the Cordell Hull Building was renovated and is similar to the system the same company (then Technical Innovations) installed in Legislative Plaza well over a decade ago.”

Speaker Casada later said, "The notion that my office would bug someone else’s office is laughable and patently false.”