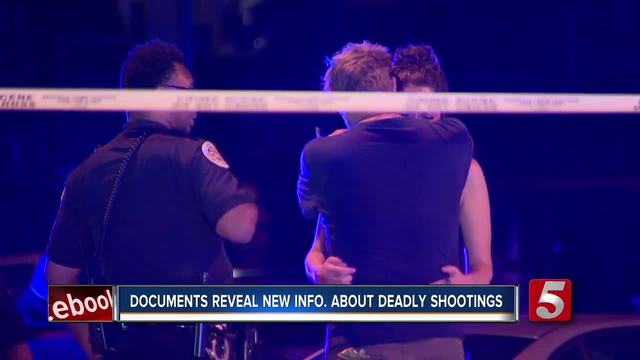 Three people have died and others injured in a several-day crime spree throughout Nashville, and Metro Nashville Police officials say they're all connected. 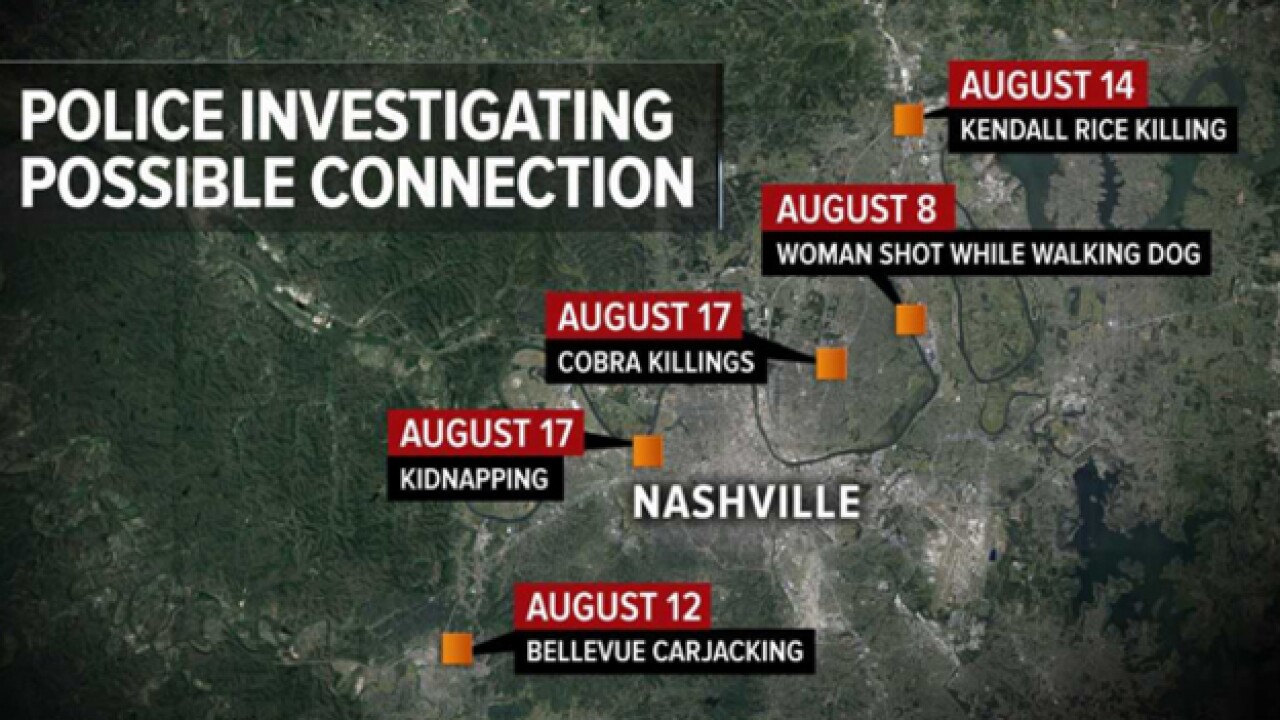 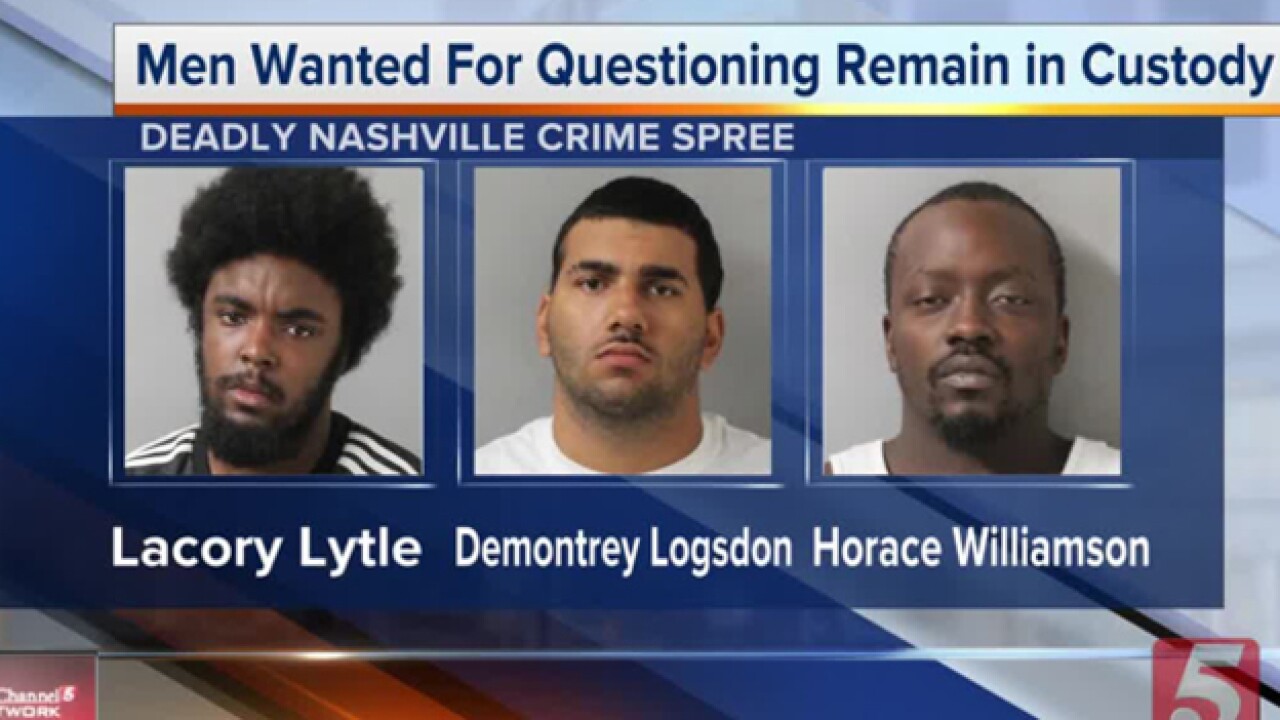 Three people have died and others injured in a several-day crime spree throughout Nashville, and Metro Nashville Police officials say they're all connected.

August 8 at 12:30 a.m.
An East Nashville woman was left paralyzed after she was shot in while walking her dog in Inglewood.

Aug 12 at 3 a.m.
Horace Williamson and an unidentified man allegedly carjack and rob a 26-year-old man at gunpoint in Bellevue after he stopped to check on a dog he hit with his car.

Aug. 14 at 5:00 a.m.
Kendall Rice was shot in the 100 block of Alta Loma Rd in Madison while walking to a bus stop on his way to work at Vanderbilt. Fifteen minutes earlier, a man reported that two black males with a rifle tried to rob him at the Rivergate Meadows Apartments in Goodlettesville about 4:45 a.m. -- 15 minutes after Rice was shot, another man was shot and wounded during a robbery at the Falcon View apartment complex in Madison. Police are not saying if there is a possible connection in those two incidents.

Aug 17 at 3:26 a.m.
Police respond to an armed robbery and shooting in the area of the Cobra bar, 2611 Gallatin Pike. Two shooting victims are pronounced deceased at the hospital.

Aug 17 at 6:25 a.m.
Logsdon allegedly tries to use the credit card of a Cobra bar robbery victim at the Z-Mart at 2610 Clarksville Pike. Logsdon is caught on video at the gas pump attempting to use the card, according to a search warrant.

Aug 17 at 11:39 a.m.
Lacory Lytle allegedly used the credit card of a Cobra robbery victim, to make a purchase for $3.49 at the Kroger located at 800 Monroe St. in North Nashville.

Aug. 17 at 3:07 p.m.
Police say Horace Williamson and Demontrey Logsdon use a silver Dodge Journey to stop a vehicle near 44th Ave. and Tennessee Ave. Williamson allegedly pulled a rifle and pointed it at the vehicle ordering his girlfriend, Kaylee Mitchell, to get out. Police say he orders Mitchell to get into the Dodge Journey driven by Logsdon. Williamson and Mitchell had reportedly gotten into an argument earlier.