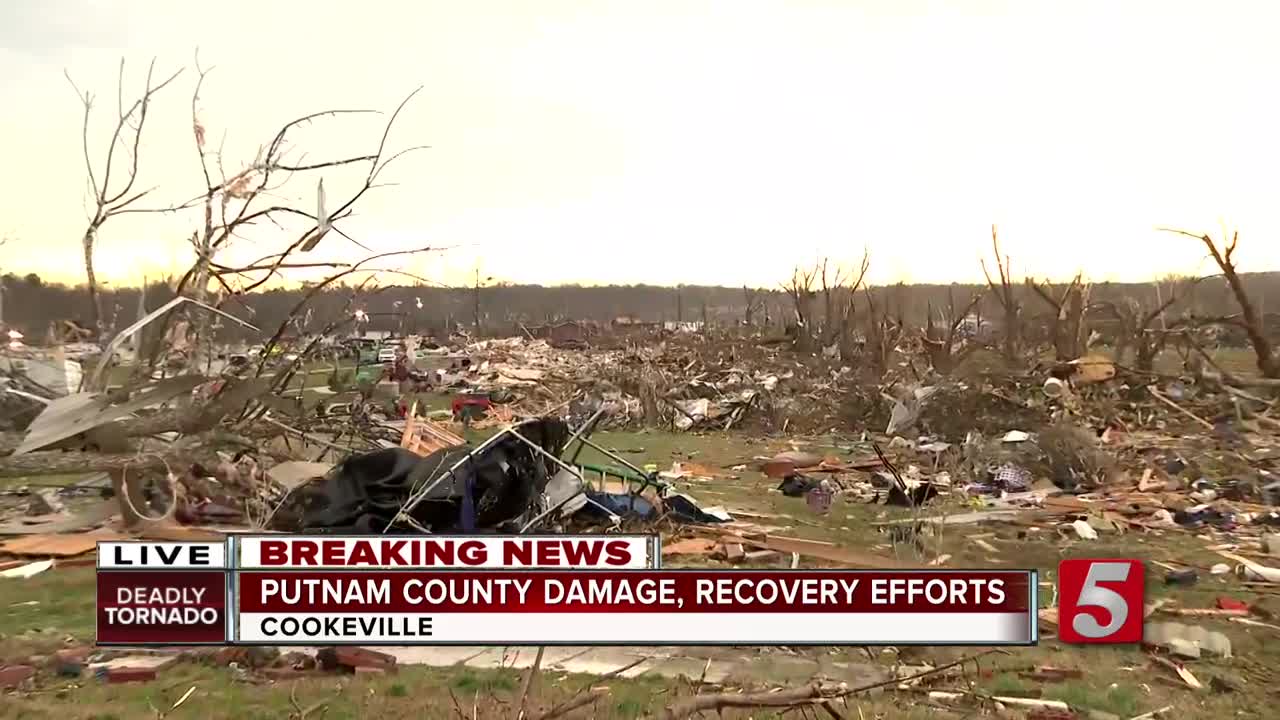 National Weather Service teams will be in Putnam County Wednesday to survey the damage from the tornado killed at least 18. Dozens are still missing. 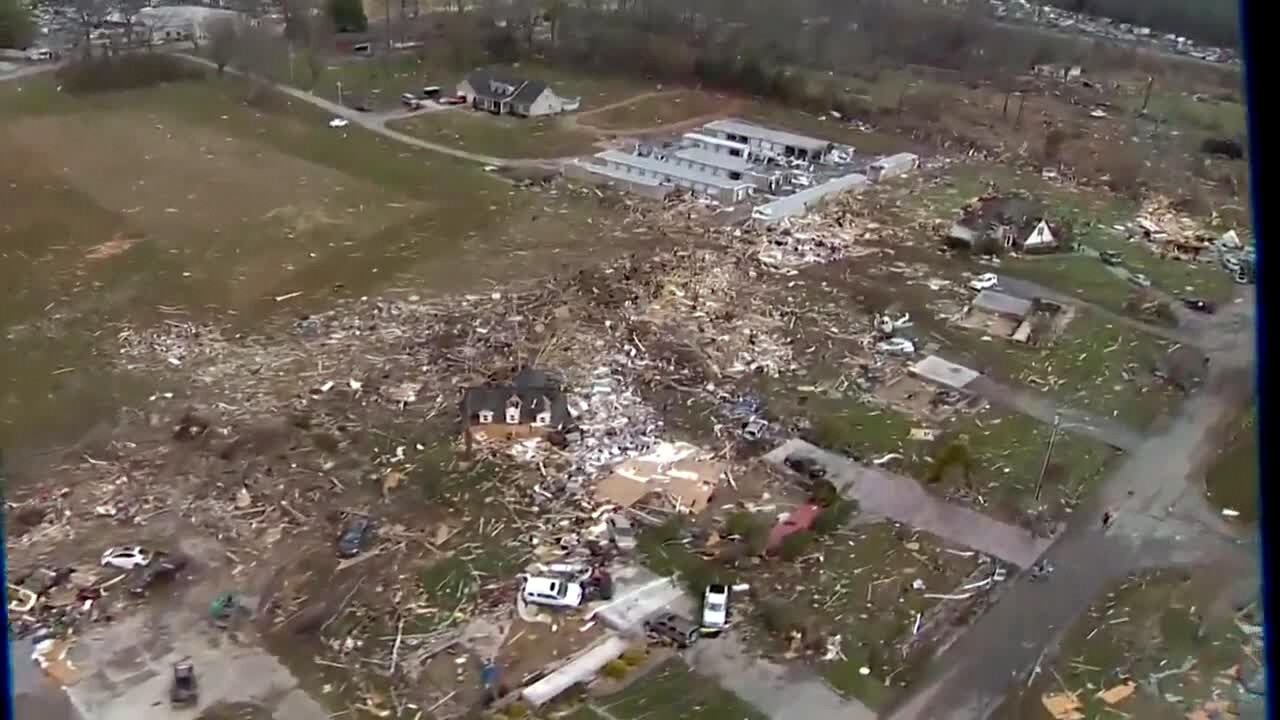 COOKEVILLE, Tenn. (WTVF) — Five children are among the 18 victims of a catastrophic tornado that tore through Putnam County early Tuesday morning.

County officials provided an update Wednesday morning, saying 13 adults and five children, all under the age of 13, were killed.

Late Tuesday night, 38 people were still unaccounted for. As of Thursday morning, the TBI said there are no more missing people reported in Putnam County.

National Weather Service teams were in the area Wednesday to survey the damage. They say an EF-4 tornado with 175 mph winds hit Putnam County. At least 20 homes were destroyed (flattened to their foundations). It is the first violent and strongest tornado to hit the mid-state area (38 counties) since the Good Friday Tornado on April 10, 2009.

The Putnam County Sheriff said the tornado touched around 2 a.m. between the city limits of Cookeville and Baxter and destroyed everything in its path – leaving parts of the county filled rubble and debris, making it harder to find people.

Officials say after searching overnight and all day, they have gotten to 90% of the damaged areas.

The clean-up efforts are going to take quite some time. Fifteen law enforcement agencies are teaming up to help out for the next few days. They are hoping to have all demolished structures checked-out by the end of the day.

Officials say approximately 2,500 people were in the area Wednesday to volunteer in relief efforts.

Putnam County Sheriff Eddie Farris says there’s a lot of damage there and there’s a possibility they could find some people their looking for when they launch a very specific search.

“An approximately 20-acre field that is located between Echo Valley Estates and North McBroom Chapel Road. That area is a field area that is marshy, that is 6 or 7 feet tall. It's a slow process. The way the tornado traveled, there's a lot of debris down there,” said Sheriff Farris.

The worst hit areas are:

Eighty-eight people were injured in the tornado. If you'd like to volunteer email officials at helpnow@putnamcountytn.gov.