33K without power in Nashville; expected to be restored by Monday, NES says 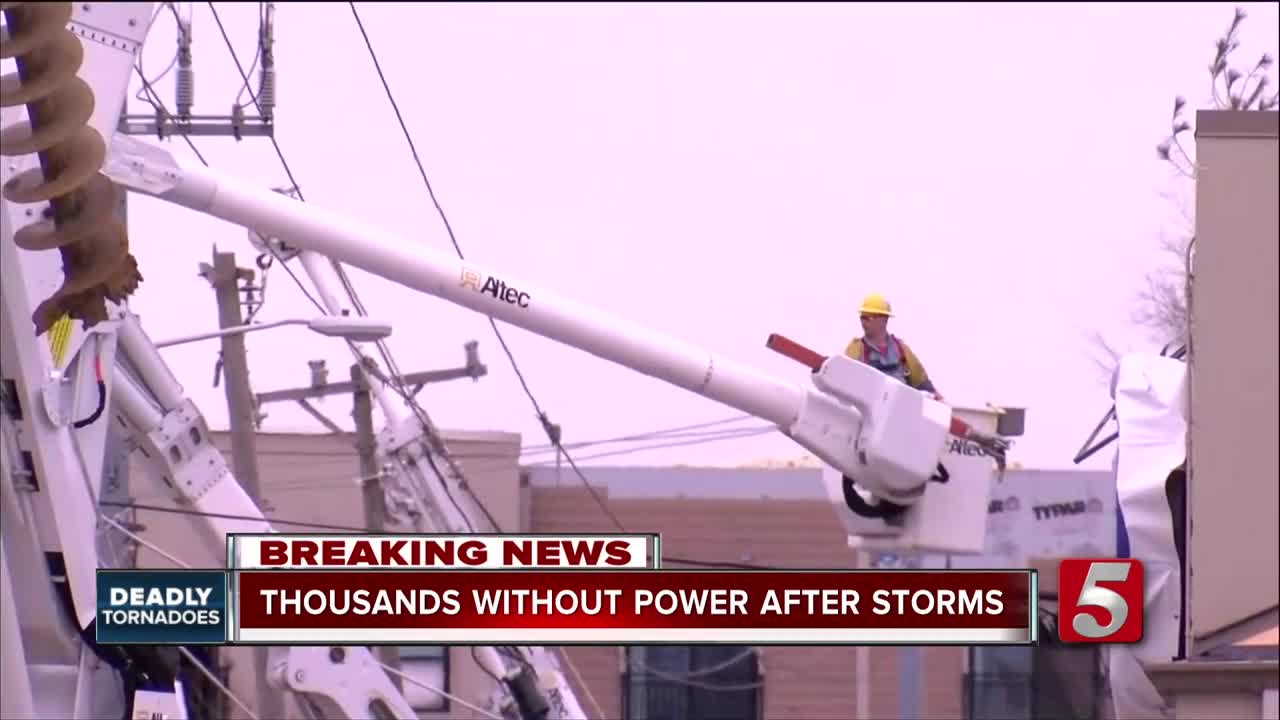 Nashville Electric Service linemen worked through the night to begin restoring power to thousands in Davidson County after a tornado ripped through town. 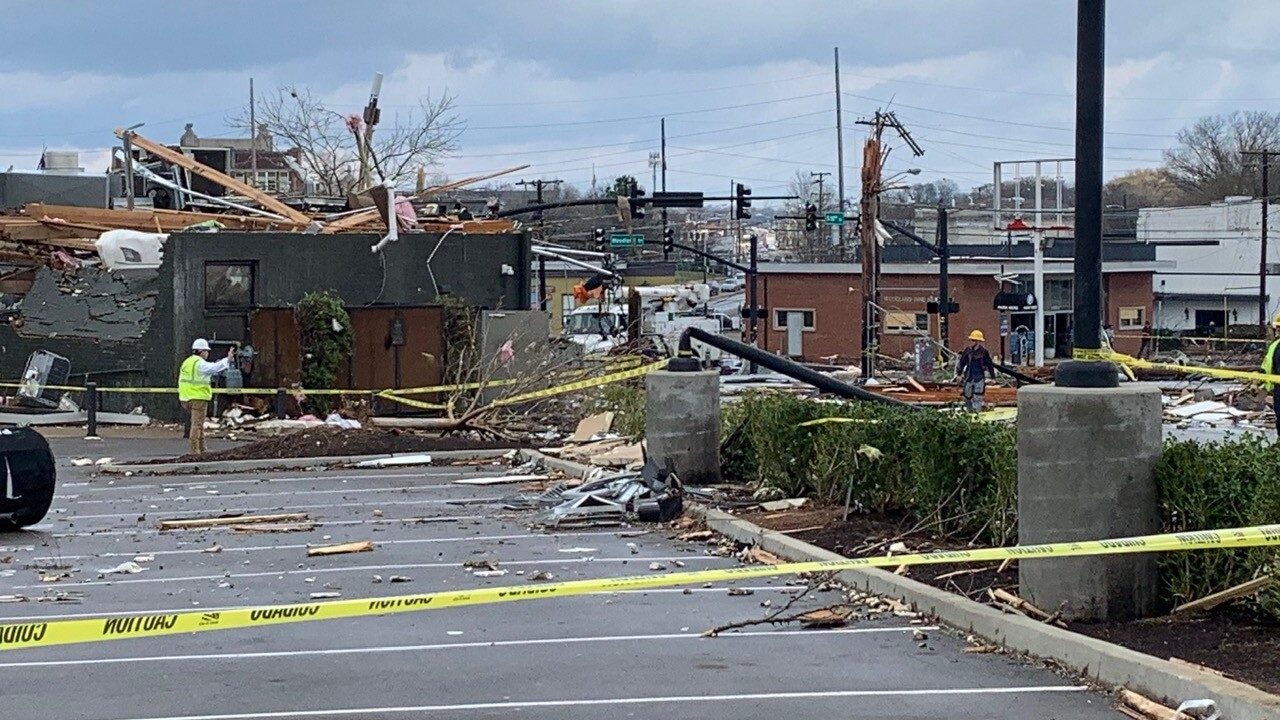 NASHVILLE, Tenn. (WTVF) — Nashville Electric Service linemen worked through the night to begin restoring power to thousands in Davidson County after a tornado ripped through town.

On Wednesday morning, 34,800 people woke up still without power. By 1 p.m., the number was reduced to 33,000. A spokesperson for NES said there are three substations out, Van Buren, Metro Central and Hermitage.

The spokesman said NES plans to have significant progress done by Friday to repair these substations. Those who receive power should expect to have it restored by Monday, he said. However, NES said this is an estimation, not a guarantee.

About 400 contracted linemen from Kentucky and Virginia came to Nashville to help with the work. NES said employees will work 14-hours days around the clock until the power is restored.

There are still many areas crews are trying to gain access to. On Wednesday, drones were used to get a look at those areas.

NES said Wednesday's priorities are to restore power to the water treatment plant and TriStar Summit Medical Center and continue to repair the substations and transmission lines in North and East Nashville.

The National Weather Service will continue to survey the area after tornadoes ripped through Tennessee. In Nashville, John C Tune Airport, North Nashville and Germantown experienced 130mph winds of an EF-2 tornado, East Nashville and Donelson saw damage from an EF-3.

Two people in East Nashville were killed on McFerrin Street after they were hit by debris outside Attaboy lounge. Metro police said one other person was severely injured, but have not said what area of town they were in. There are no people considered missing in Nashville.

Metro Police Chief Steve Anderson said the department didn't have any issues overnight into Wednesday with looting or civil disruption. The affected precincts, East, Central, North and Hermitage, will have officers working on 12-hour shifts.

"The storm basically sliced the county in half," Anderson said.

Police will be passing out handouts for those seeking information on how to get help or how to volunteer.

The Fire Department tweeted more information for those interested in getting involved.

Chief Swann encouraged those wanting to help with cleanup efforts around the city to get involved with Hands On Nashville.

Mark Sturtevant with Metro Public Works said the heavy work is yet to come. On Wednesday, public works is working to reopen roads by clearing debris. They are working with NES to fix traffic signals once the power is restored to the impacted intersections.

Many roads remained closed on Wednesday. Be cautious if you must drive through Nashville.