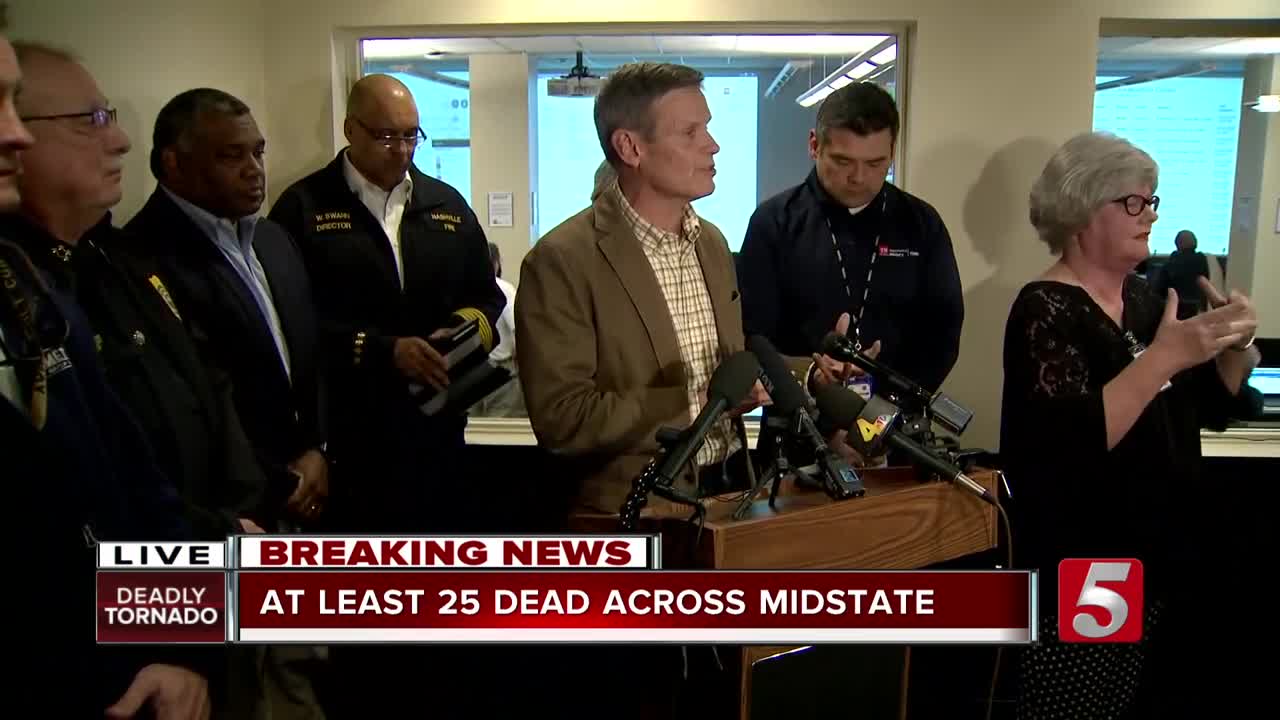 Governor Bill Lee says "Tennessee is doing what Tennessee does" in helping others in cleanup effort from deadly tornadoes. 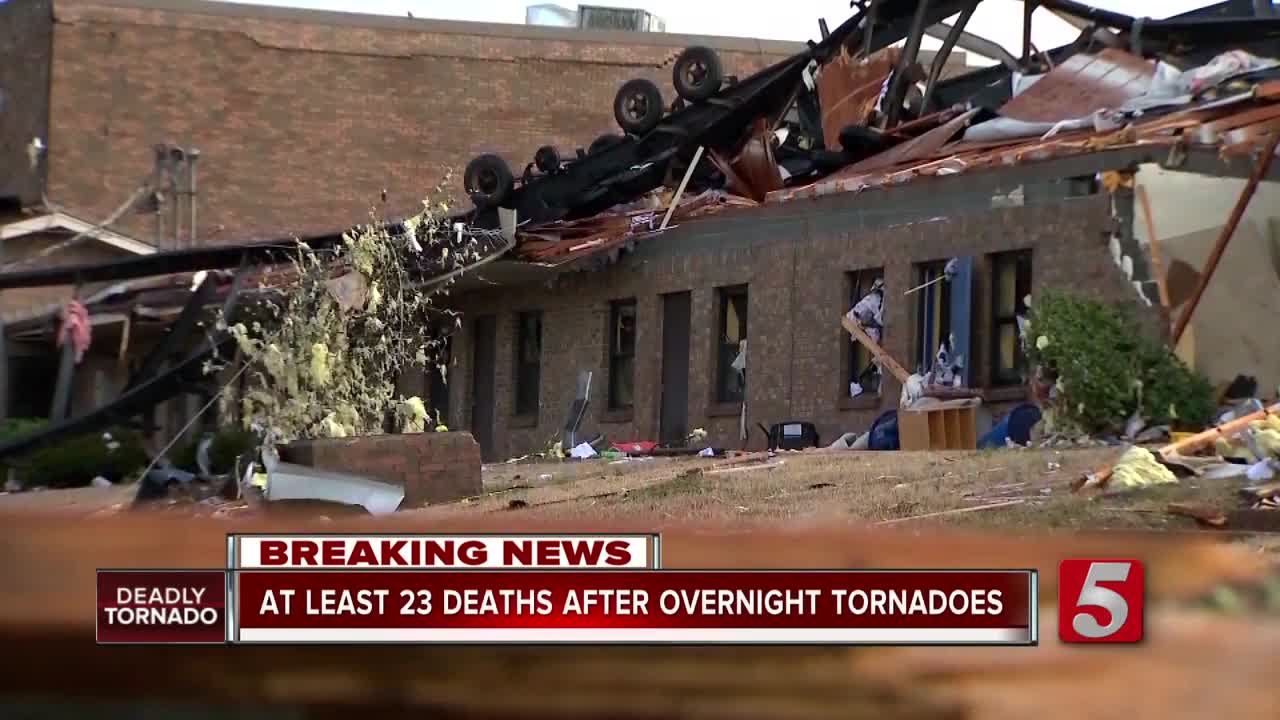 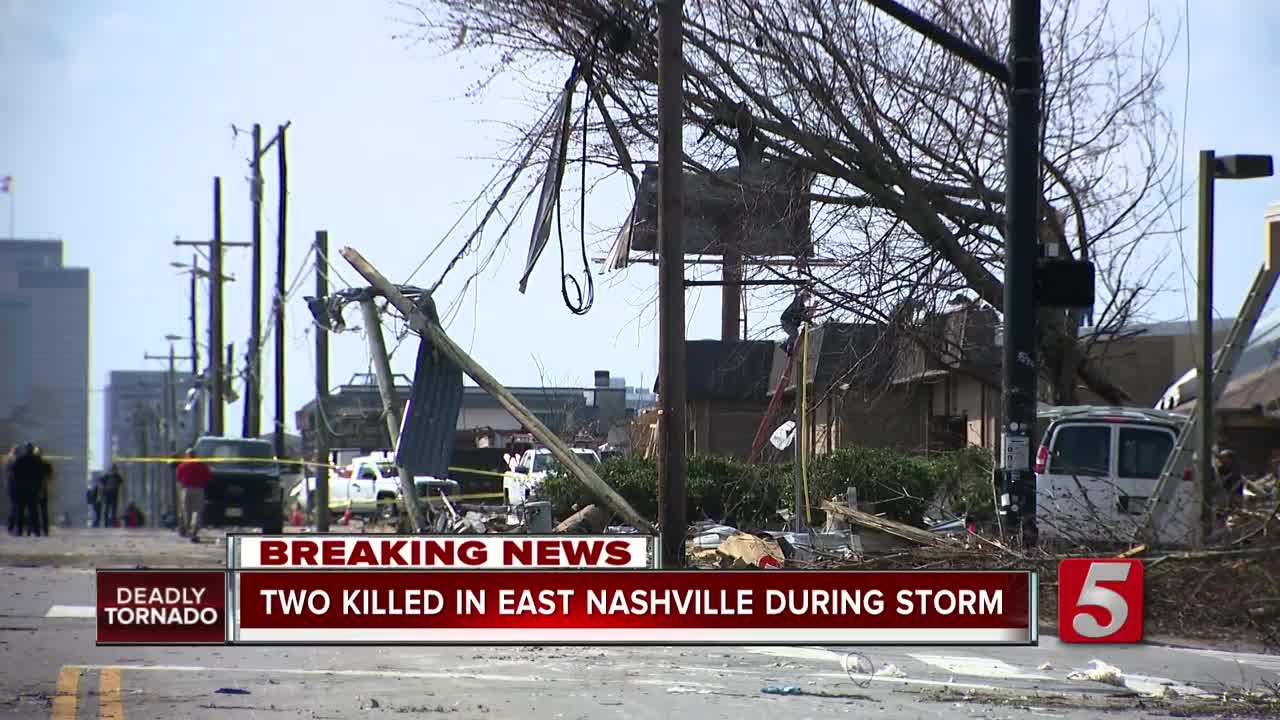 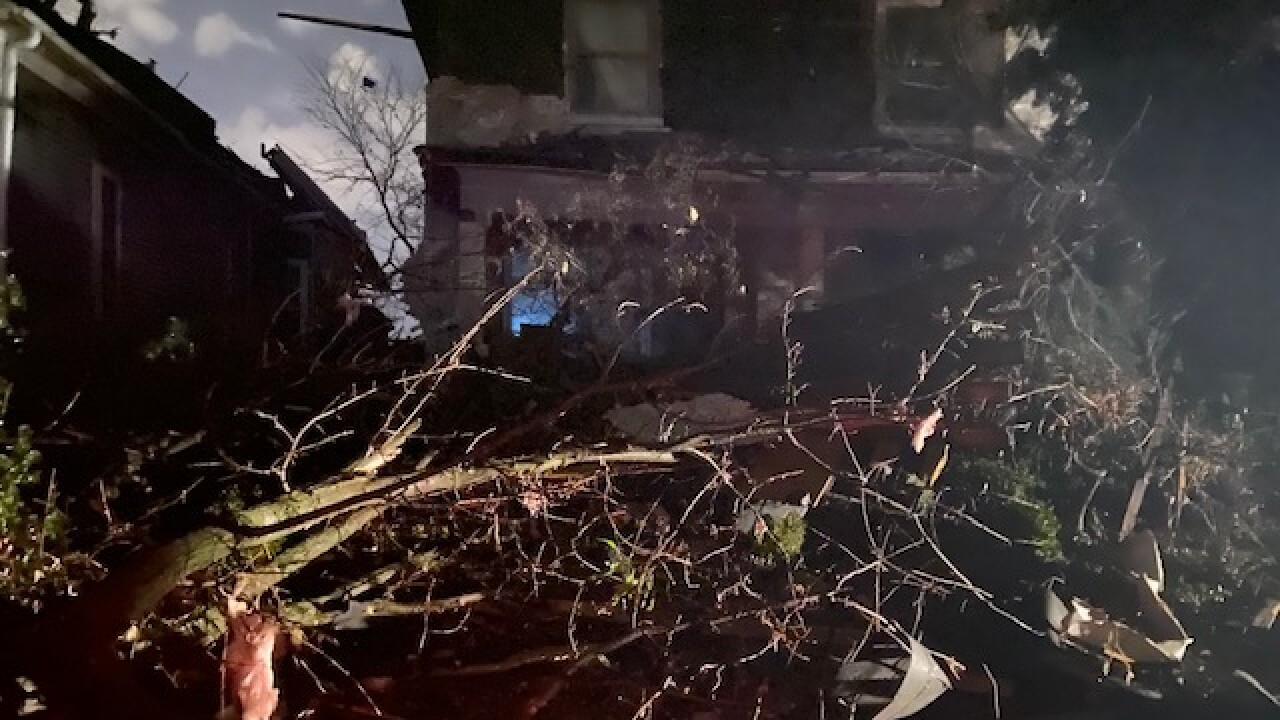 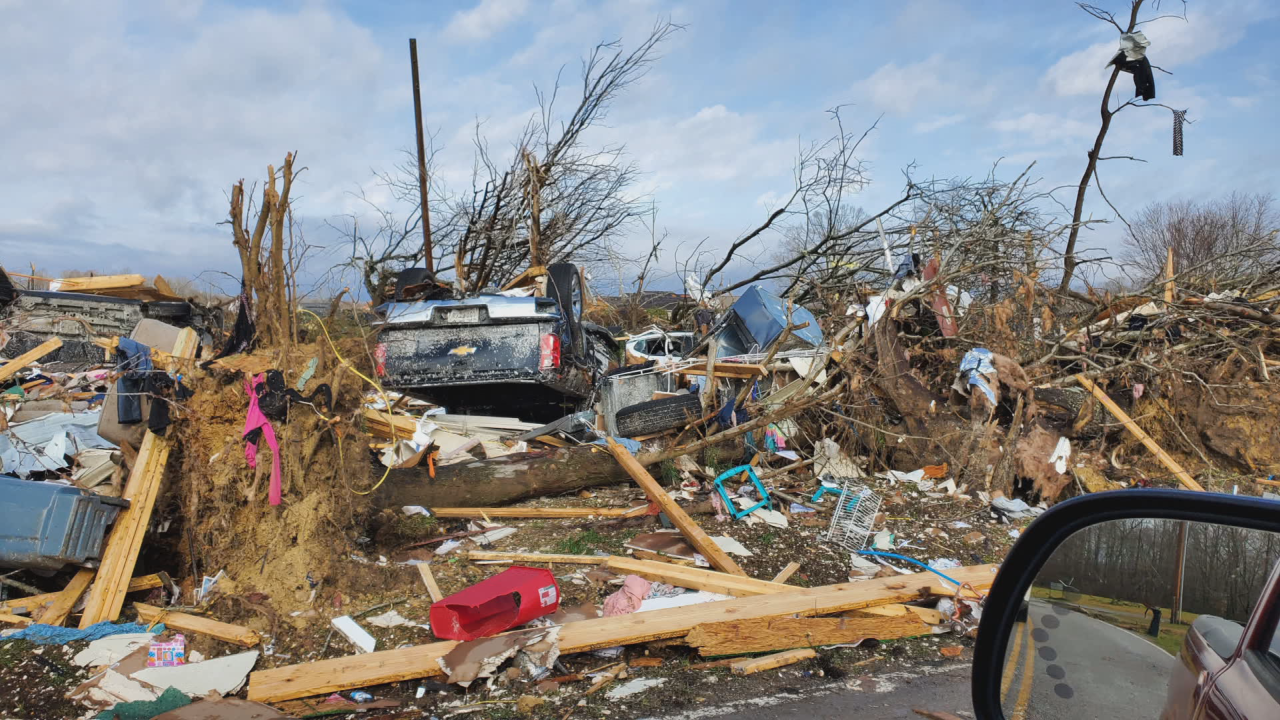 At 5 a.m., TEMA declared a level three State of Emergency. Here is a list of those who were killed.

President Donald Trump tweeted that the federal government is monitoring the situation. The President will visit Middle Tennessee on Friday.

Prayers for all of those affected by the devastating tornadoes in Tennessee. We will continue to monitor the developments. The Federal Government is with you all of the way during this difficult time. https://t.co/eZlA7Ahruj

On Thursday morning, there were still more than 18,000 people without power in Nashville. NES said they hope to have the power fully restored by Monday, however that is an estimation, not a guarantee.

Two people in East Nashville were killed and at least 180 others in the county have been treated. More than 50,000 people woke up Tuesday without power. The Five Points area was severely damaged in the storm. Metro Nashville Schools closed for the rest of the week.

Five children and 13 adults were killed in the county, and 88 people were hurt. The sheriff's office said the tornado hit between the city limits of Cookeville and Baxter. Sheriff Eddie Farris said several homes have been flattened.

On Thursday, a burn ban was enacted in the city of Cookeville and Putnam County until further notice.

A 67-year-old man was killed in Benton County. About 25 homes were damaged, with at least four destroyed on Ballard Road.

Three people were killed in Wilson County. Wilson County Schools will be closed for the remainder of the week. Mt. Juliet has set a 6 p.m. to 6 a.m. curfew, beginning Tuesday evening for the areas hit hardest by the tornado.

The tornado caused $93 million in damage at John C. Tune Airport. This does not include damage to more than 90 destroyed aircrafts and other personal property. The terminal and 17 hangars were among the damage. Sky5, which was parked in one of the hangars, was also badly damaged.

If you're interested in helping those who have been displaced or affected by a tornado that ripped through the area, click here for more information.

Many voting locations were impacted by the damage. Voters can check this list to see if their normal polling location was closed on Tuesday. In response the Tennessee Democratic Party filed a lawsuit which led to polling place hours being extended.

Emergency shelters have been opened for many who have been displaced.