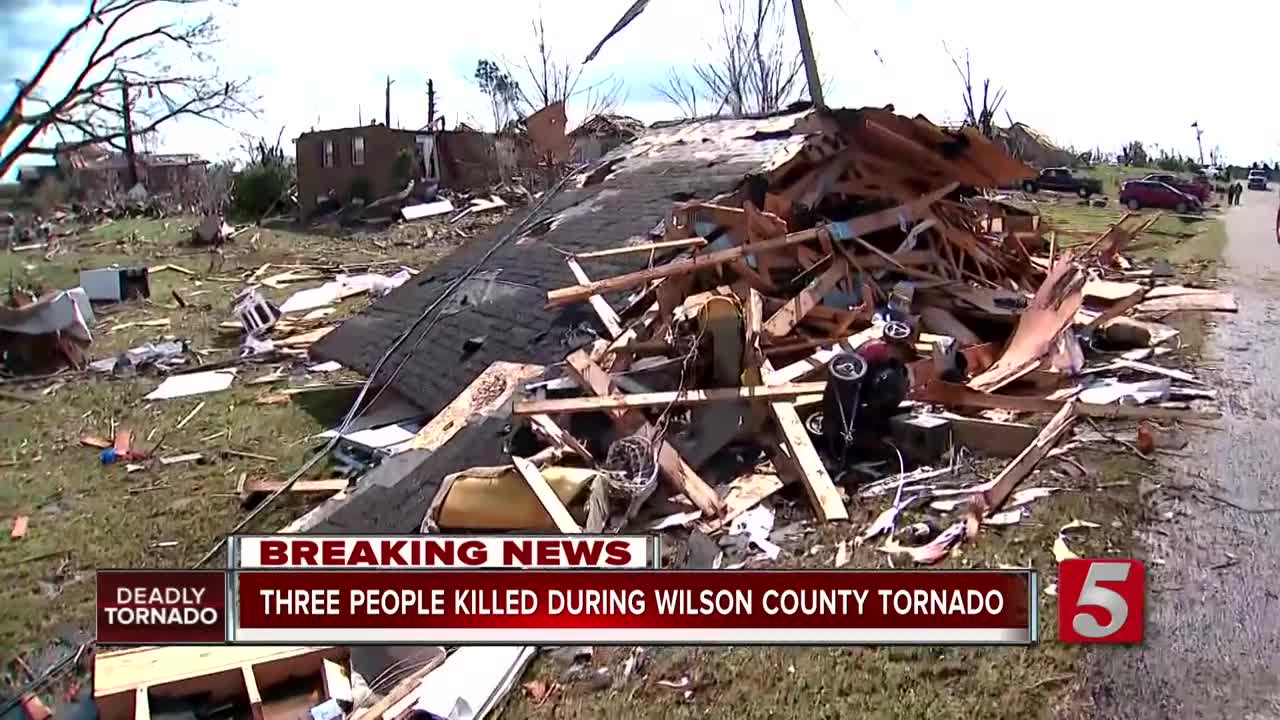 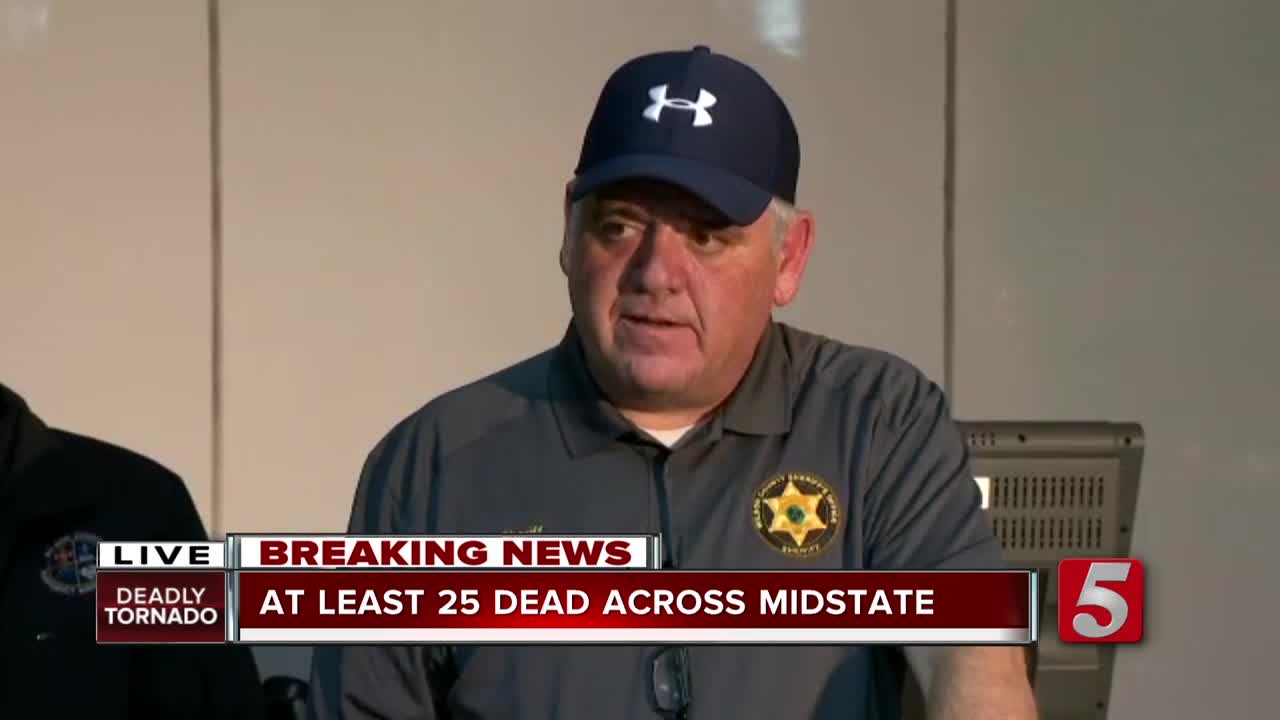 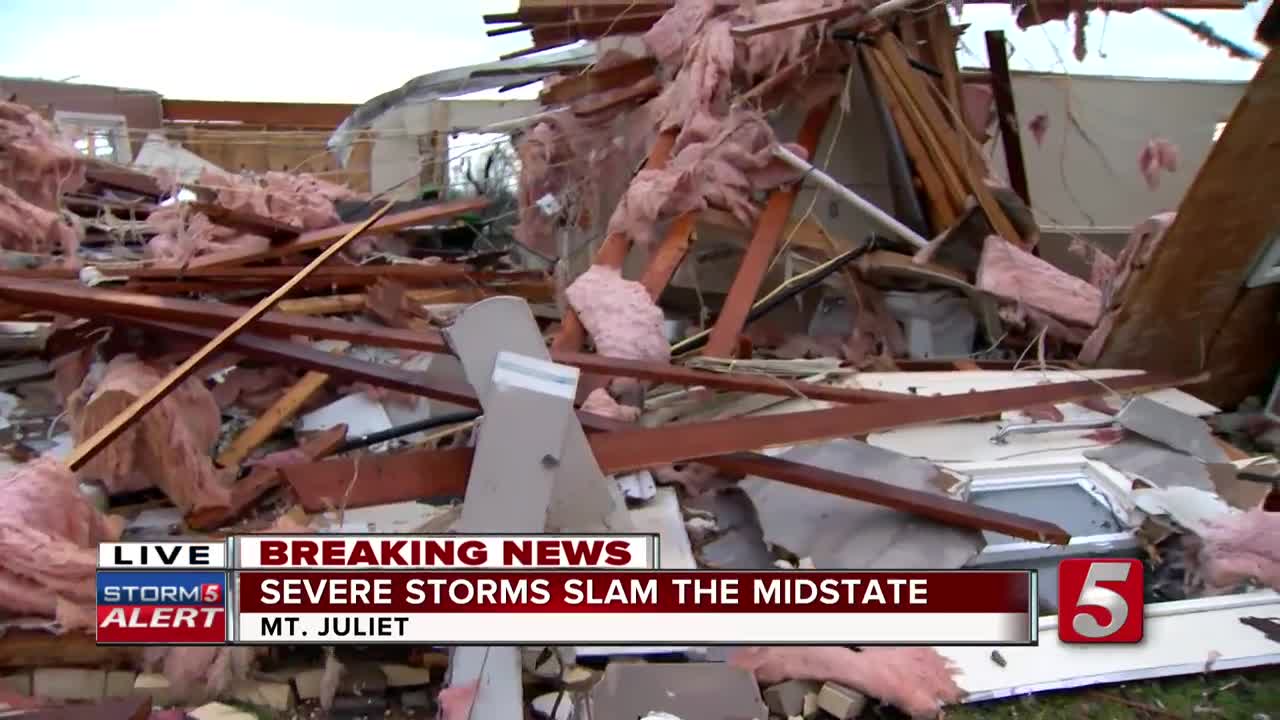 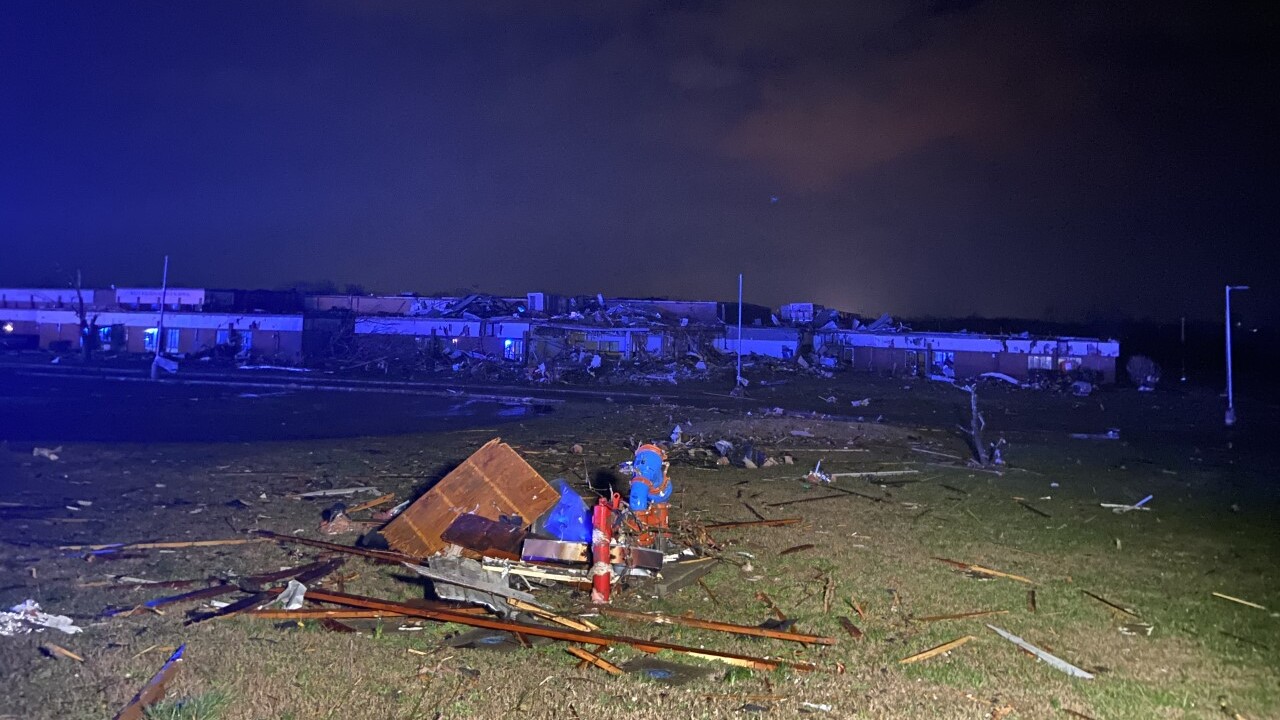 MT. JULIET, Tenn. (WTVF) — Three people have died in Wilson County after a tornado ripped through the area overnight. Several homes and buildings were damaged. To keep residents and volunteers safe as cleanup efforts continue, officials have instated a curfew for areas that suffered extensive damage for 6 p.m. to 7 a.m. (Those areas are listed below.)

Mt. Juliet police have released an estimation of the tornado's path:

Below is an estimated illustration of the tornado damage path through the city limits: pic.twitter.com/GUwbK8dc11

Officials say 84-year-old James Eaton and 81-year-old Donna Eaton died in their home on Catalpa Drive. A third person killed was identified as 38-year-old Brandy Barker of Lebanon at a CEVA warehouse on Athletes Way North while working security.

Twenty-three people were taken to the hospital for treatment.

City officials said all destroyed structures have been searched, and there are no outstanding reports of missing persons.

Strong winds tore the roof off of West Wilson Middle School. Debris is strewn across the area and parking lot.

Emergency crews have reported many homes being damaged and destroyed. The sheriff's office said damage is too extensive to list specific roads and businesses that have been affected. A total of 12,000 customers were without power.

Mt. Juliet Police officials took to social media to warn the public of downed power lines. Wilson County deputies are walking across the county on foot to check residences and businesses that have been damaged.

Wilson County officials announced displaced by the tornado should go to a help center located at Highland Heights Church of Christ on North Cumberland Street.

"We have sporadic major damage in a swath along the entire length of our county along Interstate 40 from the Davidson County line to the Smith County line. We will do our best to update with significant reports when able."

The curfew will be applied to the following areas:

Residents are also discouraged from working on damaged structures or cleaning-up debris while the curfew is active due to the danger of working in complete darkness.

Officials urged residents to conserve water the best they can. They say "levels are good but you never know."

A committee has been set up to organize volunteer assistance and donations. If you're interested in volunteering, you can register online by clicking here.

Public works are going through the impacted area and collecting debris. The city is asking residents to sort debris by not mix trash with vegetation, and placing it as close to the roadway as possible.