2 killed, 156 treated in Nashville after tornado rips through downtown 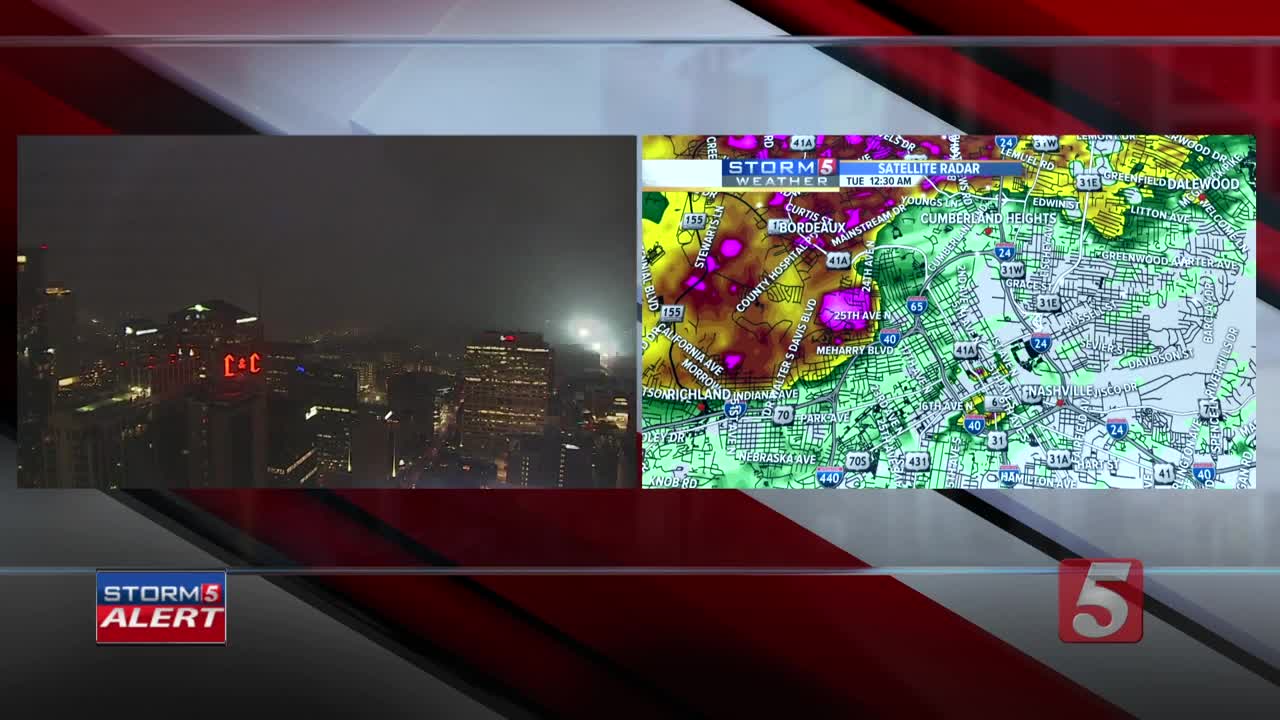 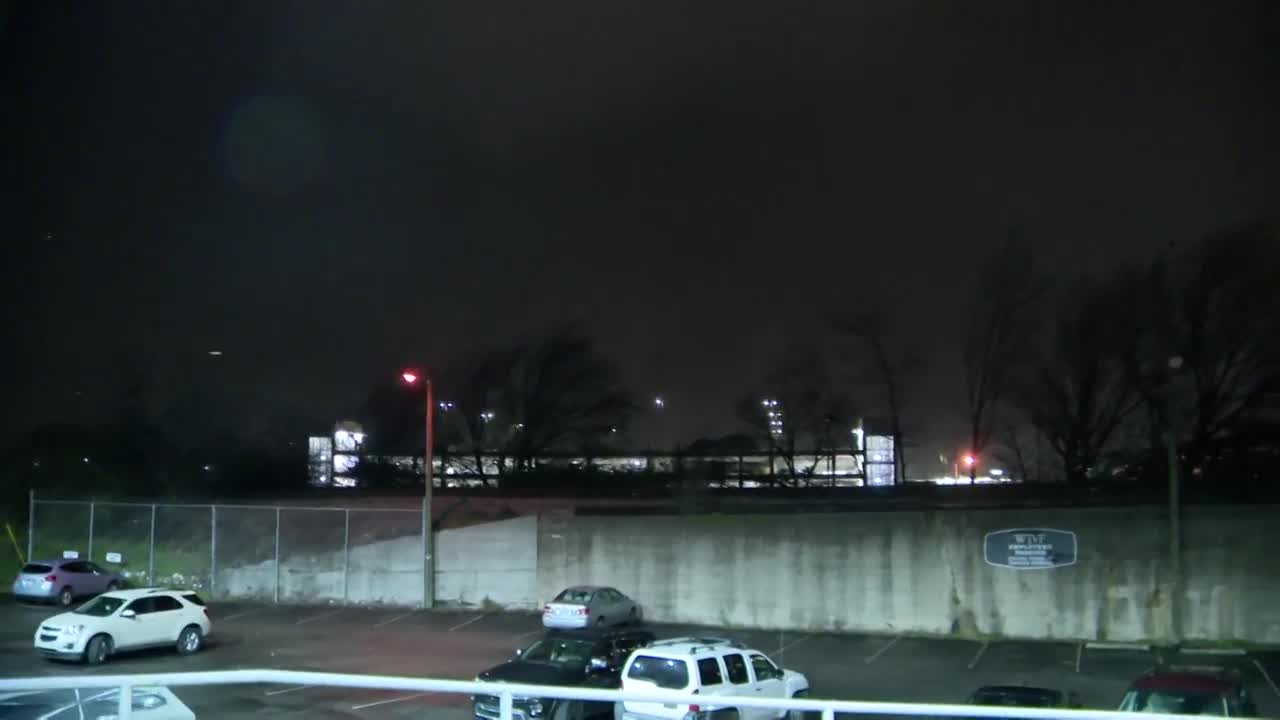 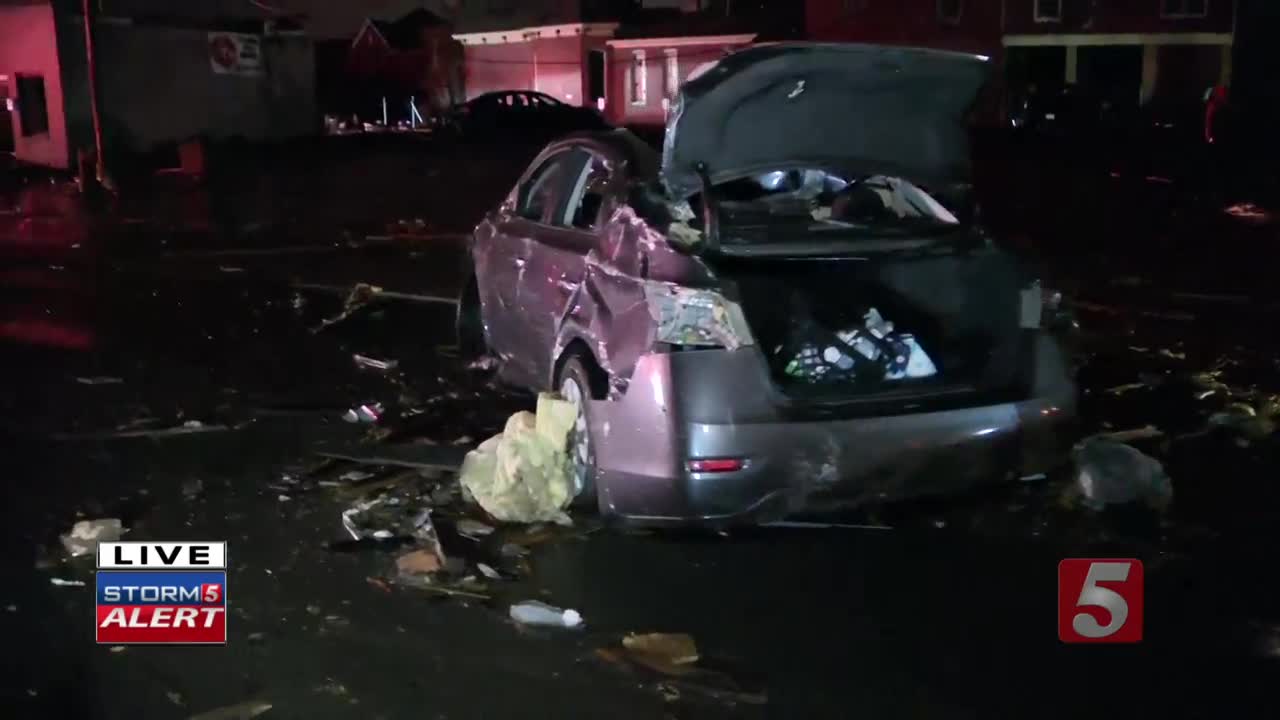 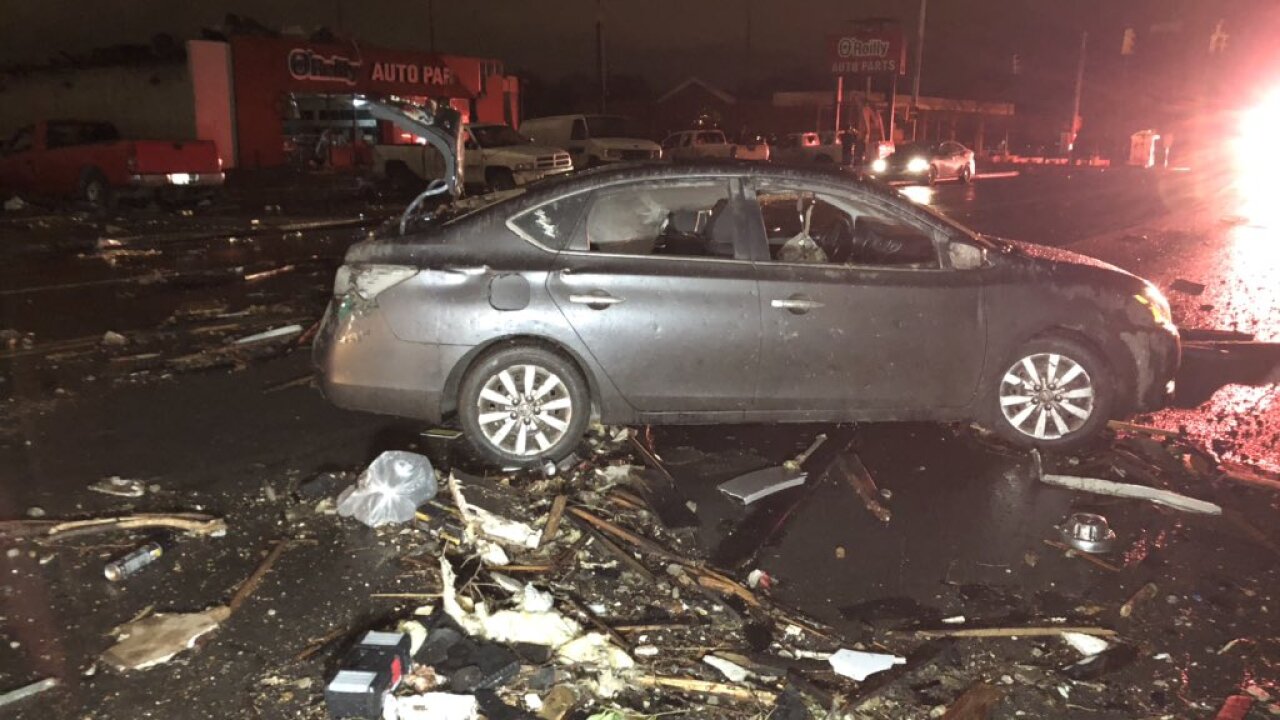 NASHVILLE, Tenn. (WTVF) — Two people have been killed and at least 156 were injured in Nashville after a tornado touched down north of downtown. Mayor John Cooper has declared a State of Emergency for the city.

The two deaths occurred near McFerrin Avenue in East Nashville. Police said Michael Dolfini, 36, and his girlfriend Albree Sexton, 33, were hit by debris as they were leaving Attaboy lounge, where Dolfini worked. Sexton was pronounced dead on scene and Dolfini died upon arrival at the hospital.

The National Weather Service said latest survey results indicate the storm was an EF-2 with 125 mph winds as it hit Germantown and strengthened to an EF-3 tornado with wind speeds between 136 to 140 mph as it hit the Five Points area.

“This executive order and State of Emergency declaration is a critical resource that will help facilitate Metro’s response and recovery efforts on behalf of all Nashvillians affected by this morning’s devastating storm,” said Mayor Cooper. “My administration is committed to matching the courage and strength of spirit shown by the tornado survivors I met with this morning, who serve as an example to us all. With solidarity, we begin the path forward to recovery.”

Devastating wreckage at the scene where a woman was killed near Basement East. The sight of people just walking around and taking everything in is both heartbreaking and eerie. @NC5 pic.twitter.com/g86LuntsYP

Mayor John Cooper also urged residents to be cautious, emphasizing that there are numerous power lines down, in addition to gas and ammonia leaks around the city.

I am currently working with those at the Emergency Operations Center and receiving regular updates and damage assessment reports. I am also working closely with federal contacts on all recovery assistance options. A more comprehensive media update is coming up this morning.

Nashville Electric Service says as of Tuesday morning, at least 50,000 customers are without power.

Officials with the Nashville Fire Department said they responded to at least 40 structure collapses throughout town. Serious damage was caused in many parts of town including Germantown. Reporter Chris Conte called the damage "profound," saying hundreds of residents will be displaced.

Metro Schools were closed on Tuesday, March 3 due to widespread damage. Metro Schools said election polling sites will be open unless otherwise noted.

Several buildings were hit with Jefferson Street and Rosa Parks Boulevard are closed and covered with debris and damage.

Parts of Tennessee State University's campus was also damaged by the storm. TSU President Glover, campus emergency management and TSUPD are assessing the damage, including several building rooftops and downed trees and power lines. The university is currently on spring break.

Basement East in East Nashville was heavily damaged. Workers said they were able to get into the basement seconds before the building was hit and the roof was ripped off.

Beyond the areas of downtown is Hermitage, which also saw significant damage to homes and buildings.

This is Forrest Ridge Drive in Hermitage off Central Pike.

7 people were in this home. All survived but a small child was missing for sometime and found feet away from the home under bricks- his Mom says he walked away with cuts and bruises. @NC5_BreeSmith @NC5 @NWSNashville pic.twitter.com/W6jwIllpe8

Councilman @brettawithers spoke with us after seeing the extensive damage/destruction to his district. He’s advising residents to stay away and avoid downed lines. @NC5 pic.twitter.com/LNk8JDXCzb

Twenty-four deaths, including 18 in Putnam County, have been reported across the area.