Deadly Tennessee tornado stayed on the ground for 60 miles 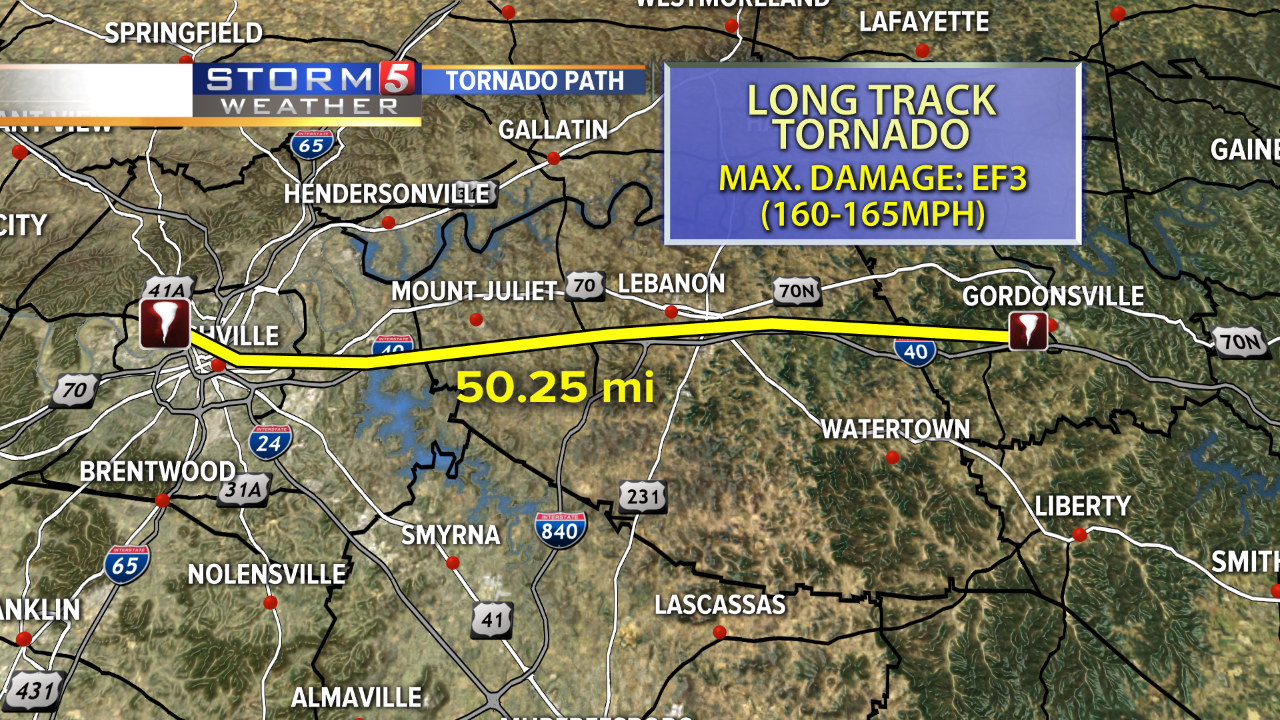 It's path, which varied in intensity, stretched roughly 60.13 miles from beginning to end beginning in the area of the John C Tune airport and ending 3.5 miles west of Gordonsville. Officials say survey teams are continuing to work where the tornado began.

The confirmed tornado strengths of this path are listed below:

It is one of the longest paths in Middle Tennessee history. However, it is not the longest tornado track to be recorded in Tennessee. NWS officials say there have been many other tornadoes with longer paths that have affected the state, particularly in west Tennessee.

In Putnam County, a violent EF-4 tornado with peak winds of 175 mph tore through the area, destroying 20 homes completely to their foundation, killing 18 and injuring 88.

An EF-2 in Carroll County had peak winds of 125 mph. It was on the ground for 12 miles, damaging trees, several houses, barns and grain bins.

In Benton County an EF-2 with peak winds of 125 mph was on the ground for 6 miles. The tornado damaged multiple trees, several homes and mobile homes. The most damage was in the Ballard Road area.

In Warren and Allen counties, an EF-2 with peak winds of 115 mph was on the ground for 2.2 miles. The tornado caused the most damage in the town of Alvaton, destroying three barns, two of which were sturdy concrete structures. It also made a direct hit on a well constructed home, exposing the plywood on the front of the home.