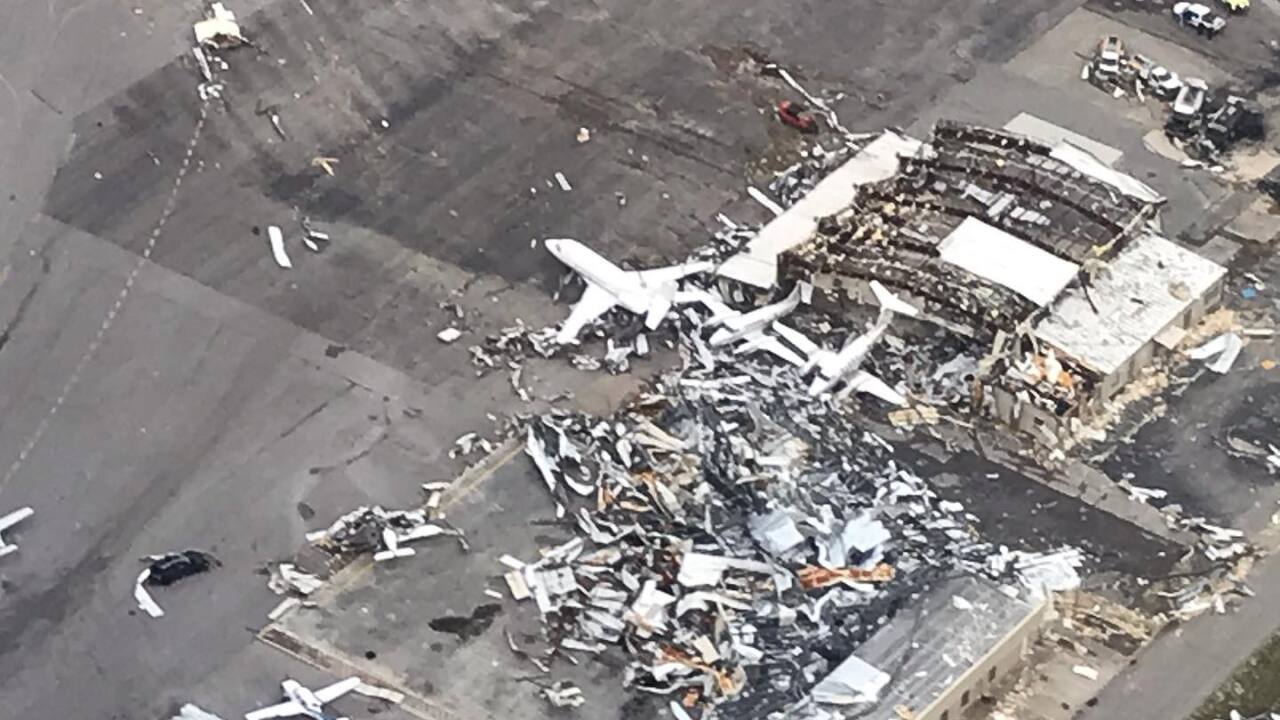 Airport officials said the terminal and other buildings -- including 17 hangars, airfield, pavement, navigational aids, signage, lighting, fencing, utilities and more -- were damaged. The storm caused an estimated $93 million worth of damage; however, that does not include damage to more than 90 destroyed aircraft and other personal property.

“The devastation wrought by this storm throughout the city and beyond is dramatic and a deep tragedy for so many of our friends and neighbors,” said Doug Kreulen, president and CEO of Nashville International Airport (BNA). “Our thoughts and prayers go out to all who have been impacted. While BNA was left unscathed, John C. Tune Airport was devastated. Still, we will immediately begin rebuilding and will open for operations as soon as it is safe to do so. Like all of Nashville, we will work together to recover.”

The Airport Authority activated its Emergency Operations Center to coordinate the response. The public was advised to avoid the area until further notice.

Aerial photos showed burn marks from when a fuel truck explosion happened. Sky 5, which was parked in one of the hangars, was also badly damaged.