Missing cat rescued in rubble after tornado returned to owner 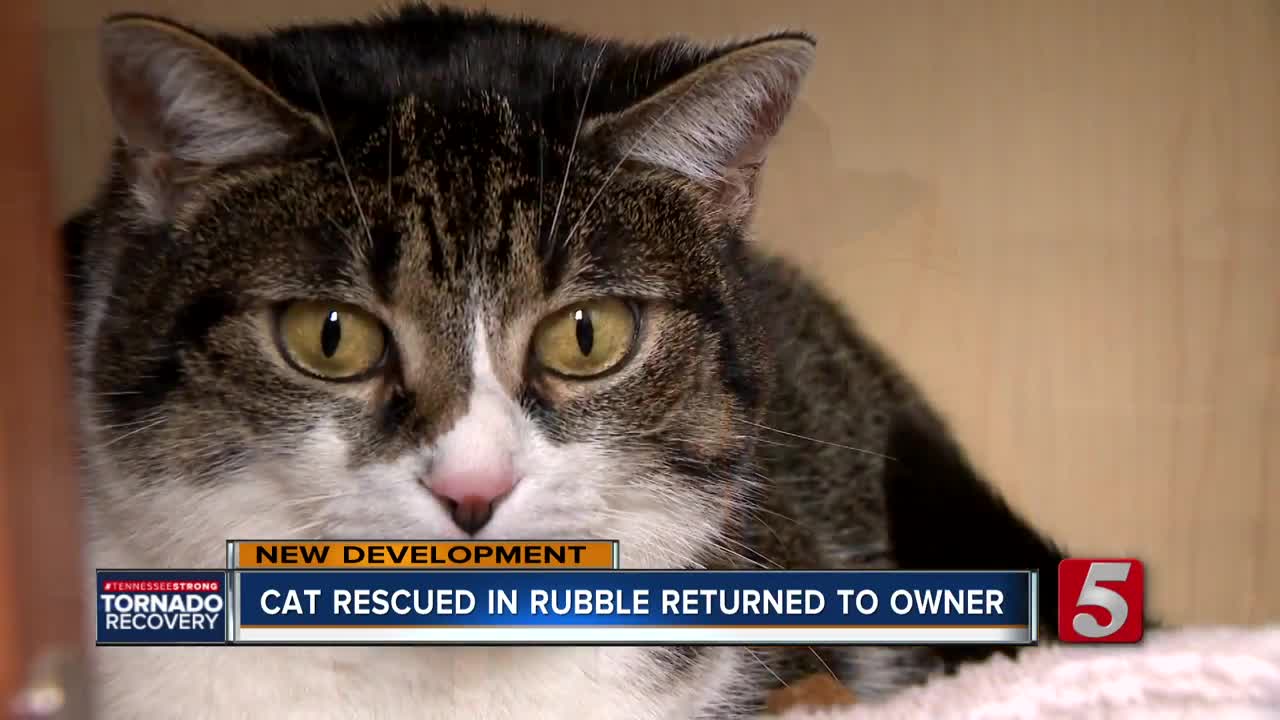 A missing cat rescued in the rubble after an EF-4 tornado ripped through homes in Putnam County has been returned to her owner. 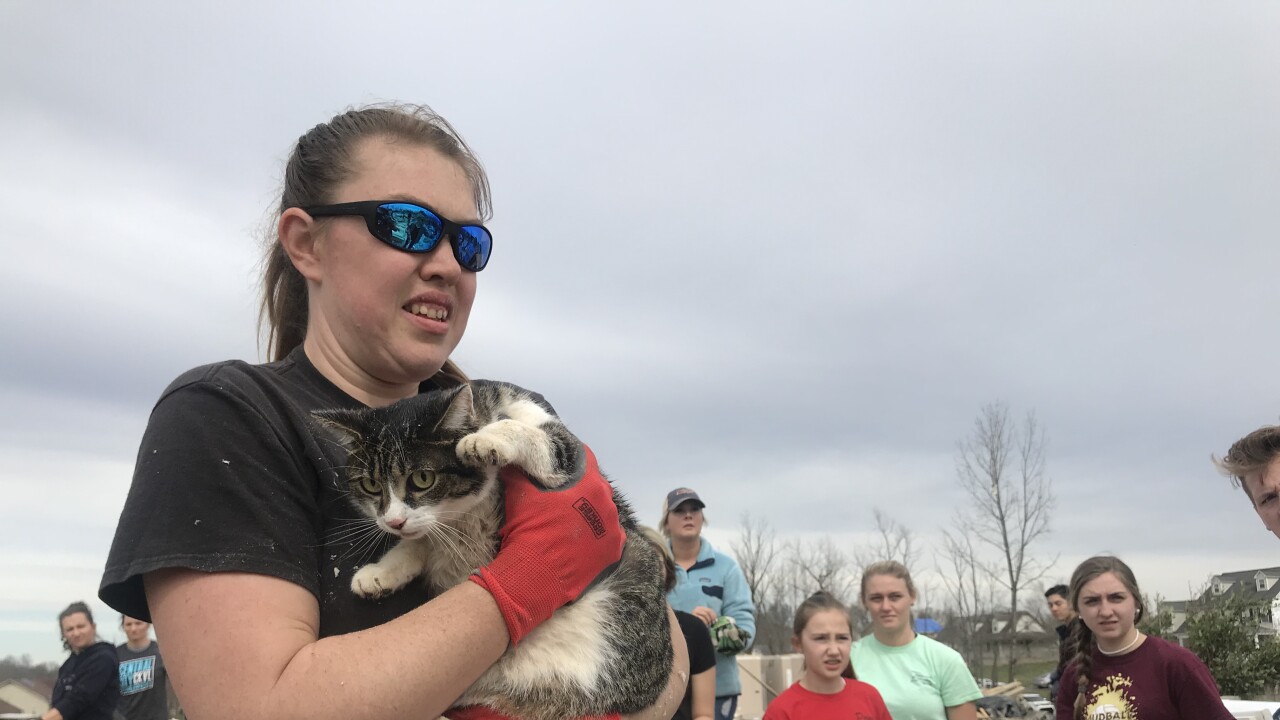 COOKEVILLE, Tenn. (WTVF) — A missing cat rescued in the rubble after an EF-4 tornado ripped through homes in Putnam County has been returned to her owner.

NewsChannel 5 was in the middle of interviewing Lauren Neal on her property on Charlton Square last Wednesday when a volunteer asked if she owned a cat. Dozens of volunteers were already helping Neal with clean-up efforts when someone found the cat underneath a pile of debris just a few feet away. The rescue was met with jubilation as they all frantically figure out who the cat belongs to.

It was a piece of good news near an area where 18 people, five among children, were killed. Video of the rescue ends with someone taking the cat away in a pickup truck.

Clare and her father Ray were stunned to learn their cat named Kitty Meow Meow survived the tornado. Like thousands of others, they watched the video shared on the NewsChannel 5 Facebook page and knew it was their cat.

"It was encouraging, and I couldn't wait to share it with Clare," Ray said. "Cat's more famous than we are which is fine."

Kitty Meow Meow was rescued when she was a kitten two years ago. She had been living at Ray's house which sits right behind Neal's home. Neal's teenage daughter was sucked out from her room by the tornado and is still alive after landing in Ray's pool.

Ray said he was lifted off the ground seconds after the windows to his living room were blown out. He suffered cracked two vertebrae as a result. Luckily, his children weren't home.

"Then I got swept up into the tornado feet first and I woke up flat in my back by the garage. It was cold and started to rain so I grabbed a piece of insulation to cover up," Ray remembered.

After being returned to Ray, Kitty Meow Meow was then taken to his niece Bridget Forman's home in Hendersonville until he finds a permanent place. Forman said the cat has taken refuge under her bathroom's sink. She has visited the veterinarian, received free grooming from Ma & Paws in Hendersonville and is considered healthy.