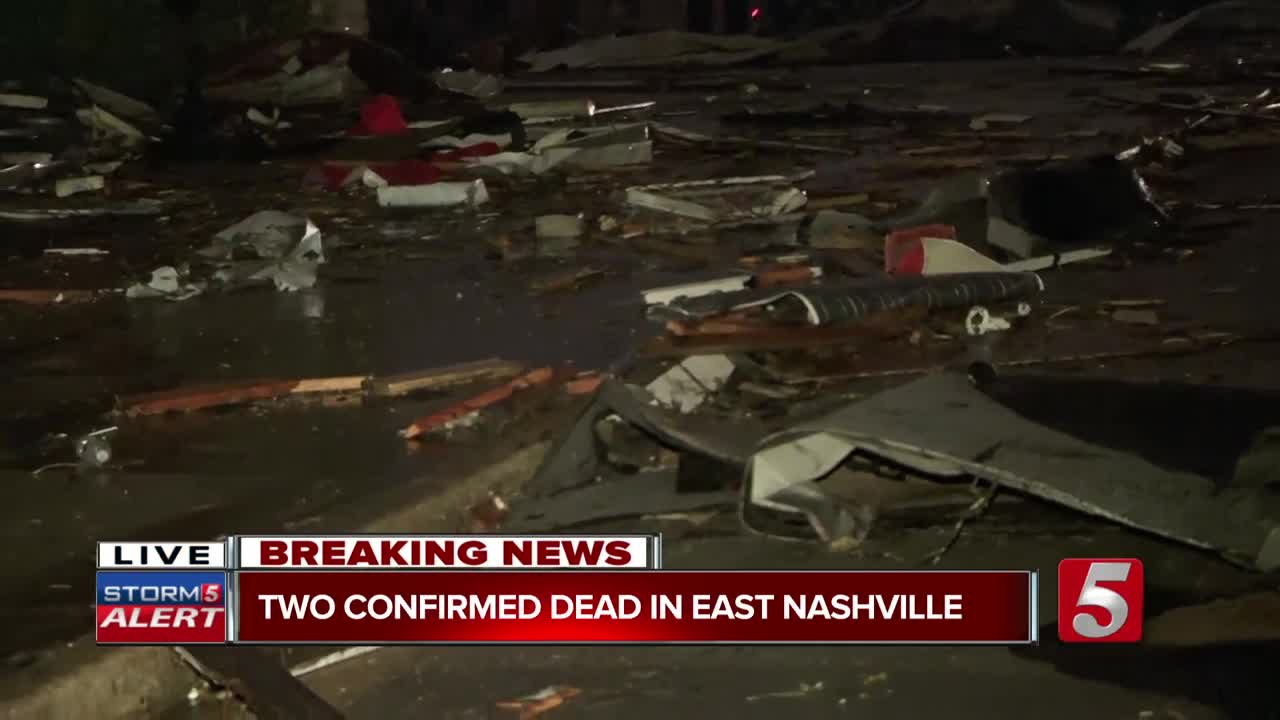 Two people have been killed in East Nashville after a tornado hit downtown overnight. 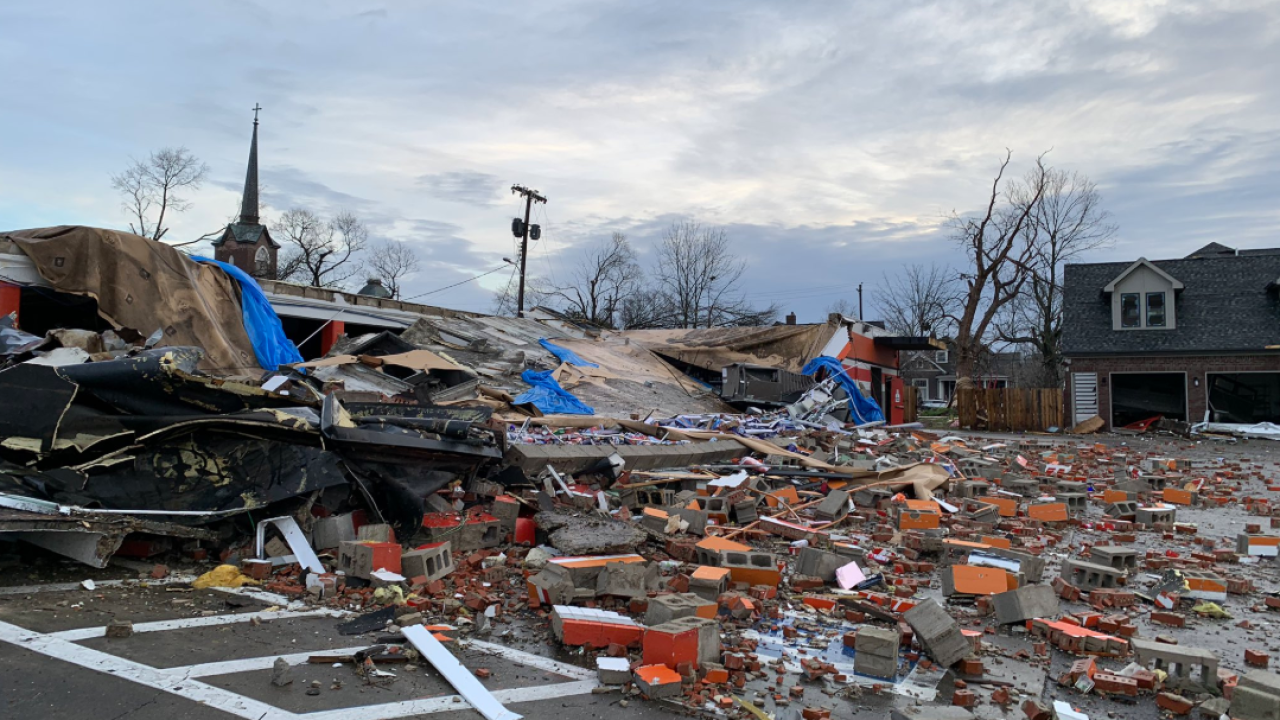 NASHVILLE, Tenn. (WTVF) — At least two people were killed in East Nashville when a tornado ripped through downtown. Twenty-four deaths have been confirmed across Middle Tennessee.

Across the city, residents began assessing the damage Tuesday morning. Many of them recounted the terrifying moments the tornado passed over their homes.

Mary Odom recalled the moment she was forced to hold on to her front door as the tornado swept across and destroyed businesses.

“The sky was white. It was so quiet – I thought ‘something is coming,’” Odom said. "I ran into my hall closet to where my hot water heater was. The whole building was shaking… I had to literally pull the door closed for what seemed like hours.”

Metro police confirmed the two deaths occurred in East Nashville. They said 36-year-old Michael Dolfini and his girlfriend, 33-year-old Albree Sexton, were killed shortly after they left the Attaboy lounge, where Dolfini worked.

The damage around the Five Points area of East Nashville is extensive.

I am in shock. The damage in East Nashville is so profoundly heartbreaking. Neighbors out here cooking meals for one another and salvage keepsakes ❤️ pic.twitter.com/ShlzmDVIKt

TERRIFYING! Two to three minutes after her boyfriend woke up to the sirens, a tornado ripped a woman’s unit on Main Street. She and her bf rushed out of their apartment and tucked themselves near the complex’s elevator. @NC5 pic.twitter.com/R1mVkTOc9g

Top floor unit at Amplify on Main. No roof, no walls, no permanent housing. @NC5 pic.twitter.com/Hj6YsSzRJQ

Governor Bill Lee toured some of the destruction across the city firsthand.