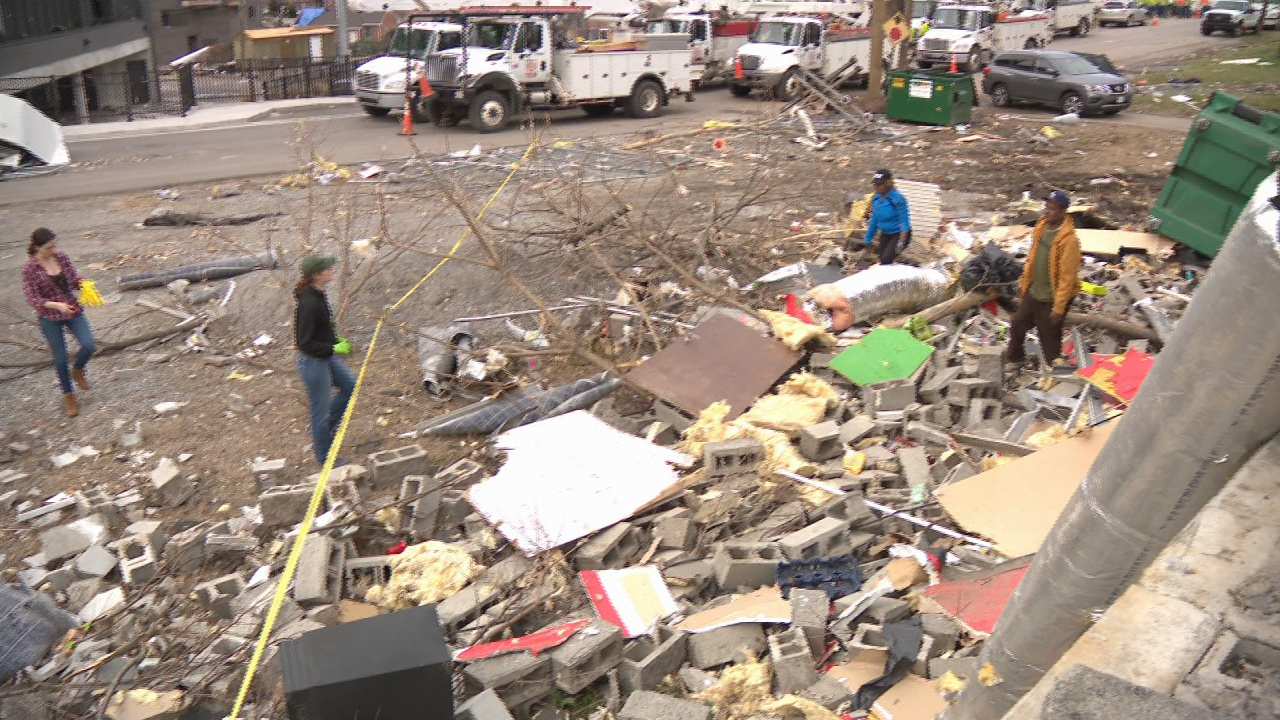 Following the immediate aftermath of the March 3 tornadoes, Public Works crews have focused on coordinating with emergency responders and utility companies to clear the right-of-way, make roads passable and offer assistance with the closing and reopening of roads.

Two right-of-way crews of three to five people and six inspectors have been working 12-hour shifts. These crews were out from 6:30 a.m. until 6:30 p.m.

Ten Metro Public Works trucks and 27 contractor trucks have been collecting storm debris during those same shifts. Trucks will continue circulating throughout the affected areas multiple times over the next few days and weeks. Residents are encouraged to move debris to the curb and leave it there. Instructions for separating debris can be found on the Metro Public Works website.

A list of what has been accomplished since the tornadoes devastated Nashville is below.