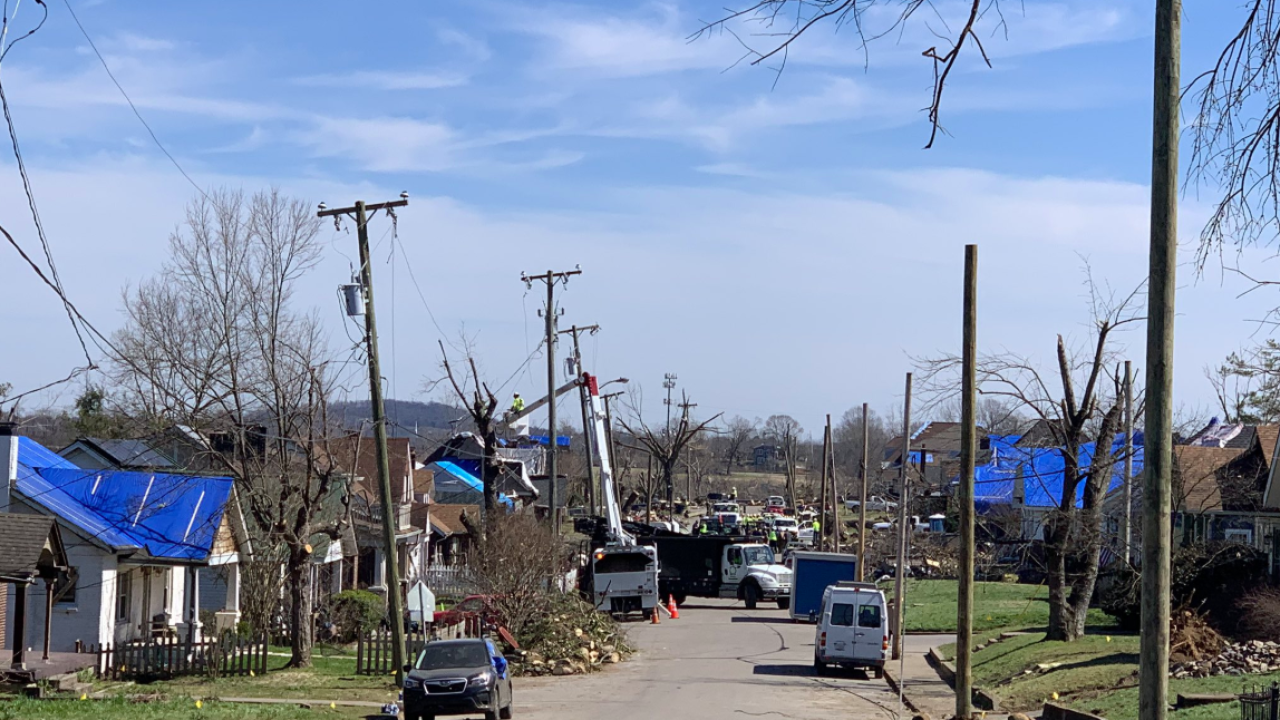 Nashville Electric Service crews have worked around the clock to restore power to thousands of residents. At the peak of the outage, nearly 50,000 were without power in Nashville.

NES says 230 crews are working to restore power to the 3,364 customers who are still affected.

NES will turn off the power to 600 customers in North Nashville for one hour on Tuesday morning. NES said this will be to take down the Underwood Substation for additional repairs.

Metro Public Works crews have also been working to clear roads of debris. Initially, 116 roads were closed but 91 have reopened – bringing the total of current closures to 25.

Below are roads closed on Tuesday: