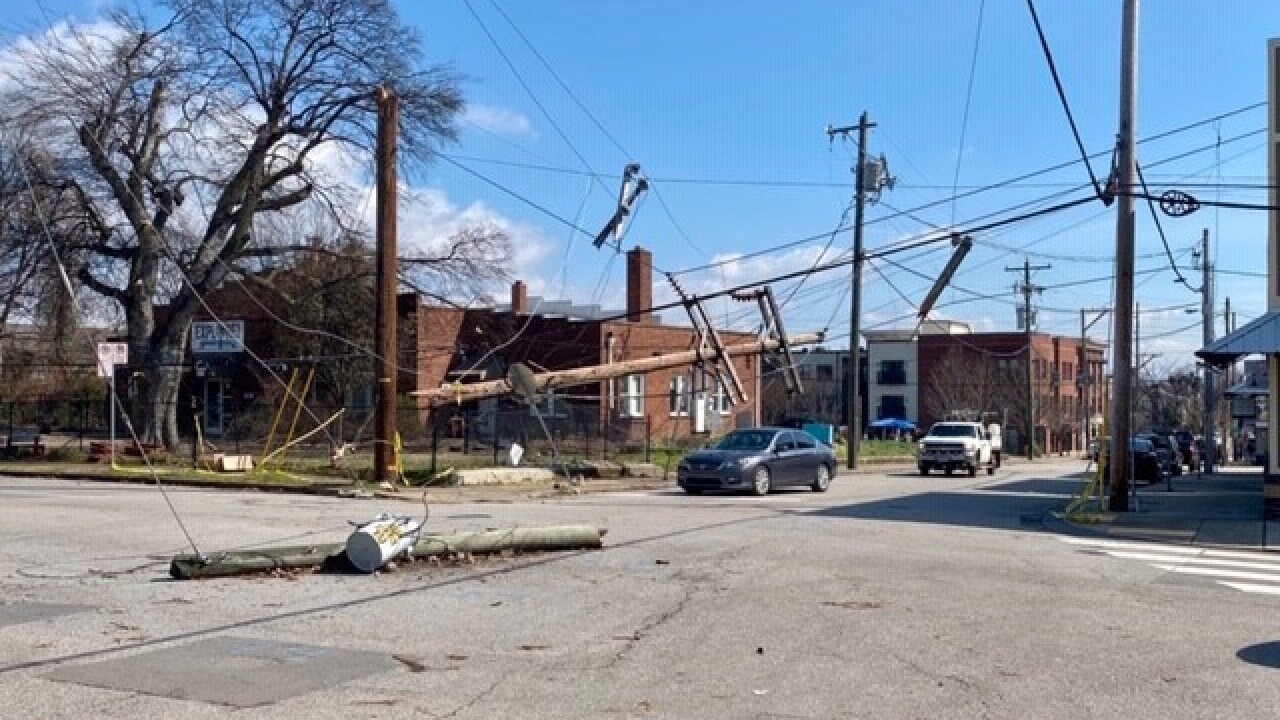 Sunday evening, NES reported they've restored power to all but around 5,882 customers since Tuesday's tornado. At the peak of the outage, nearly 50,000 were without power in Nashville.

The number of power poles broken was about 914 – compared to 200 broken poles from the 1998 tornado. So far they've replaced about 350. North Nashville has the highest number of broken poles.

NES asked for the city’s continued patience, saying it takes time to replace all these poles and they “won’t stop until power is restored.”

They will continue work on Sunday, including rebuilding the entire electrical system in the Rosebank area of East Nashville. This will result in some road closures.

NES also reminded customers just because you don't see crews in your neighborhood, doesn't mean they aren't working to get the power back on in your area.

North Nashville is one of the areas impacted by the power outages. NES said in order to get the power back in North Nashville, crews have to first fix transmission lines to two of its substations before they can repair the substations.

Nashville Mayor John Cooper says the EF 3 tornado, with winds up to 165 mph, lifted debris 20,000 feet in air and cut a 52-mile path through Middle Tennessee. The tornado closely followed the path of two previous tornadoes – in 1933 and 1998 – all of which hit the Five Points area.

Cooper said FEMA is also on ground assessing the damage.

Metro Public Works has cleared 33 streets of debris which is only about 30% of total roads. Seventy-nine roads are still closed. Public works crews will also begin picking up curbside debris today.

NES said Wednesday's priorities were to restore power to the water treatment plant and TriStar Summit Medical Center and continue to repair the substations and transmission lines in North and East Nashville.

The spokesman said NES plans to have significant progress done by Friday to repair three substations.

Their initial estimation was to have full restoration by Monday. They now anticipate work will continue throughout this week.