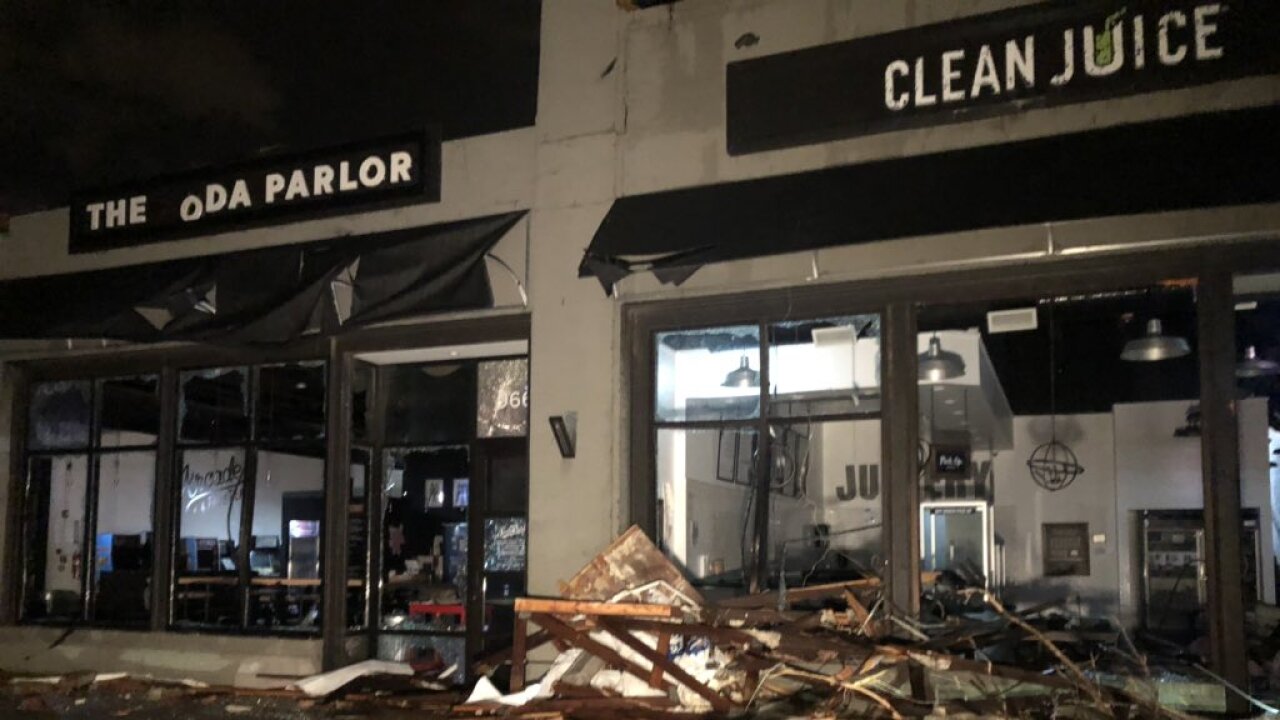 NASHVILLE, Tenn. (WTVF) — The owner of the Soda Parlor in Five Points said his business was looted after being extensively damaged in an EF-3 tornado.

The restaurant, which has been open for about six years, was among the many badly damaged businesses in the popular East Nashville area.

Rogers said looters took money out of the restaurant's safe and picked through the soda.

Despite that, Rogers said his first worry is the employees that are out of a job for the time being. He said he plans to start a GoFundMe account that would raise money to give Soda Parlor employees money to find a new job, help remove and store everything in the shop that wasn't looted, and donate to charities benefiting others that were affected by the tornado.

"There is a very lengthy road ahead of us and some many people in Nashville. We got this. I look forward to the day I lift a float with all again," Rogers said.

As of Tuesday afternoon, the GoFundMe account had already reached above $8,000.