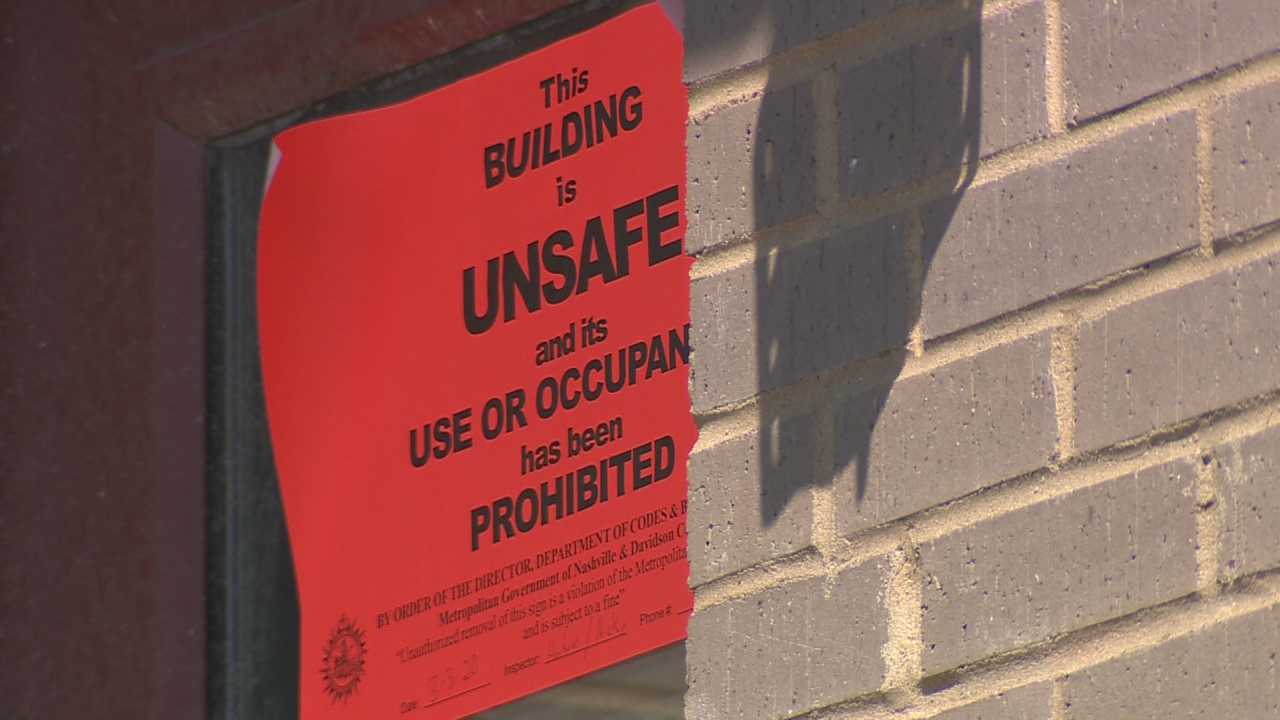 NASHVILLE, Tenn. — Tenants living in several Germantown apartment complexes were heavily damaged by Tuesday's tornado were told they have to move out.

The evictions came after the deadly EF-3 tornado ripped through the buildings, causing extensive damage to the roofs, windows and structures of the apartments.

Germantown Place got the worst of it. Bricks were pierced by wooden boards. Glass exploded inward and door frames were warped by the power of the tornado.

Due to the damage, residents told NewsChannel 5 they have to move out. Austie Taylor talked to us while moving his mother out of her ground-floor apartment. He said tenants were given until Sunday to finish.

"They are tearing it on down; so, the building will be no more. Everybody is moving out," said Taylor.

Apartment management wouldn't say when the demolition would happen.

Just two blocks away at Vista Germantown, residents were also told they had to leave.

Friday afternoon, apartment employees escorted tenants up to their apartments to collect belongings. The roof was heavily damage at Vista, but an apartment manager said the building would be repaired in about three months.

"The entire community sustained substantial damage. We have some structural repairs that need to be done. We also had some debris damage. Of course, we also have water damage. So, pretty much every part of the building has issues," said Carrie Regan, Regional Manager for the management company.

Brandis Blodgett was coming back to her apartment Friday to retrieve her social security card. She and her roommate had moments to escape the tornado Tuesday morning.

"We did not get much of a warning. We saw on the news that it was two blocks away," she said. "So, we just flew out of bed and ran. As we were running, the tornado was on us. We just kept thinking if we were in there any longer or waited any longer it would've been a different story for us."

Blodgett said it's nice to have some of her belongings as they give her a sense of normalcy again.

"It's a lot to take in to think how different your life could've been. It makes you think about life and just hugging people more tightly," she said.